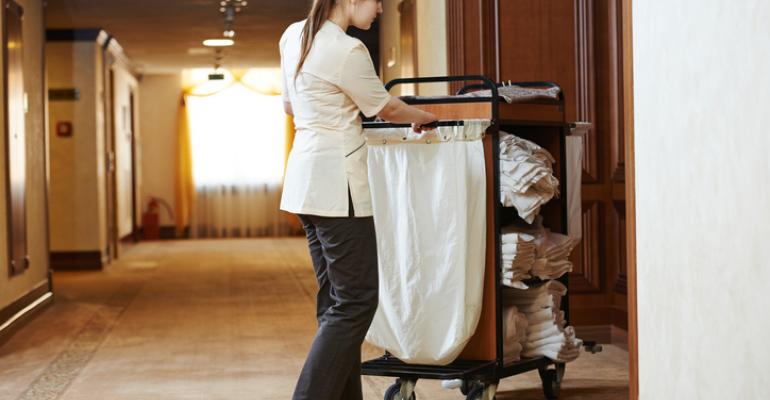 Safety measures are becoming more common for housekeeping and other staff routinely at risk of abuse.

The recent spate of sexual harassment scandals may be helping hotel workers make the case for employer-provided safety procedures. Unionized hotel workers in New York City have access to safety features because of the 2011 case of Dominique Strauss-Kahn, the former managing director of the International Monetary Fund. Strauss-Kahn was accused of sexually assaulting a housekeeper at the Sofitel New York Hotel, and although the case was ultimately dismissed, it highlighted the vulnerability of employees working alone in large hotels. Members of the union Unite Here working in NYC hotels have had access to GPS-equipped panic buttons, electronic whistles that alert security personnel, or iPads that can trigger a call for help since 2013.

The recent scandals involving Harvey Weinstein and other high-profile celebrities have helped the case for hotel workers outside NYC to get similar protections. In Chicago in November a city ordinance now requires that hotel housekeepers be given panic buttons that identify their location. According to the Miami Herald, authorities in Miami Beach are looking into legislation on mandatory panic buttons for hotel staff, and possibly other protections for workers who report harassment and monitoring for guests with a history of improper behavior.

Other cities in the U.S., including Seattle, Wash., have adopted similar policies.

Sexual harassment is a serious problem for women working in the hospitality industry, due in part to "the unusual hours and conditions of work, the interactions of persons in the delivery of service, and traditional personnel practices in the industry." Women who work as hotel employees report facing sexual harassment from coworkers, supervisors, and hotel guests.

A 2016 report by Unite Help found that more than 50 percent of housekeepers had dealt with some kind of sexual harassment.