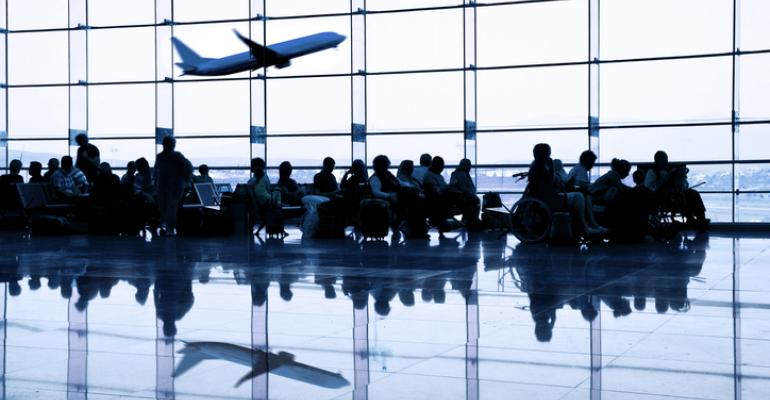 Why is it that we can send astronauts to the space station but boarding a plane is an epic nightmare?

As I brace myself for a flight to the U.K. over the busy Thanksgiving travel period, I noticed a couple of travel stories that have done nothing to reassure me that airlines and airports are able to reduce the hassle of overcrowding and delays.

The first one details an attempt by British Airways to speed up boarding by adding steps to the rear of the aircraft. The plan was to let passengers who thought they were at the back of the plane board using the steps, and passengers who thought they were at the front of the plane use the normal airbridge route. What could possibly go wrong? Well, a lot. As the story says, “A stream of passengers going from front to back met an equal and opposite flow who had boarded at the rear and were intent on reaching their seats in the front.” Inevitably, the flight was delayed.

Last year, United trialed and then abandoned a very complicated method that divided passengers by seat type: windows first, then middle, then aisle. Obviously, families traveling with small children would have to be exempt from this while people showing up late would still disturb those already seated, so the system would not work 100 percent of the time. What’s more, savvy travelers could book a window seat in order to be sure they have enough room to store carry-on bags, causing resentment among those who might have paid more for an aisle seat with extra legroom but are forced to check their bags at the gate. On most Southwest Airlines flights, the model is basically a free-for-all: Passengers sit in any empty seat they choose.

There is no perfect system for managing what airlines have called “self-loading freight” but here’s my preference: Allow flyers to book an assigned seat, but let them begin boarding once an agent arrives at the gate. People who are generally early, like me, can get settled and read a book on the plane just as easily as sitting at the gate, and families traveling with young children will spend more time exploring the terminal and less time making toddlers stand in line. Instead of one big crush, passengers will probably arrive a few at a time, making the boarding experience less stressful for everyone. I ran this idea past a friend of mine who’s an airline employee, however, and she gave me a few reasons why such a system would not work as intended.

If anyone has a better idea, I’d appreciate it if you’d inform the airlines before my flight ths week. Happy Thanksgiving!