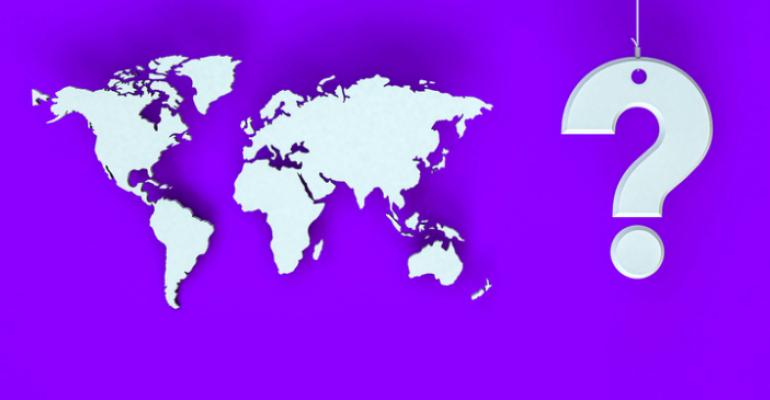 A New Wordle for Travel Pros?

Are you a meeting professional with a well-stamped passport? This Wordle spinoff might be your next fixation.

You’d have to be living under a rock to miss the Wordle phenomenon. The web-based word game that launched last October reportedly has 14 percent of American adults trying to figure out each day’s five-letter mystery word.

So, it’s probably no surprise that Wordle, a daily topic of conversation among colleagues and friends, has generated a sea of spinoffs. There’s Lewdle (Wordle but with obscenities), Absurdle (the target word changes as players make their guesses), and Nerdle (Wordle but with math equations). However, it’s a new version called Worldle (note the extra L) that could be catnip for well-traveled meeting pros. Launched in January, Worldle puts a geography twist on the much-loved, quick-hit game. 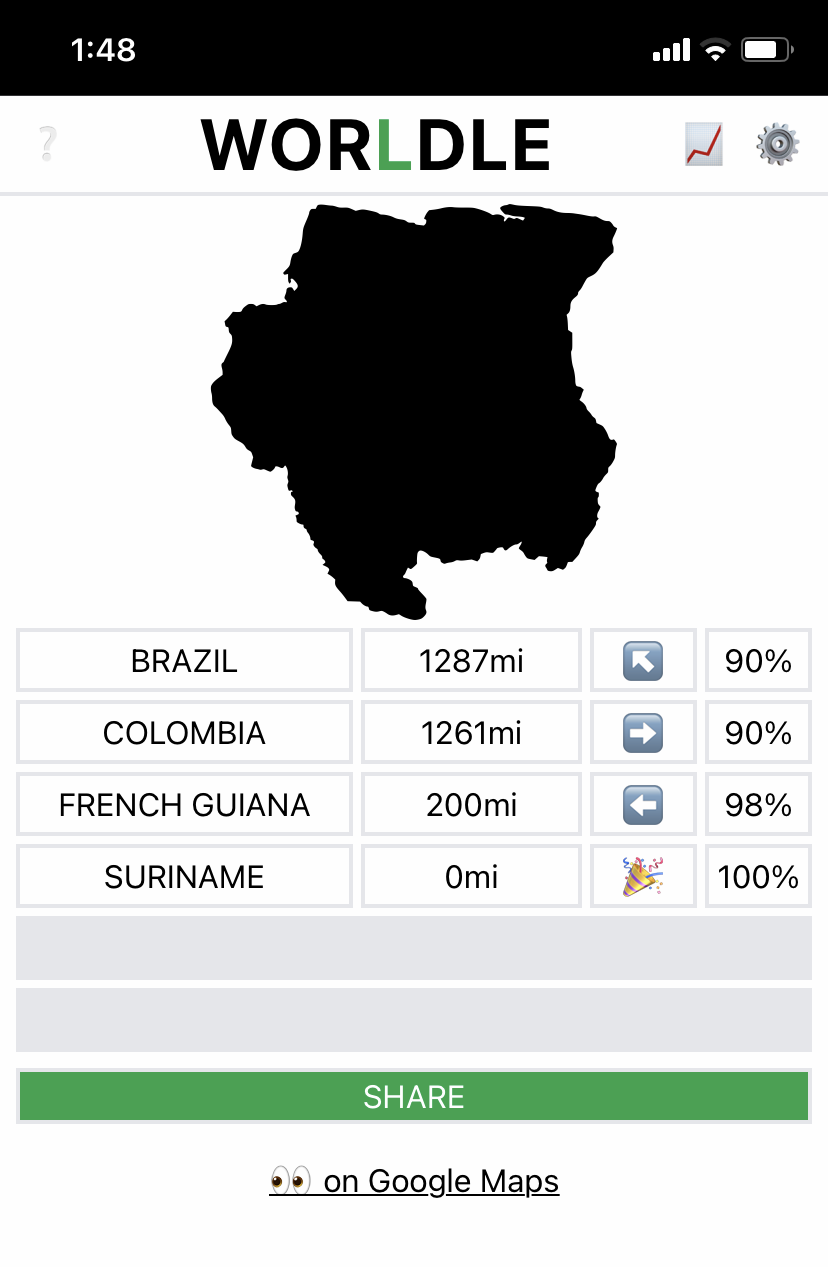 In Wordle, players have six attempts to guess a five-letter word, with feedback given on each guess about which letters are in the word and/or in the correct position. Similarly, in Worldle, players have six attempts to guess a country, which is shown only as an outline without the countries that surround it. After each guess, players are told how many miles away their guess is from the target country, and in which direction. For example, the first guess on the example at left, Brazil, is 1,287 miles from the country pictured. (Distances are calculated from the center of each country even when they share a border, which is a bit confusing.) Four guesses later, the player hit the mark: Suriname.

While most planners will be more familiar with destinations in Europe and Asia than the northeast coast of South America, the fun is simply playing the game—and in knowing where you’re headed if the next site inspection lands you in Paramaribo, Suriname.