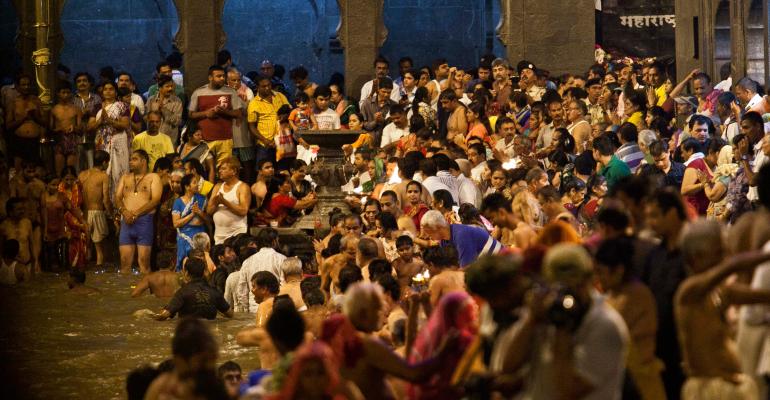 A Meeting Visible from Space

A $397 million event budget sounds quite generous until you consider that this particular event draws more than 120 million attendees. In contrast, Summerfest in Milwaukee, Wis., attracts only around a million visitors each year, and the largest trade show in the U.S. is CES with a paltry 182,000 attendees. If you want to start the year off by taking inspiration from some of your fellow meeting planners, read this story about India's Kumbh Mela religious festival, a gathering so large it is visible from space.

Between 15 and 30 million Hindu pilgrims will arrive in the northern Indian city of Prayagraj each day to bathe where the Ganges, Yamuna, and Saraswati rivers meet, and the stats for making the 49-day event possible are breathtaking: 524 buses, a 100-bed hospital and 10 clinics, five warehouses of food, 22,000 sanitation workers, and 120,000 toilets.

The event officially starts on January 15th when attendees will fill up the 12 square miles containing a tent city and platforms for sacred bathing.