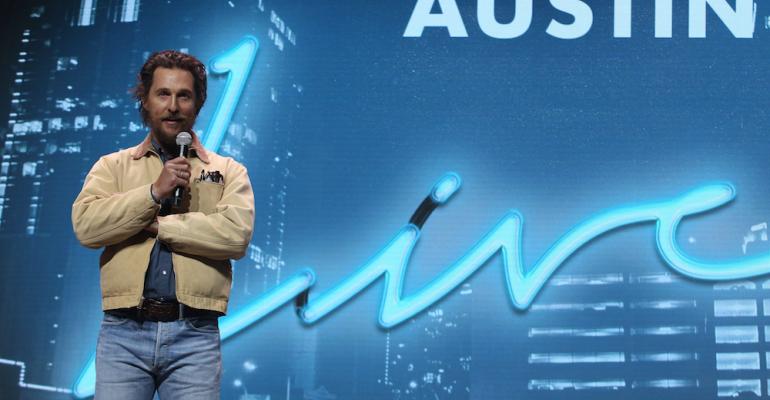 I’m thrilled to be writing about the most creative and competent professionals I’ve ever met.

The best thing about working in the meetings industry, and probably any other industry, is meeting new people and traveling. So I was absolutely thrilled to join the staff of MeetingsNet as senior content producer in January. I was even more thrilled to start the new job with a trip to Professional Convention Management Association’s Convening Leaders 2017 in Austin, Texas, but truthfully there were certain aspects of going to the conference that I was not looking forward to.

Confession: Although I have written for several different industries including live entertainment, technology, and news, it has been a while since I was a regular tradeshow attendee. In fact the last time I was at the Consumer Electronics Show in Las Vegas we called it Comdex and the only use for a cell phone was to make phone calls—imagine that! So when I set out for PCMA I had some preconceived notions about events; let’s call them the wait/weight of conventions.

1. I would have to queue. I once spent an hour and 10 minutes standing in a taxi line outside McCarran International airport in 95 degrees, and I’ve routinely queued up for 45 minutes at registration at other shows waiting for my press pass.

2. I would gain weight. You’ve heard of the Freshman 15? There is a Convention Four.

So you can imagine the absolute thrill of arriving at Austin-Bergstrom to find my press pass, a cocktail, and a bus to the hotel waiting for me. And the best part: EVERYONE was treated like a VIP. I walked into the convention center feeling as though I was valued, that I was part of something.

And the surprises continued. Instead of the impersonal space that I remembered from tradeshows past, there were local musicians playing around the venue, reminding us all that Austin is the Live Music Capital of the World, and PCMA had arranged for a couple of hometown boys to delight their attendees. Matthew McConaughey was a surprise speaker on the first day, and Willie Nelson closed out the event with a live performance in a new venue by the river. Making a connection with the host city makes a huge difference, as well as enjoying the live music in between sessions McConaughey’s welcoming speech and his pride in Austin made me feel more at home in a strange city and encouraged me to go out and enjoy local restaurants and music venues. It’s especially important now, when attendees can have red state/blue state anxieties, or feel unwelcome because of international tensions and immigration policy. A personal welcome goes a long way to helping everyone enjoy the experience and forget about concerns in the larger picture.

As for the expected weight gain, I had read about the healthy food trend but found it so much more appetizing than I expected. My table at one lunch (you know who you are!) thoroughly enjoyed shaking up our salad-in-a-mason-jar while singing the “Macarena,” and I actually ate mine afterwards instead of skipping it to leave room for dessert. Going through my receipts after the trip I realized I had no food receipts from Tuesday and I was puzzled until I remembered that was the day attendees were treated to tables of chocolate strawberries. I may have broken a world record for chocolate strawberry consumption that day. Hey, don’t judge me, it’s fruit!

The experience was a marvelous introduction to the meetings world and the extraordinary competence and creativity of industry professionals. Meetings planners, I love you!