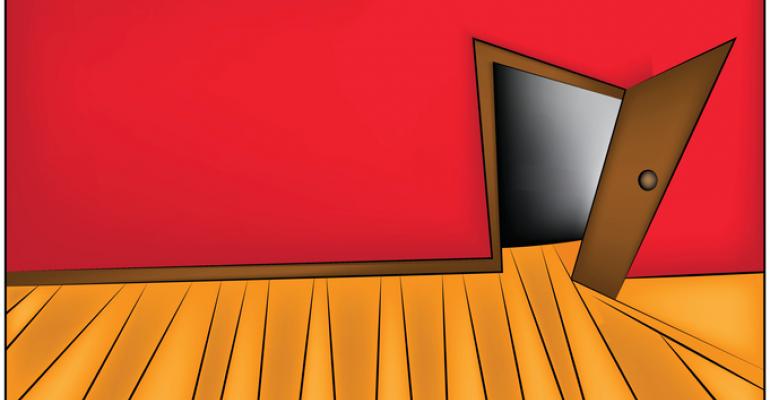 Hotel Design Disasters, We’ve All Been There

Bathtub in the bedroom? No way to charge your phone? If hotels are designed to be a home away from home, then your home is pretty weird.

It’s rare that a story in The Washington Post is so funny it makes me snort my coffee, but a recent column by Christopher Elliott, co-founder of Travelers United, will strike a chord with everyone who regularly stays in hotels. The column, entitled “There’s a window in my shower—and other hotel design flaws” details an apparently deliberate lack of bathroom privacy, sinks with no storage space, and a bathtub placed next to a bed. I’m fortunate enough not to have encountered these issues, but I’ve had my share of hotel stays that made me scratch my head and think, “Why on earth…?”
Like the time in Virginia when our designated parking space was about half a mile around the other side of the building from our hotel room. There was a shortcut through one wing of the building, but our key card would not let us through that part of the hotel. We asked at the front desk why parking slots appeared to have been given randomly to visitors staying in distant rooms and were told that after a renovation some room numbers changed and they hadn’t gotten around to repainting the parking space numbers. When was the renovation? Seven years ago. We decided the exercise was good for us and let it go, but I often wonder if they ever repainted the parking numbers or if guests just started rebelling and parking wherever.
This summer I stayed in two London hotels, one near South Kensington and one in Chelsea. Arriving late in South Kensington after a long plane journey my family wanted to recharge our phones but the electricity to the room went off at midnight. The next morning I mentioned this at front desk and the lack of surprise from the receptionist made me think it was a deliberate cost-saving effort. My complaint elicited a very British response; he said, “No one else is complaining.”
The hotel in Chelsea had RFID chips in their towels, a feature I thought was amusing enough to ask about at the front desk, where the company representative denied it. After I showed her a photo of the RFID Technology label on my phone she replied, “Maybe it’s just your room?” Great! Apparently I have an international reputation for stealing towels. Douglas Adams, author of The Hitchhiker’s Guide to the Galaxy, would be proud.
Click here to read Christopher Elliott’s Column in The Washington Post, and drop us a line to tell us about your favorite a hotel fails.