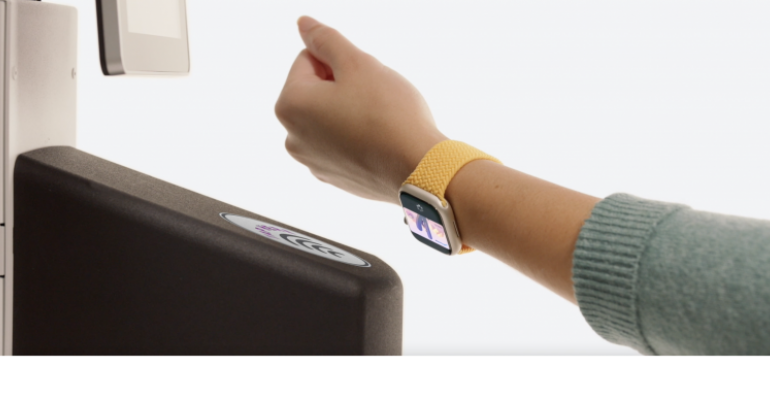 A First for the TSA: Mobile-Phone IDs

At one U.S. airport, passengers can now put their driver’s license in an iPhone or Apple Watch to verify their identity for airport-security screening purposes.

Here’s a question that will make a good piece of travel-pro trivia down the line: Which airport was first to allow passengers to use an iPhone Wallet or Apple Watch for identity authentication in the security-screening process?

The Transportation Security Administration, the state of Arizona, and Apple have worked together to allow a digital version of driver’s licenses and state-issued IDs to be uploaded to the Apple Wallet app for identity verification at airport checkpoints. Passengers using the new system will tap their iPhone or Apple Watch on the TSA’s Credential Authentication Technology reader, a touchless process that is described as fast and secure.

Initially, this new capability, which launched March 23, is available only for TSA PreCheck passengers from Arizona and only at Phoenix Sky Harbor. TSA says it expects “the capability to roll out to other [Phoenix] passengers soon.”

“Phoenix embraces innovation, and this new technology promises to improve passengers experience while ensuring vital security,” said Phoenix Mayor Kate Gallego. “We are proud to partner with Apple in being an early adopter of this modernization.”

Both iPhone and Android users can already store plane tickets, credit cards, and hotel keys in digital wallets. And a number of states, including Colorado, Louisiana, and Delaware, offer digital driver’s license apps that can verify the holder’s identity; however, they’re not integrated with TSA and the Department of Homeland Security’s REAL-ID verification requirements for use at airports. Apple has announced that it’s currently working to bring the driver’s license feature to iPhone users in Colorado, Hawaii, Mississippi, Ohio, and the territory of Puerto Rico.