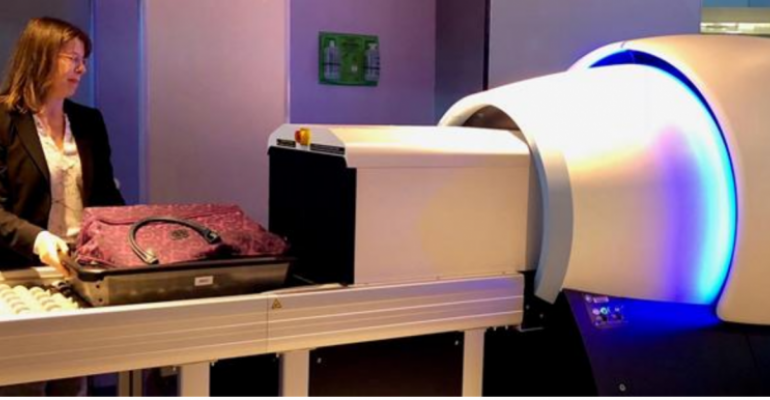 Last week, the Transportation Security Administration began testing a new computed tomography checkpoint scanner at Washington Dulles International Airport, the technology that could reduce the time it takes travelers to snake through airport security lines by allowing laptops and small-size liquids to stay inside carry-ons rather than getting a bin all their own.

The big difference? Current security scanners take two-dimension pictures of a bag’s contents while the CT scanners create 3-D images that can be viewed, rotated around three axes, and zoomed in on to get a clear picture of what’s inside. It’s similar to the scanners used on checked baggage to detect explosives.

Dulles is the fourth airport to get a CT scanner. In June 2017, the first units began testing in Phoenix Sky Harbor International and Boston’s Logan International. The next was installed in New York’s Kennedy International in July 2018, and the Dulles installation marks the beginning of a ramp-up that will see new scanners in 40 airports around the country by the end of the year. TSA says more than 145 will be in use by the end of 2019.