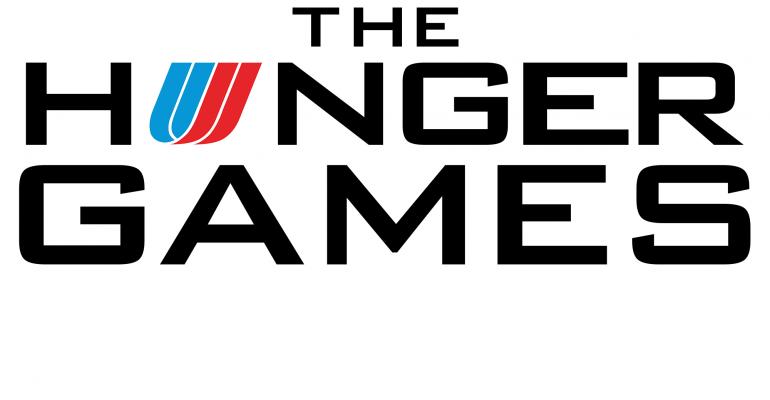 Commercial Air Travel Should Not Be Like The Hunger Games

Let's use the United Airlines fiasco to make a better bump list.

The recent United Airlines public relations fiasco that resulted from a passenger being dragged off a domestic flight has already been discussed and written about at length, but if we can find one useful thing to glean from the debacle it is that we are all much more aware of passenger rights and airline policies. If you are still unsure of the (depressingly few) rights you have as an air traveler, go to the U.S. Department of Transportation page on “Fly Rights” and scroll down to Overbooking/Involuntary Bumping.

One airline procedure that I was shocked to find out about is the creation of a randomly generated “bump list” for every flight. My first thought was, “What is this, The Hunger Games???” For those of you who don’t know what The Hunger Games is, congratulations! Either you don’t have tween girls or you do, but their taste in books skews more to Austen and Dickens than Suzanne Collins’s young adult fiction. The novel details a dystopian future where children from the poor Districts are forced to fight to the death for the entertainment of the wealthy people of Capitol city.

Why is an airline bump list like the Hunger Games, you may ask? The reason is because the selection for the death match/involuntary bumping is supposedly random, but in actuality it is not random at all. The rich and privileged residents of Capitol city are not entered into the lottery and, according to airline experts, neither are certain groups of air travelers.

Some of the exemptions are obvious, and arguably defensible, Capitol city dwellers of the skies. A parent traveling with a young child, for example, would be a bad choice to leave at the gate while the child ran rampant around the cabin. Likewise a passenger with a connecting flight—why solve an overbooking problem on one flight by creating a re-booking headache on another?

The other class of people left out of the bump list lottery is frequent fliers, the loyal travelers who make up the airline’s most lucrative customer base. “Quite right too!” I hear some of you cry, but is this unadvertised perk really fair? You have earned the free upgrades and private lounge, but how do you "earn" the right to go from A to B when everyone paid for a ticket? I was once on a flight with a woman who had saved for two years to visit her grandparents and she was beside herself when the flight home was delayed because she knew she would lose her job if she couldn’t make it into work the next day. The odds are if you are traveling on business, you won’t be fired for returning home late. This lady worked retail shifts for a company not known for treating its workers well; a couple of hundred bucks is no compensation for losing your job. Other examples: Do frequent fliers deserve their seats more than someone rushing to see a sick relative? And how would you feel if the bumped passenger is your keynote speaker at an event and now you have a big hole in your program?

My point here is that having a bump list cannot take into account all the reasons humans travel and all the ways delays can affect them. It is unfair, probably unethical, and on some occasions, just like in The Hunger Games, leads to violent situations when paying customers are manhandled off flights.

Oscar Munoz, United Airlines CEO, said in one of his multiple apologies, “We had not provided our front-line supervisors and managers and individuals with the proper tools, policies, and procedures that allow them to use common sense.” So here is my suggestion for upgrading the bump list policy. Instead of having some computer system from IBM or Hewlett Packard generate the list from a restricted pool of people, why not have passengers enter their own terms for voluntarily being bumped when they print out their boarding passes? And let’s make the terms standard for ALL airlines. I can’t prove it, but I would be willing to bet that there were passengers on that United flight willing to leave for a bigger incentive but the crew stopped offering carrots and decided to use the stick. If the terms are standard across all airlines and not dependent on a complicated seat price percentage formula (see government guidelines mentioned above) then passengers don’t need to hold out for a better deal because they agreed to a number before they reached the gate. The benefit for airlines would be knowing a minimum of two hours before the flight how much money they will lose if they’ve overbooked or don’t have an alternate plan to transport crew members. The boarding pass bump options could accommodate a range from “I will take a flight up to 8 hours later for $1,000 cash,” to “You will have to pry the armrest from my cold, dead hands.” This way there is no bidding war, and no other kind of battle, either.

I’m sure the airlines will disapprove of this plan. They probably assume that uncertainty works in their favor when passengers allow themselves to be bumped for smaller compensation amounts. But we need to remind them they are already playing the numbers by habitually overbooking flights in the first place, and this is customer service, not the Vegas Strip.