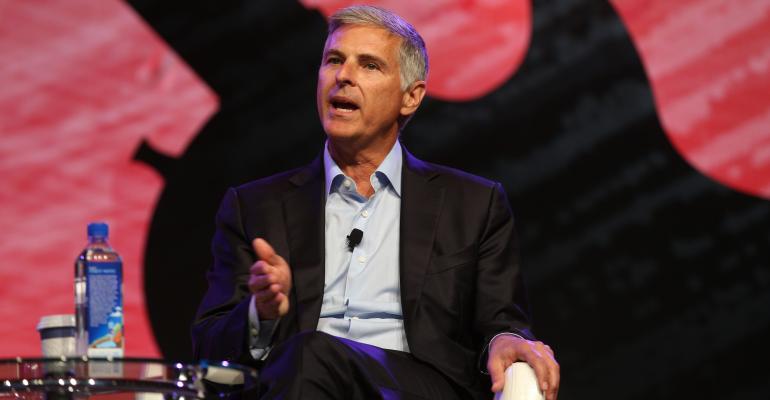 A PCMA lunch discussion revealed the Hilton president and CEO’s optimism on the future of meetings, travel, and the hotel chain.

During a celebration lunch at the Professional Convention Management Association Convening Leaders conference in January, in Nashville, Tenn., Christopher Nassetta, president and CEO of Hilton Hotels talked about his background and what the future holds for Hilton.

In conversation with moderator British journalist Nick Ross, Nassetta said that he has been in the hotel business since the age of 16 when he took a summer job at a Holiday Inn as, “the lowest person on the totem pole.” His main job, he said, was to deal with “Code Browns,” or bathroom cleaning, and he used his own career as an example of how travel and tourism offer opportunities for upward mobility, something Nassetta said is rare in many American industries. He said, “Hilton has more than 5,000 properties, which means we have more than 5,000 general managers who lead dozens of workers. Almost all of them started in much lower positions, sometimes entry level; you don’t see that in many other industries. But Hilton is not just a hotel company, we are a branding company, a construction company, we have employees in accounting, sales and marketing; we are a little bit of everything.”

Nassetta was asked about Airbnb and whether he sees it as a threat to Hilton. He replied, “We are not afraid of Airbnb. They are in the business of lodging, and we are in the business of hospitality.” He added that Airbnb may be creeping into room blocks, but they are a value proposition, and data shows that they are only making inroads in the MICE market in areas such as San Francisco where there are not enough hotel rooms for large conferences.  He said, “We may lose some of our business to the sharing economy, but we are at the highest level of occupancy we have been in the history of our company.”

Nassetta’s recipe for supporting growth in travel and tourism is twofold. “We need to create an environment that is welcoming to international travelers by keeping the U.S. a welcoming destination, and to take advantage of trends indicated by Big Data.” Understanding future trends is key, Nassetta said. “We are the industry that delivered floral bedspreads and never really thought about whether that is something guests wanted; now we are able to measure and implement real needs and preferences.” Hilton has been opening hotels at a rate of more than one a day and is currently investing in 350,000 more rooms worldwide. In terms of hotel design, Hilton’s emphasis is on customizing amenities and services for each region and target audience. He said, “The biggest mistake we can make is to say one size fits all.” According to the data, Millennials want experiences and to feel that they are in a particular country or community, rather than the comfort of consistency. Hilton hotel rooms are starting to make the mechanicals of hotel stays easier. Digital keys are in half of the Hilton system now, and check in/out is mostly automated. The company is now focusing on having rooms made personal to each guest, for example with Spotify and Netflix accounts preloaded and the right temperature, pillows, and lighting all associated with a guest’s loyalty membership and customized for their stay.

He also said there is a big trend towards sustainability. Because of this, Hilton has reduced its water waste, saving more than a billion gallons of water over the last few years. Sustainable programs are not just part of the metrics guests use when they choose lodging; many regions of the world now demand business is a good steward of the environment.

Nassetta closed the discussion by saying he is bullish on the future of the industry, and although Hilton is now in 105 countries, 70 percent of its business is in the United States and a large part of its focus remains on the meeting community here.