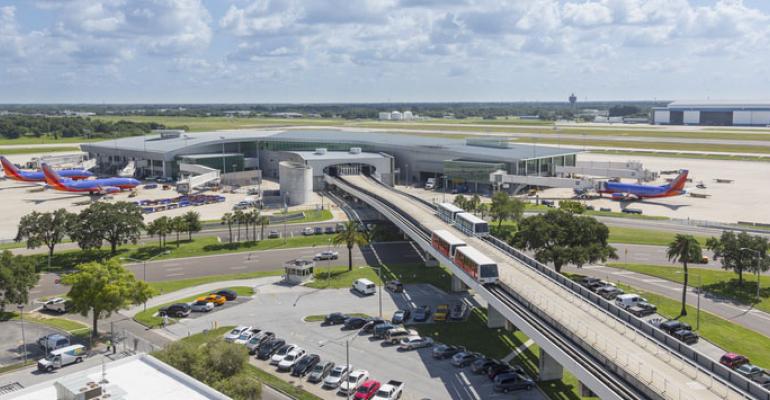 Tampa International Airport, best of the large-category airports, according to J.D. Power
Career/Life/Travel

If the airport closest to your home or your upcoming meetings is in Minneapolis, Tampa, or Indianapolis, count your blessings. Those facilities get top scores in the J.D. Power 2022 North America Airport Satisfaction Study.

Researchers found that after record-breaking satisfaction levels in the 2021 survey, satisfaction scores have come down again in 2022 as passenger numbers have returned to near pre-pandemic levels and labor issues have led to flight cancellations and long security lines. Satisfaction levels also decreased as inflation drove parking and food-outlet prices higher.

The study looks at airports in three size categories: mega, large, and medium. Here are the highest- and lowest-rated airports in each of those divisions, with scoring based on a 1,000-point scale: