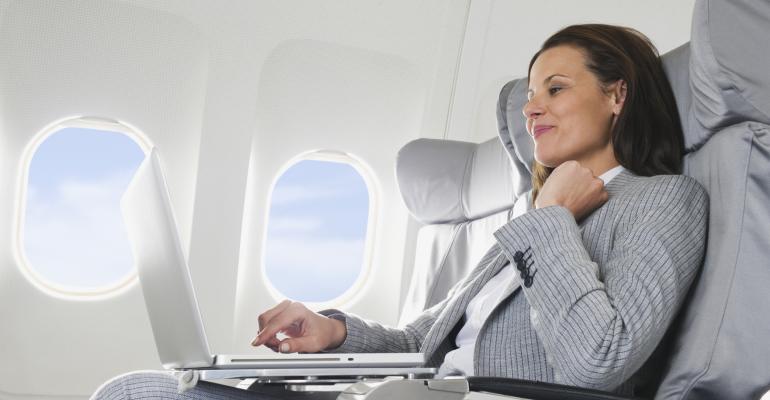 Department of Homeland Security Secretary John Kelly says the ban, which could affect up to 30 million travelers, could still be expanded to flights from Europe.

Yesterday U.S. Department of Homeland Security Secretary John Kelly spoke with European Home Affairs Commissioner Dimitris Avramopoulos and Transport Commissioner Violeta Bulc to discuss airline security measures and a possible expansion to the laptop ban in cabins to include flights to the U.S. from Europe.

Although no announcement was made on Tuesday concerning the ban DHS spokesperson David Lapan said that expanding the ban is, “still on the table.” The European commissioners had called for the discussion to propose enhanced screening and other security measures in place of an outright ban on electronics larger than a cellphone in aircraft cabin. Currently, laptops and tablet computers are banned in the cabin on flights from 10 countries in the Middle East including Jordan, Turkey, Saudi Arabia, and Egypt.

According to Reuters, the current laptop ban impacts 350 flights a week, but expanding the ban to flights from Europe would affect nearly 400 flights a day and 30 million travelers.

Reacting to the possibility of the expanded ban, U.S. Travel Association Executive Vice President for Public Affairs Jonathan Grella issued a statement supporting measures that improve safety, saying, “If there is a legitimate terror threat, the flying public needs to take it seriously and adjust to the new protocols as best they can. Travelers have been through this kind of thing before and are more resilient than we often think.” But he also called upon the government to communicate policy details clearly and to continually reassess such measures to limit disruption for legitimate business and leisure travelers. Grella also complimented those airlines, such as Qatar Airways, that try to limit inconvenience by offering loaner laptops to business travelers.

With laptops and tablets now traveling in checked baggage, the new policy has been criticized for not taking into consideration the threat of fires from lithium batteries used in many electronic devices. The FAA recorded three laptop fires and two tablet fires in aircraft cabins in 2016, all of which were handled by flight crews who would not have had access to, or even knowledge of, a fire in an aircraft’s hold. The United Nations aviation authority has recommended banning shipments of devices with lithium batteries in cargo holds for this reason, and the U.S. Department of Transportation and the Civil Aviation Authority in the United Kingdom have both banned e-cigarettes with lithium batteries from checked luggage.

Martin Sirk, CEO of the International Congress and Convention Association, brings up another safety issue associated with the laptop ban. “Unless someone has invented an explosive that is invisible to hand-baggage scanners and sensors, but which somehow is technically unable to cause damage when exploding in checked luggage, I struggle to find a rational response to such a policy. Presumably, it will still be OK to carry laptops on domestic flights within the USA, and on flights originating in the U.S. going to all other destinations. Given that I am not 100 percent convinced the boarding security checks in Fairbanks, Oakland, and Springfield are superior to those of Heathrow, Charles De Gaulle, and Schiphol, there seems to be a logical inconsistency, to say the least.”

For some business travelers, the ban might give them an excuse to relax, but the increased possibility of theft or damage to checked devices might have exactly the opposite effect.

Sirk says, “How international meeting decision-makers, planners, and delegates will respond to this policy isn’t immediately obvious, but suffice it to say, this isn’t going to make U.S. marketers’ and bid-leaders’ jobs any easier!”