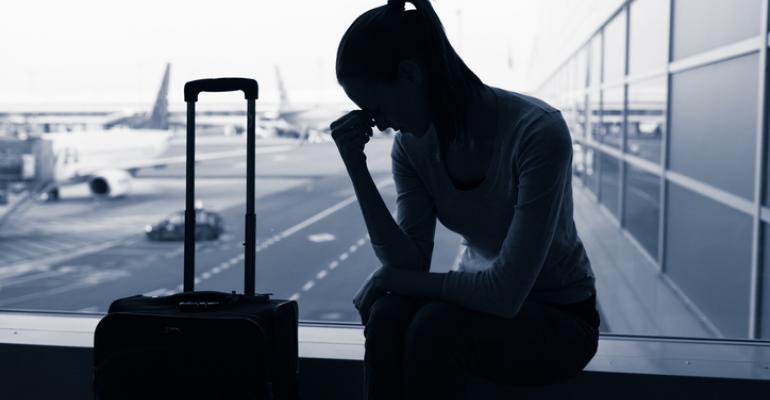 A new survey indicates that most travelers think flying is costlier and more annoying than ever.

On New Year’s Day, a Ryanair passenger became so frustrated waiting to disembark that he did what many air travelers have secretly thought about doing at least once: he opened the emergency exit door and exited via the wing. The passenger, a 57-year-old man from Poland, had been on a delayed flight from London’s Stansted Airport to Malaga, Spain, and apparently lost all patience when faced with another delay at the destination. While no one would condone his actions, it is hard not to have empathy for his plight.

In a recent survey, the United States Travel Association measured what travelers find most frustrating about airline costs and airport hassles, and asked respondents whether those frustrations have become better or worse in the last five years. Spoiler alert: it’s worse.

See below for the top ten passenger pet peeves.