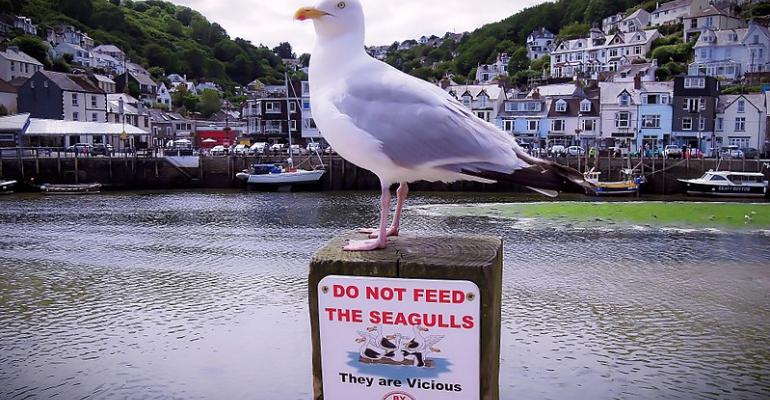 The business traveler who unleashed destruction worthy of a rock star is allowed to return to the hotel in Victoria, B.C., but this time he won’t bring any meat products.

Celebrities have a reputation for trashing hotels. The Who’s drummer, Keith Moon, once drove a Lincoln Continental into the pool at a Holiday Inn; Rod Stewart has a well-documented habit of putting hotel furniture in the elevator and sending it down to the lobby; and no one is sure what Vince Neil of Mötley Crüe got up to at the Palms, Las Vegas, in 2012 but he is banned from ever returning. There are many issues meeting planners have to worry about when they bring together thousands of event attendees at hotels, but having an attendee throw a TV out of the window like the Rolling Stones’ Keith Richards once did is probably not one of them. A recent news story, however, suggests that under the right circumstances business travelers can be even more destructive to a hotel room than the average rock star, albeit for very different reasons. According to a CBC story, businessman Nick Burchill was banned from the Fairmont Empress in Victoria B.C., not so much for a drug and alcohol-fueled rampage, but more a pepperoni-fueled one.

The incident happened when Burchill took a suitcase full of Brothers pepperoni on a business trip to Victoria with the intention of gifting the delicacy to some of his navy friends in the city. There was no fridge in the room, so he left the pepperoni on a table near an open window to stay cool, and went out for a walk. By the time he returned a flock of seagulls had invaded the room, chowing down on the pepperoni, getting entangled in the curtains, flying around, and generally causing mayhem. Burchill attempted to clear out the birds by throwing a shoe, which went out the window, and eventually resorted to catching the last uninvited guest in a towel and tossing that out of the window as well. Under time pressure to go to his business meeting, he retrieved the shoe, now covered in mud, and attempted to dry it with a hairdryer. Somehow the hairdryer blew a fuse and he lost power in his room, forcing him to call the management. The hotel manager was kind enough to rehouse Burchill in a room with less seagull poop and a pair of intact curtains, but a letter was sent to his employer banning him from returning.

As a meeting planner, you are probably breathing a sigh of relief that you have never had to deal with this, while at the same time toying with adding a restriction on bringing meat products to your event to avoid the possibility of it happening in the future.

While it is understandable that the Fairmont Empress wanted to avoid any seagull and pepperoni-related fracas in the future, Burchill felt bad about the whole affair. Working on the assumption that tragedy + time = comedy, he returned to the hotel this March with a peace offering of a Brothers pepperoni and an apology. His strategy turned out to be a winning one; he was forgiven, and encouraged to return for a stay at the Empress. Perhaps Rod Stewart should have invested in a pepperoni gift to rescind his decades-long ban from a certain hotel chain, instead of, as he tells it, resorting to pretending to be Fleetwood Mac when checking in.