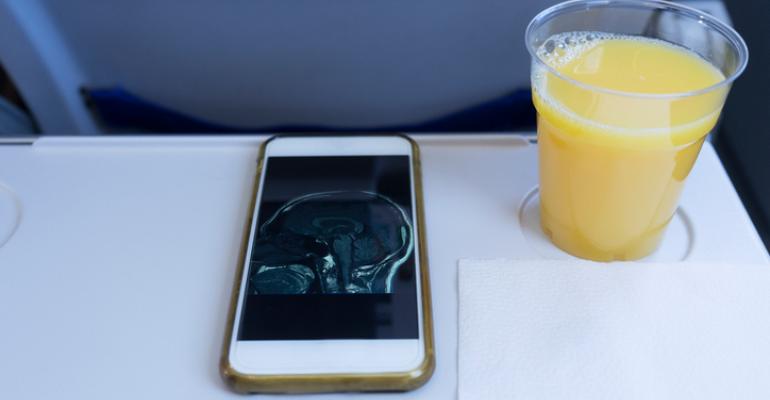 A nutrition expert rates onboard meals and snacks for calories and nutrition.

If your goal is to eat healthfully this year, a report by Hunter College NYC Food Policy Center and DietDetective.com can help you stick to your New Year’s resolutions.  The Annual Airline Food Investigation 2017-2018 rates the onboard food options of 12 major airlines, allowing health-conscious travelers to find the best food choices for their flights. Unfortunately, according to the ratings, those flying on Hawaiian, United, and American Airlines might want to brown bag it this year.

Charles Platkin, PhD, JD, MPH, executive director of the Food Policy Center and editor of DietDetective.com, says, “This year, Delta and Virgin America share the top spot as the airlines with the healthiest food choices in the sky, with Air Canada and JetBlue tied for second place.”

The survey of food options rates airlines on a scale of 5 to zero stars on calories and nutrition, as well as noting how the airline responds to questions about its food, which Platkin thinks is an indication of how important food is to the company. This year, the airlines ranked lowest either did not respond to the survey, or returned incomplete or inaccurate information about onboard snacks and meals.

Both Virgin America and Delta Airlines earned a 4-star rating. The first-place tie is a move up for Delta, as the airline was ranked second best after Virgin America in 2016’s study.

One unsettling trend that the Annual Airline Food Investigation uncovered is the increase in the average number of calories per menu item. In 2012, the calorie count was 360; in 2015, it reached 400 calories, and this year, it is 405 calories. However, Dr. Platkin suggests that if the food is healthy, the calorie count is not as important, and his top choices for passengers on Delta include the fruit and yogurt breakfast and the sesame noodle salad or Greek meze plate for lunch or dinner. Delta also won points for providing GMO-free and vegan options. Virgin America’s meals contain the fewest calories overall, and the nutrition score was “excellent.” Platkin’s “Best Bet” for Virgin flyers is the Avocado Smash Box, containing fresh guacamole, egg, green apple slices, and multigrain muesli bread. He says, “Honestly, that is the kind of food every airline should be offering.”

For more information on the worst and best airline food offerings, check out the complete listing here.

For passengers flying on the lowest ranked airlines in 2018, Platkin suggests taking your own food, including fruit, whole-wheat crackers, cereal in a cup, and lots and lots of water to prevent dehydration.