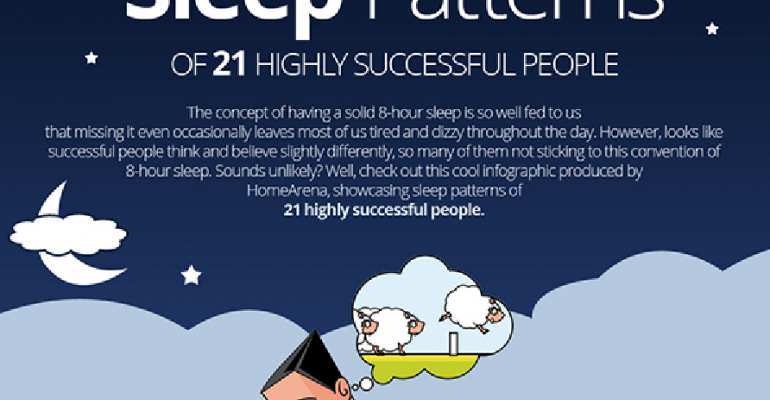 How Can We Get More of that Magical, Wonderful, Elusive Sleep?

I’ve never been a great sleeper—I’m a night owl living in a early-bird world, and I don’t even like worms! And it’s even more difficult to get good sleep while traveling, and even more difficult yet when at a conference. I can only imagine how exhausted planners must get in the days leading up to their events and while on site, where it seems like they’re on call 24 hours a day, and on their feet for most of that to boot. I know I’m desperate enough that I'm thinking about investing in a Sleep Shepherd, a headband on Kickstarter that tracks brain activity and regulates it using a biofeedback system.

So when I kept tripping over articles about sleep the past couple of weeks, it of course got my attention. There’s the article that says sleeping even six hours a night will, after a while, sap your brainpower as much as if you hadn’t slept for two straight days. You may think you’re fully functional, but according to a sleep deprivation study, you’re basically walking, talking toast. Any less than six hours a night has similar effects; they just manifest sooner.

Then there’s the article that says too much sleep—more than seven hours a night—can kill you, though that’s actually not what the results of the study under discussion indicated, according to this report. There is an increase in mortality for long sleepers, but more likely they’re sleeping more because they’re in ill health, not the reverse.

At any rate, I think it is fair to say that we know that without sleep, we die, and without enough sleep, we don’t feel or function all that great. Sleep strengthens our immune system, memory, appetite, and brain function. Sleep is a wonderful thing. This article outlines a few things you can do to get more sleep, such as make sure the bedroom is dark and quiet, don’t drink caffeine or alcohol before going to bed, staying away from blue-light-emitting screens at night, get plenty of exercise, etc.

But none of this stuff seems to do much for me. So maybe I’ll try to follow some of the sleep habits of 21 highly successful people outlined in this infographic from HomeArena—it can’t hurt, right? Do you have any good ideas to help get to sleep (and stay asleep, which is more my challenge)? What do you do to try to ensure those who come to your meetings and events get a good night's snooze?