/sites/all/themes/penton_subtheme_meetingsnet/images/logos/footer.png
Recent
Recent
Risk Management and the “New Normal” in Events
May 29, 2020
Biggest Meeting Destinations Adapt to Reopen
May 28, 2020
New Tennessee Museum to Open on Labor Day
May 28, 2020
Virus Sniffing Dogs, Disinfectant Mats, COVID Tests: Global Airport Screenings
May 27, 2020
A Haunted Castle, 23 Wolf Packs, and a Stranded Orchestra
May 27, 2020
Featured
The Meeting Planner's Risk-Management Resource
Mar 04, 2020
The Welcome Guide: Tools and Ideas for Inclusive Meetings
Oct 07, 2019
The 2019 CMI 25: Top Meeting and Incentive Companies
Sep 03, 2019
PlanetIMEX Wants to Chat You Up
May 22, 2020
face2face
brought to you by 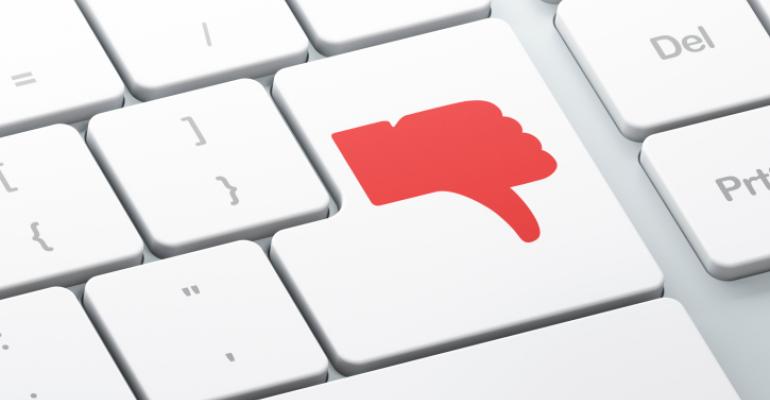 I always throw out most of the "this was the best hotel ever"/"this was the worst hotel ever" when looking at reviews on sites like TripAdvisor, knowing that some people tend to hate or love everything. The true picture usually emerges in the middle, with reviewers who talk about both what they loved and what could stand to get some more attention. Though some of the "worst ever" reviews can be pretty entertaining to read.

Not, however, if they're about your property. And there's one that has the Ashley Inn in Lincoln City, Ore., up in arms to the point that it filed a $74,500 defamation lawsuit that aims to block the poster from any further bile-spouting on TripAdvisor. And it is pretty vile, from the snippets included in the Oregonian story about it, including accusations about housekeeping staff being drunk, the owner being stoned, and the front desk person, well, I'll let you read it for yourself. It is all, says the hotel, a pack of lies by an anonymous poster who misrepresented where that person is from and when he/she stayed at the hotel. And once they find out who it is, they intend to name that person as a defendant in the suit. According to the story in the Oregonian:

"Defendant made the statements deliberately, maliciously, and willfully with the specific intent to cause damage to the character and reputation of Lincoln City Lodging and the Inn," the suit reads.

We'll have to see how it turns out, but in the meantime, this is a good reminder to take what you read on those sites with a big old shaker of salt.

I'm not aware of there being any meeting review sites (oh, what an interesting idea that would be!), but how would you handle a malicious public post about your event on Twitter, Facebook, or another social site? Personally, I think it's best to address any concerns with grace and courtesy—not one of those awful fake "apologies" that say, "I'm sorry to hear you took offense at blah blah blah"—and ask them to talk with you offline so you can make it right. If this wasn't a competitor or someone who had it in for the hotel for some reason but was just your run-of-the-mill troll, he or she is probably loving the attention this is garnering—as long as he/she doesn't get caught.

While I'm sure the lawsuit is scratching the hotel's "it's not right, it's not fair" itch, it also could backfire and become subject to the Streisand Effect, where even though the original post has been pulled, the Internet may well do its thing and cause a lot more people to hear those accusations than ever would have if the hotel had just left it alone. After all, even I'm talking about it, something I never would have even heard of without the lawsuit and subsequent writeup...

How Important Are Hotel Reviews to Your Attendees' Decisions on Where to Stay?
Nov 21, 2012

Hotel e-RFPs: Both Planners and Suppliers Feel the Pain
May 13, 2014