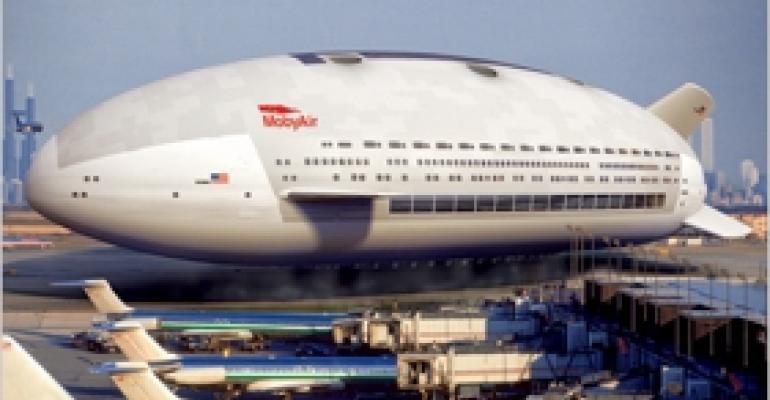 According to an item in Popular Science, a giant floating hotel, such as that rendered here by John MacNeill, may be soon looming over the skies. From the article:

This two-football-fields-long concept airship is the brainchild of Igor Pasternak, whose privately-funded California firm, Worldwide Aeros Corporation, is in the early stages of developing a prototype and expects to have one completed by 2010. Pasternak says several cruise ship companies have expressed interest in the project, and for good reason: The craft would have a range of several thousand miles and, with an estimated top speed of 174 mph, could traverse the continental U.S. in about 18 hours. During the flight, passengers would peer at national landmarks just 8,000 feet below or, if they weren't captivated by the view, the cavernous interior would easily accommodate such amenities as luxury staterooms, restaurants, even a casino.

Now that would be a unique meeting space!