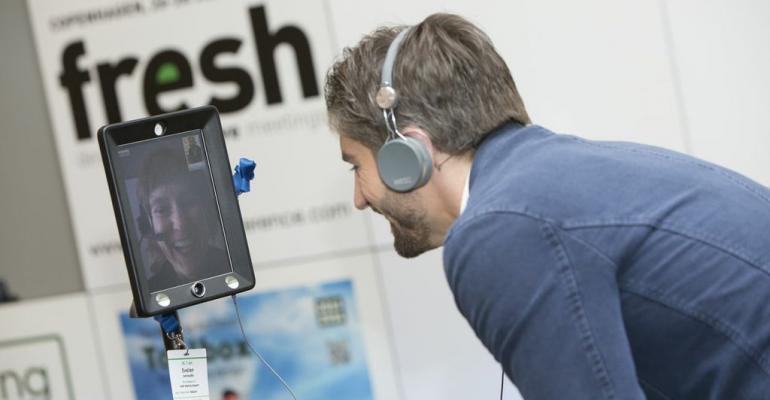 While I couldn't get myself out of bed at 2 am for the first #FRESH14 livestreamed session (Copenhagen, where the meeting is being held, is six hours ahead of where I live in Massachusetts), I did catch one of the afternoon sessions, plus a some interviews with virtual facilitator. The two-day conference, going on today and tomorrow, is designed to show meeting designers and producers new tools, tech, layouts, venues, staging, even food that can add value to their meetings. I would so love to go to this one in person some day!

Anyway, here are three things I saw in action that I thought were pretty cool: 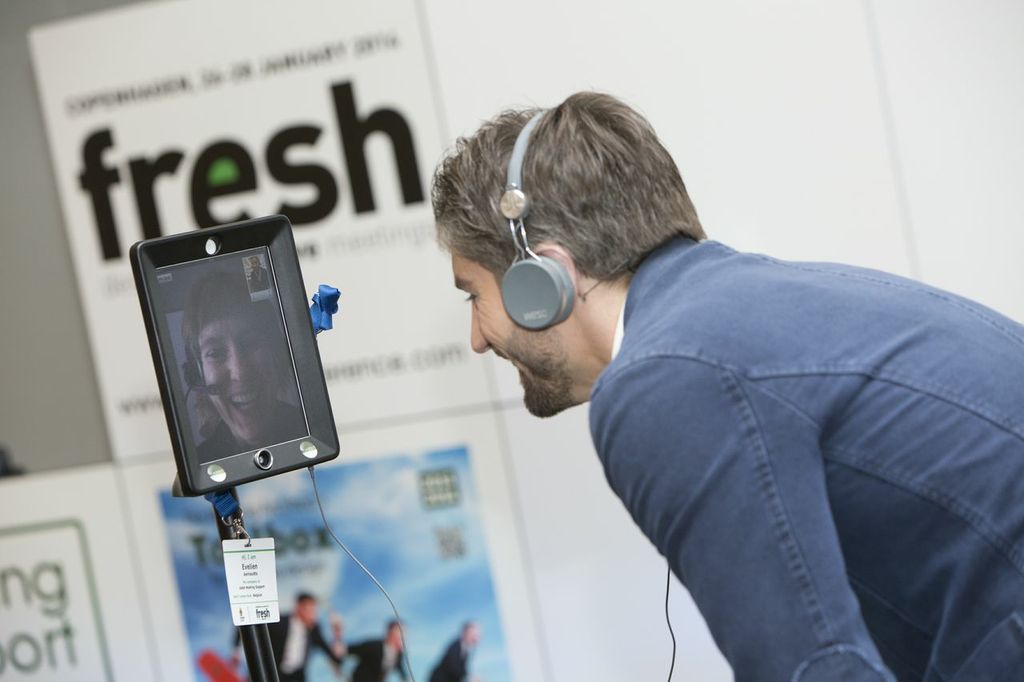 1. A robot participant. Well, there is a person behind the Double robot named Eveline Aernaudts, who cyber-participated from another country. She rolled around and interacted with her warm-bodied counterparts, and seemed to be enjoying herself during a Q&A with facilitator Gerrit Heijkoop. It looks like she is being treated more or less the same as any other attendee, and though I'm sure it got some getting used to, she seems to be able to navigate a little better than the bumbling bot we've seen on TV shows like The Good Wife or Big Bang Theory. 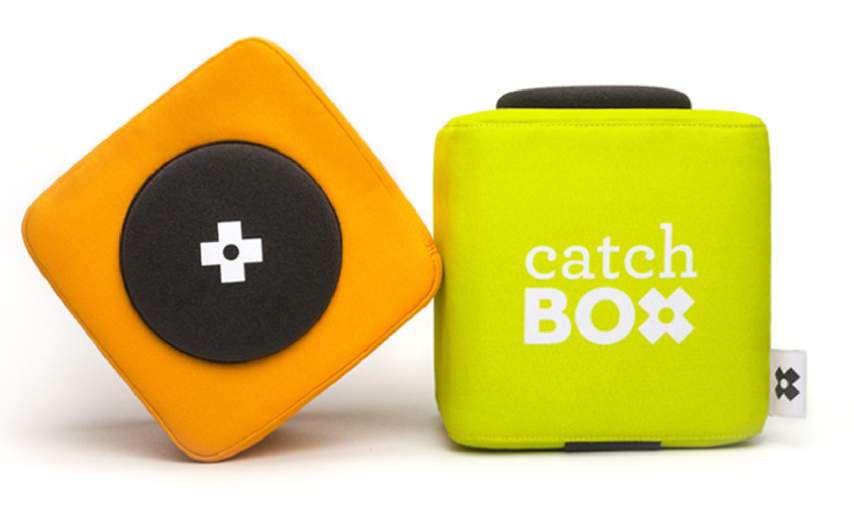 2. I was watching the session leaders walk and talk and show slides—pretty much the usual stuff—then all of a sudden one of them grabs what looked like a stuffed toy dice and throw it to someone in the audience. What was that? Turns out it was a Catchbox, a throwable microphone designed to get people, well, talking. I can't find it now, but someone had posted a photo of someone wearing Google Glass and talking into a Catchbox—talk about living a wired yet plushy life.

3. Talkaoke. When I saw a tweet go by mentioning a Talkaoke session on sustainability going on elsewhere at the conference, I had no idea what that meant, though it did conjure up all kinds of horrible images in my mind of a William Shatner-esque tone poem a la

But no, it turns out to be nothing of the sort (oh thank you so very much!). It's a popup video show that Talkaoke delivers to your event. I'm not sure exactly how it works (the fact sheet isn't downloading for me for some reason), but from the video on the Talkaoke site, it looks like they set up a round table with a mic, then invite conversations. Here's a quick video snip someone posted of it in action at Fresh.

What are some of the more interesting things you've been seeing/trying at conferences?