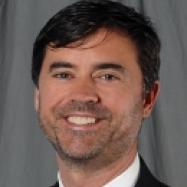 Prior to joining SITE in 2013, Hinton served as executive vice president of Associated Luxury Hotels International (ALHI) where he expanded the group’s portfolio outside the U.S. Previously, he served as CEO of hinton+grusich, which later sold to ALHI, transforming the company from regional player to a national sales network with five sales offices to serve the needs of 130 hotel partners. His career in the travel and hospitality business began at the Chicago Hilton & Towers in 1997 where he worked in various management positions.

Hinton has served as chairman of the board and chief elected officer of various international meetings industry associations, including serving on the MPI Board of Directors from 2008-2013. He holds a Master of Business Administration degree from the University of Chicago Booth School of Business and a Bachelor of Science, majoring in Finance and German, from Marquette University. After college, Kevin was a Peace Corps volunteer for two years in Mali, West Africa. Kevin dearly loves the three girls in his life—his wife Claudia, and their daughters Amber and Sophia.

Speaking Out Against Human Trafficking
May 14, 2015
The travel and tourism industry has a huge impact on the world economy. The latest research from the World Travel & Tourism Council shows that the industry’s contribution to world GDP grew for the fifth...
How to Win the War for Talent
Jan 28, 2015
The war for talent is heating up! With improvement in the global economy, it’s getting increasingly difficult for companies to attract and retain the high-potential and skilled employees who are necessary to compete ...

A Common Ground for Cultural Understanding
Dec 16, 2014
How was Rotterdam? I’ve been asked that question quite a few times since the SITE Global Conference 2014 concluded in Rotterdam, the Netherlands, in mid-November. Depending on who was asking, the intent of the questi...