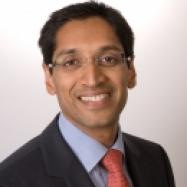 Hervé Joseph-Antoine is chairman of Pacific World, the multi-award-winning destination management company operating in more than 29 countries in Asia, Europe, Middle East, and Africa. He has been working in business travel, meetings, incentives, and events for 20 years, in positions with Carlson Wagonlit Travel and British Airways. Born in Morocco, he is based in Singapore and holds French and Indian citizenships.

Under Hervé’s leadership, Pacific World has expanded globally and was named to the “Top 25 DMCs” list by Special Event magazine, and has been named to the “Top Business Events Companies” list in Asia by CEI magazine every year since 2011.

Among its most recent accolades is a SITE Crystal Award, along with local honors in the Indonesia Travel & Tourism Awards 2012–2013, the RAWR Awards for Best Incentive 2013 (Malaysia), and two Eventoplus Awards (Spain).

3 Reasons to Hold Your Next Event in Europe
Sep 02, 2015
Italy, France, Spain, Greece, and the U.K., have increased in popularity in recent months, providing renewed inspiration for audiences from major economies, affordability with attractive euro exchange rates, and...

Global Economic Troubles and the Meetings Industry
Jul 06, 2015
Building budgets is a difficult exercise in our industry: for events teams, procurement, or finance stakeholders in charge of business events spend. Likewise it is also a difficult exercise for convention centers...

12 Drivers of Meeting Site Decisions
May 18, 2015
Based on a large database of more than 80 destinations and 60,000 business events delegates used for Pacific World monthly Destination Index, we conducted a study to understand the recent key considerations driving...

Are Your Meeting Attendees Safe in the Air?
Apr 07, 2015
Both leisure travelers and business transient travelers make their own choices for air transport options. But as meeting planners for conferences and incentives, we are the ones choosing airline transport options. How...

Corporate Social Responsibility at Events: Keep Attendees Connected
Feb 25, 2015
The industry can be proud to have developed a large diversity of CSR activities for all destination segments: domestic, regional, and long-haul. In developing countries, activities aim to fight poverty, help children...

Put Managing Risk at the Top of the Business Events Agenda
Jan 16, 2015
Terrorism, natural disasters, political crises… Are there bigger risks today for business events? What’s happened during the past weeks in Europe and Africa calls for debating about managing risks and...

Tourism Organizations: What Difference Can They Make for the Meetings Industry?
Dec 10, 2014
As meetings buyers, walking along the alleys of MICE tradeshows, on any of the world continents, did you ever wonder about the real business impact of these mega-booths from cities, regions, or countries’ local...