For Virtual Events, Is UBIT an Issue? You Bet

With all the disruptions of the Covid-19 pandemic, it’s likely that anyone involved in planning, marketing, and selling virtual trade shows has been consumed with transitioning to the online experience. But associations beware: There are potential tax complications from a full transition to virtual.

As far back as 2004, the Internal Revenue Service released guidance that clarifies how it treats revenue received by associations from virtual trade shows. In short, when a virtual show has no connection to an in-person trade show, the net revenue the association receives from virtual exhibits will be taxable as unrelated business income (UBIT). By contrast, a nonprofit association’s revenue from an in-person trade show is generally exempt from federal taxes.

In a legal analysis from that time by George Constantine and Jeffrey Tenenbaum, two attorneys who specialize in the nonprofit sector, they write that “the revenue ruling makes clear that the key factor in the IRS’ analysis of whether virtual trade-show activity will be considered subject to the tax-code ‘safe harbor’ [which makes the revenue tax-exempt] is whether or not the virtual show is ancillary to a ‘live’ show.”

What’s more, an association might think that holding a small in-person trade show that’s complemented by a virtual component featuring a larger roster of exhibitors could prevent taxation on the virtual-only exhibit revenue. However, for revenue to fall under the tax code’s “safe harbor” provision, it must be the case that “the content of the web section serves to ‘augment and enhance’ the in-person trade show by making available ‘in an alternative medium the same information available at the [live] show.’”

Constantine and Tenenbaum’s full analysis of UBIT regulations for trade shows can be found here. 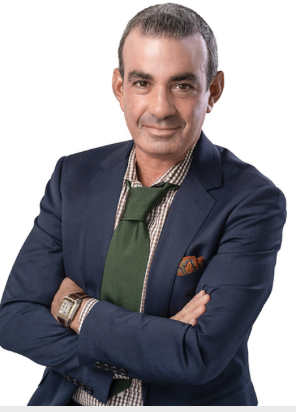 In an early-September interview with MeetingsNet, Tenenbaum (pictured here) followed up on that analysis, noting that the IRS’ position has not changed despite the unusual circumstances in 2020 that have prevented most trade shows from taking place in person. In fact, “I don’t see the IRS doing anything in this area in terms of emergency guidance, waivers, or the like,” he says.

A Different Path to Tax-Exempt Revenue
While an association likely would not avoid holding a virtual trade show simply because of the tax ramifications, Tenenbaum notes that “many associations’ virtual conferences this year don’t have virtual trade shows—just the educational and networking components with conference registration fees and corporate sponsorships and perhaps some advertising” as the revenue streams, all of which qualify for UBIT exemption.

Further, “as our 2005 article points out, even for a virtual conference with a trade show component, an association might well be able to structure some of these arrangements as corporate sponsorships, which are subject to the separate UBIT exemption” unrelated to trade-show activity, he adds.

In other words, selling fewer virtual trade-show booths in lieu of getting creative—selling new sponsorship opportunities that are connected to other elements of a virtual event—can provide the tax-exempt revenue associations must have in a period where in-person events aren’t able to bring home the bacon.