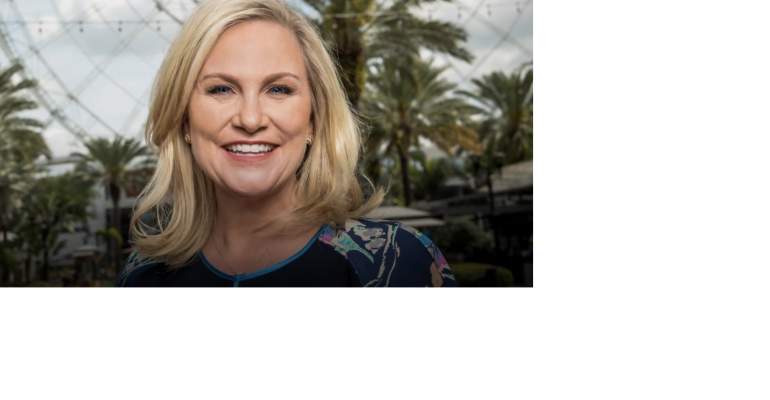 A View from the Top of the Market

On February 1, Casandra Matej took the helm as president and CEO of Visit Orlando, moving over from the lead role at Visit San Antonio. Her transition to the second-largest convention and trade-show destination in North America comes during a most unusual moment for the industry: the return of business events after a shutdown of more than a year.

Here’s Matej’s take on how Orlando is dealing with specific issues around large business events happening there in the near future.

MeetingsNet: What are you seeing for the second half of 2021 and into early 2022 in terms of meeting and event demand?
Casandra Matej: Later in 2021 is looking very strong, and a lot of that is due to groups that bumped their events from the first half of 2021 and still want to get them into the calendar year. We’ve also seen at least a dozen conventions that relocated to Orlando from other cities this year because of the uncertainty of group-gathering rules in some destinations. From mid-June to the end of 2021, we have 88 citywide events set to happen in the Orange County Convention Center.

As far as attendance figures for those events, there’s a real challenge for planners. Groups that contacted us early in the year thought their mid- to late-2021 event would get maybe 30 or 40 percent of its typical attendance. But over the past few months, we're seeing several groups projecting to be only 10 to 15 percent below their pre-Covid figures, and some could be even better than that.

MeetingsNet: Given that fluid situation, are you seeing smaller room-block commitments, and could that become a permanent tactic for groups going forward?
Casandra Matej: That’s a really interesting question because our conversations with meeting professionals reveal that they want to be as risk-averse as possible right now, but they still have to make the housing process easy and cost-effective for attendees. Many groups do expect stronger attendance than they did just a few months ago, and we have seen a few of them already sell out their room blocks for events later in 2021.

Planners will have to make calculations about how strong the leisure demand might be in a particular destination during their event, especially someplace like Orlando. They will have to determine whether they absolutely need those rooms contracted ahead of time, because if they don’t do it then they could be sold out too soon and that might affect attendance. But even before the pandemic, there was a shift by meeting planners to block a little less inventory and just open it up more for attendees to handle.

MeetingsNet: Are your hotels having to show some flexibility on attrition terms for associations that are skittish about taking on too big of a room block?
Casandra Matej: I do think that is becoming an expectation of meeting professionals. It has to be a win-win situation, so it really takes a lot of assessment and conversation with the planner as we go along. For groups that are meeting in September and October, there’s a plan in place today but things have to be a bit flexible because regulations and restrictions might change, and the organizer has to be able to decide if they need to tweak things.

MeetingsNet: Another change that might become permanent is the use of outdoor space for more than just break or reception areas, especially in warm-weather destinations.
Casandra Matej: That has always been part of the event experience here in Orlando, but it did become very clear over the past year that people feel more comfortable being in outdoor spaces more often. I think that it is going to be an important part of business events, especially because as people start traveling again, they will really want to get a sense of being present in a destination and enjoying its specific attributes.

MeetingsNet: Labor is a major issue as in-person meetings resume. What is your hospitality community doing to assure planners there will be sufficient staff to service conventions and trade shows?
Casandra Matej: There is no doubt that this is a nationwide situation, and it's fair for meeting professionals to ask their destination partners about their staffing plans. But I can say that in Orlando, I think it's going to course-correct by the fall. Our hospitality suppliers have been pretty proactive, whether it be with automation in certain areas or with salary adjustments or bonuses to draw more people to them.

Also, Visit Orlando is partnering with the Central Florida Hotel & Lodging Association to communicate widely and make sure residents understand what jobs are out there. We’ll reintroduce the variety of roles that our industry offers and the fact that you can move up in an organization pretty quickly if you get in now. We will let people know it can be a career, not just a job, because the reality is that a lot of people in hospitality have gone on to other industries. For instance, someone I used to work with in San Antonio left our business to work in corporate for a grocery-store chain. That industry was doing well during the pandemic and she got a good opportunity. So, there are going to be some people who won’t come back to this business—but that is an opportunity for others.

MeetingsNet: In early May, your convention-sales and -services teams ran a virtual fam tour for meeting planners. How was that received, and what were planners asking about?
Casandra Matej: I think it was really educational for the planners and for us. We had nearly 600 meeting professionals participate; it would be impossible to get that many planners to the destination even over an entire year. Of course, there is a point where planners simply have to see things in person and touch and experience them, so virtual can’t possibly replace in-person fams. But virtual does create a positive experience—especially for planners who have never been here before, it’s a great introduction. I also think that it's a great way for sales and services to meet with their clients now. You can see everyone’s face during a Zoom planning session, which enhances the interaction.

As for what was discussed during the fam, it went back to the fact that we have to be more nimble because planners of major events are used to planning them a lot further out than they are now. Things are changing almost every week, and we're here to work with planners because these meetings and conventions are so important to our local community.

MeetingsNet: What is something that people might be surprised to learn about you?
Casandra Matej: First, I've never tasted coffee in my entire life—I just never had the desire. Second, as a child growing up in the Texas countryside, I had an African lion as a pet for a few years. His name was Taboo. Once he got too big, we gave him to a zoo.