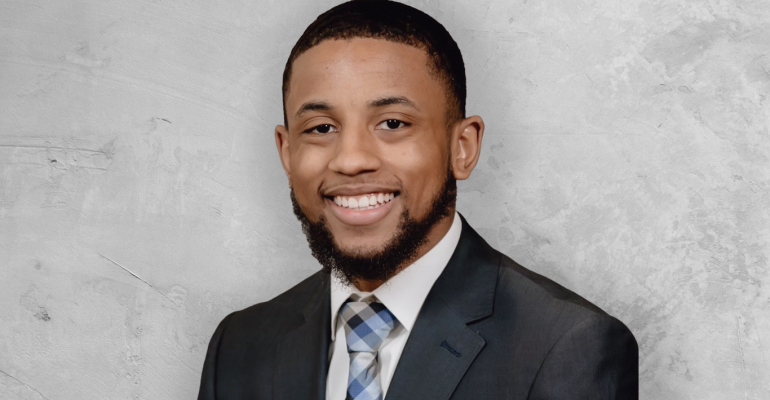 The Next Generation of Meeting Planners: A Profile

In his mid-twenties, Tomell Harbison of Talley Management Group taps into the mindset of fellow young professionals to create association events that appeal to everyone.

It seems that most meeting planners get into the business by accident, rather than spending their grade-school years thinking, “When I grow up, I’d sure like to organize professional-education conferences.”

In the case of Tomell Harbison, however, that’s exactly how it happened.

The four-year veteran of the meetings industry is the son of a meeting planner: Linda Pierre, who worked for several associations and is now an independent planner. With that head start in understanding the critical role planners play in the success of business events, Harbison was recently named to the “20 in Their Twenties” list of industry up-and-comers compiled by the Professional Convention Management Association.

After a college internship in the programs and conferences department of the American Association of Physics Teachers, Harbison spent three years as a full-timer with the Society of American Military Engineers. In September 2021, he moved over to Talley Management Group as a meeting and event coordinator.

MeetingsNet caught up to Harbison in late November to ask him about his introduction to the event-planning world, what he likes most about it, what event hosts must do to attract younger attendees, and what his long-term career goals are.

MeetingsNet: A lot of kids don’t know much about what their parents do, or don’t care. How did you come to appreciate the role of meeting planner?
Tomell Harbison: With my mom, it was the “take your kid to work” days that got me interested, because I would go in and help stuff name badges and actually sit in on some meetings. I always thought it was cool how she could plan an entire conference for thousands of people. At a certain point, I said to myself, “This is definitely something I could do.”

MeetingsNet: What is your favorite part of the job?
Harbison: Being able to learn about so many different associations and what they do for their members and for society. For example, the Organization of Black Aerospace Professionals caters to African-American pilots and workers in the aerospace field, where they develop their skills and their contacts and get connected to new job opportunities. But I’ve also learned that the most important aspect for them is the sense of being a large family. Even when I work with other groups, I can really sense the passion for what they do, which is very inspiring.

MeetingsNet: For more than half of your professional career, face-to-face meetings have been on hold due to the Covid pandemic. As these events return, what do you think is most important for getting younger association members to attend in person rather than online?
Harbison: To get the younger generation to show up, you have to create memorable experiences, not just a series of learning sessions. Besides what I hear from colleagues around my age, recent surveys show that young professionals do not want to sit in traditional seminar sessions; it just does not interest them. To get their attention, you must make things as interactive as possible. For instance, you need more roundtable opportunities where they can engage both presenters and each other in deeper ways. Also, the networking events must be out of the box. You could host a reception in a cool venue like a speakeasy or you could go big, like bringing in Cirque de Soleil performers.

MeetingsNet: Which technology offerings do younger attendees respond to best at a meeting?
Harbison: I’d say having a well-built conference app is the most important thing to satisfy younger attendees. It eliminates the hassle of holding on to physical documents and it’s environmentally sustainable, which young people take note of. I also like using gamification to encourage them to post their event experiences to social media: The more they use the event’s hashtag, the greater chance they have to win a prize.

MeetingsNet: What would long-term career success look like to you?
Harbison: The big goal for my career is to run my own conference and event planning firm. I also want to have a hand in planning an Olympic Games. From there, long-term success would be to build an organization that is strong enough to pass on to the next generation.