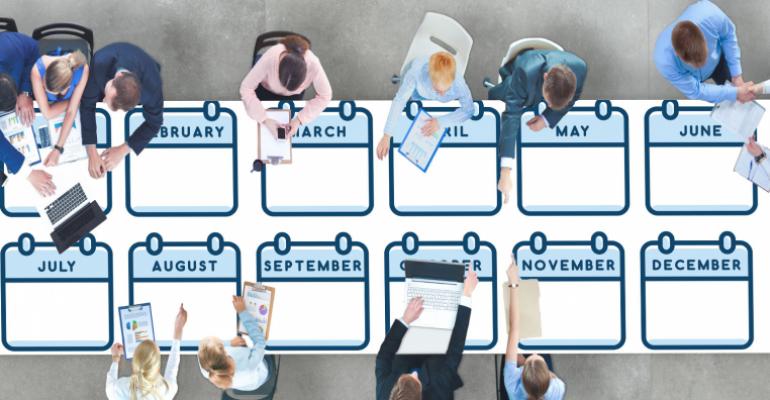 “It’s about creating an ongoing cycle of touchpoints through a single brand experience,” said a seasoned event-strategy executive during the IMEX America show. Here’s how to make that happen.

While it has been a fairly traumatizing experience for those in the meetings and events field, the nearly two-year saga of Covid has also brought considerable innovation to the meetings function. These innovations will forever change how meetings are delivered, not just during their live dates and perhaps 30, 60, or 90 days after that, but throughout the entire year.

That was the message from Beth Surmont, CAE, CMP, vice president of event strategy and design for 360 Live Media. During her presentation at November’s IMEX America show, titled “Increasing Audience Value and the Bottom Line with Year-Round Engagement,” Surmont emphasized that “the pandemic has sharpened many teams’ abilities to engage people with evolving content all year long. Furthermore, digital-platform providers have also evolved for ongoing use” rather than delivering the real-time experience followed by a view-on-demand option using that same content, which often becomes dated well before next year’s convention.

Instead, “the best in-person events serve as a platform to get people to interact with your organization and each other again before long,” said Surmont. She cited an example: Planners of the HLTH conference in Boston achieved had event sessions available for online viewing for 60 days, but then edited and converted parts of those sessions to become shorter webinars and podcasts shown in the following months, to serve as a starter for a refreshed conversation around that topic.

The key, said Surmont: “The host organization does not brand or market these modified content packages as separate entities from the annual event’s brand,” which allows not just continuous learning opportunities but also easy promotional lead-ins to the next full-blown in-person or virtual conference.

Another example comes from the American Institute of Aeronautics and Astronautics, which went a step further because content in that field changes so rapidly that members want full conferences every six months. As a result, AIAA used member data, focus groups, and survey results to create personas that match the variety across its membership, along with educational topics they desire for their particular career stage or the scientific concepts they want to understand better—which might or might not be related to their present discipline or specialty.

As a result, when members log into AIAA’s year-round content platform, they are presented with a content channel specific to their persona and interests. The channel has edited and repackaged content from past conferences, webinars, and podcasts, along with fresh content in a bite-sized format.

There are two requirements for succeeding with this approach: First, have all presenters tag their content to persona, career stage, and specialty categories that the association has created. Second, “keep surveying members to see how the personas you created are evolving, and what is becoming important to them now,” Surmont said. She added that it’s wise to look for overlapping issues across personas or disciplines that can be used in multiple online channels, and even lead to new sessions in a conference agenda.

What’s more, Surmont noted that asking for member-generated content through short video pitches from the meetings team or the association’s executives can bring in useful content that regularly refreshes different channels—and is free aside from some potential cost for editing. The association could also create contests to recognize the best outside entries, then promote those winners and their content to the entire membership through email marketing messages on a rolling basis.

Revenue and ROI
Once some combination of these strategies is implemented, an association can monetize its ever-growing content inventory in a couple of ways, Surmont said. First, there’s the traditional thought-leadership offering, where a sponsor has exclusive exposure within a series of webinars and podcasts, a member-generated series, or an entire channel. Second, non-endemic sponsors can be brought in to support content related to macro trends that affect the industry in some way.