Transporting attendees to and from the center is getting easier, while facility upgrades are coming that will match the quality of the recently opened, 1.4-million-square-foot West Hall (pictured above).

The newest major resort on the Strip, Resorts World Las Vegas, hopes to have its Boring Company tunnel linking the property to the Las Vegas Convention Center open by April 23, when the National Association of Broadcasters’ annual convention comes to town.

Hotel management expects that eight Tesla vehicles will be dedicated to the underground connection, which will bring attendees to the convention center in less than four minutes.

Furthermore, the Las Vegas Convention and Visitors Authority has approved a Boring Company connection between the convention center and Westgate Las Vegas Casino and Resort that would intersect with the end point of the Resorts World tunnel. The station would be near the north end of the West Hall of the convention center and will likely intersect with the Convention Center Loop station near the south end of the West Hall. The Loop is a second Boring Company underground system; it's set entirely within the center to move attendees across the facility in less than two minutes, while a walk from one end to the other would take about 20 minutes.

The Westgate will be the third hotel to have direct access to the convention center via the underground transportation system, after the Wynn and Resorts World (in photo). The Boring Company is presently designing a network of tunnels under the entire Las Vegas resort corridor that will eventually connect 51 stations, including ones at Harry Reid International Airport and Allegiant Stadium.

Also in March, the Las Vegas CVA authorized $435 million for the renovation of the North and Central Halls of the center. This comes one year after the opening of the 1.4-million-square-foot West Hall that’s across the street from the other three halls, connected to them by a wide indoor walkway over Paradise Road but also by the Loop system.

A professional-services contract was originally approved in late 2018 to start the renovation project, but the Covid pandemic’s impact on tourism-related tax revenue stopped all work until now. The plan has been revised such that renovation of the South Hall will happen at a later time instead of in this project.

As a result, the revised plan will focus on upgrading North Hall and Central Hall—the oldest parts of the facility— to match the look and functionality of the West Hall (photo below). However, the project will still expand the entrance and lobby at the east entrance of the 20-year-old South Hall, near the Loop station.

The North and Central Hall upgrade project will start in 2024 and be done sometime in 2026. 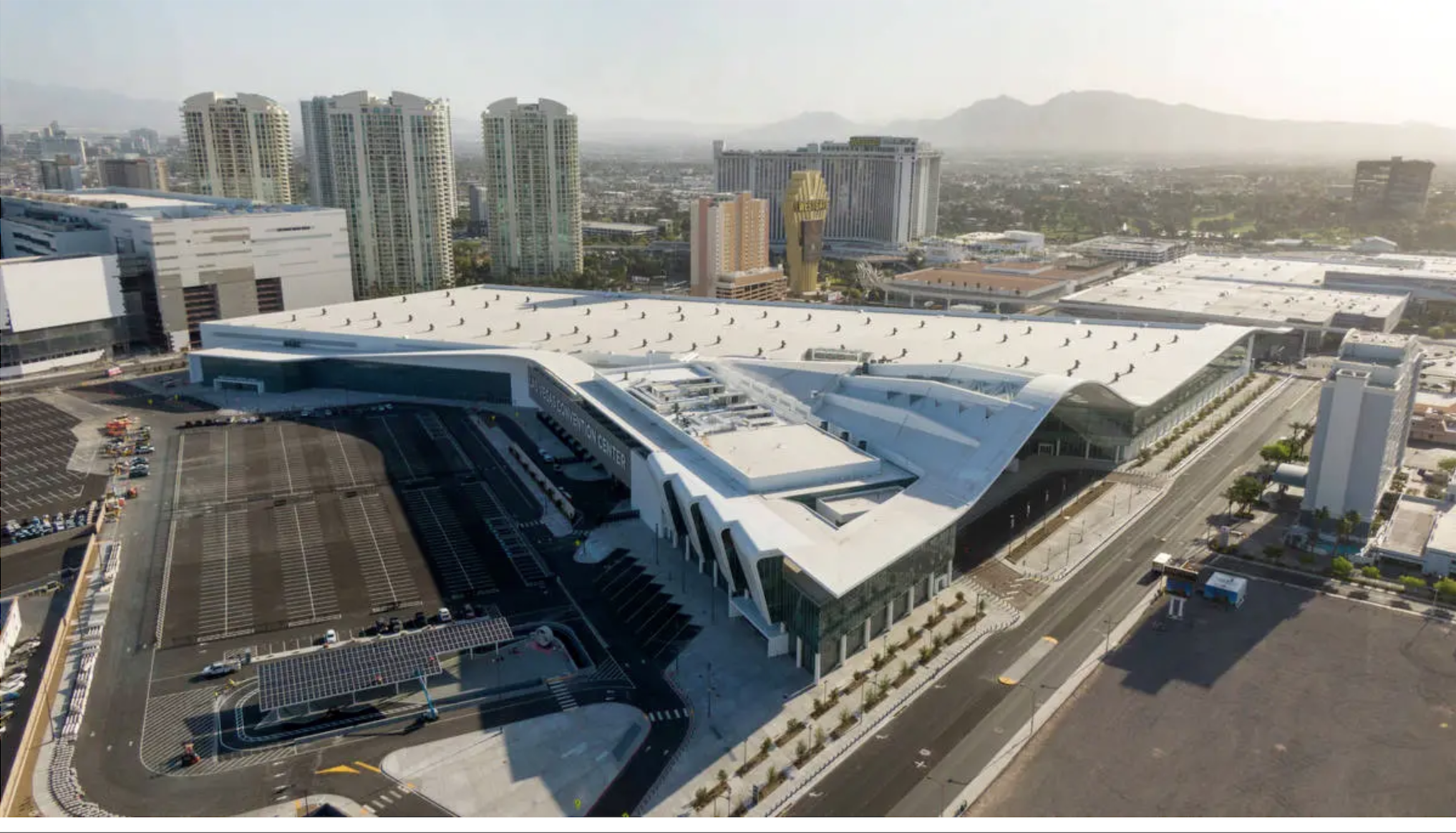