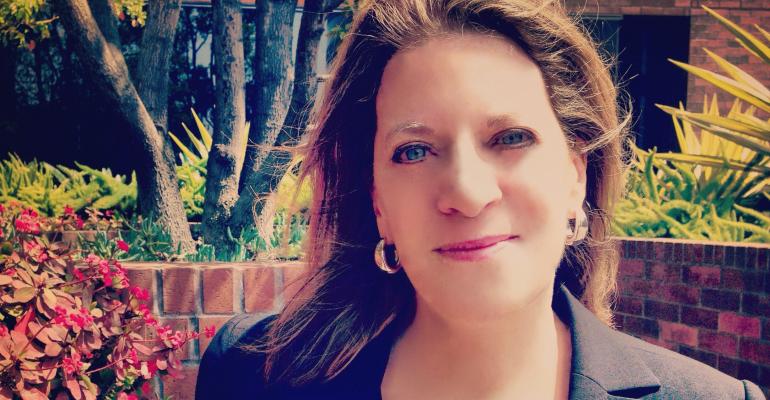 AutoMobility LA brings together developers and designers with automotive manufacturers to produce a tech show with cars.

For most people about to start a new job heading up a prestigious show attended by around a million people each year, the predominant emotion might be excitement tinged with anxiety. But after an extensive career managing up to 700 events a year all over the country, Terri Toennies says that, when contemplating taking over the LA Auto Show, she was more concerned she might be bored. She need not have worried.

LA Auto Show President and Chairman Lisa Kaz felt that the show was not evolving with the automotive industry and hired Toennies to revamp the event to reflect the new direction. The show, which began in 1907, traditionally put cars on display to sell to consumers and showcase new models for the press. But it was missing the disruption in the auto industry, where tech companies are now working on cars and the next generation of car owners is less interested in the actual vehicle than its safety, entertainment, and Internet technologies.

After coming on board in 2013, Toennies began by transforming the press days before the car show opens to the public into press and trade days, focusing on bringing together designers, engineers, and business people from the manufacturing sector with startups and established developers on the tech side. She also introduced the Connected Car Expo, a small conference for around 650 industry people focusing on new technologies in the car industry.

That first year 14,000 people attended the press and trade days. In 2014 the show expanded from two to three days and 16,500 people attended. In 2015 the trade event attracted 18,500 attendees, most of them coming from design and technology rather than manufacturing, and the Connected Car Expo was so large it had to be moved over to an adjacent hotel with more exhibit space. In 2016, the press and trade days were rebranded as AutoMobility LA, and the more than 24,000 industry professionals who attended were brought back to the LA Convention Center.

Toennies says a key factor in the metamorphosis of the consumer showcase into a real industry trade show with sold-out panel discussions, workshops, and product booths, was an advisory board. “The advisory board was purposefully comprised of C-level executives from telematics and software companies working with Mercedes, Ford, and GM. They totally got it and helped us with introductions to sponsors and exhibitors. They taught us the language.”

Tech companies were quick to get on board. As Toennies says, “Where else are they going to have 24,000 people in a niche industry together for three days?” In fact, AutoMobility LA’s biggest competitor is not another car show, but the Consumer Electronics Show in Las Vegas. Keynote speakers in November 2016 came from diverse businesses, including Ford CEO Mark Fields, Intel CEO Brian Krzanich, electric car company NextEV U.S. CEO Padmasree Warrior, and 3D-printed car company Local Motor’s CEO Jay Rogers.

Not Your Father’s Car Show

AutoMobility LA 2016 included exhibitors and presenters from traditional car companies like Porsche and General Motors, and tech companies like Hyperloop One and Amazon Alexa. Events included a hackathon with partner Mojio, and presentations from the Design and Developer Challenge, a film competition where multidisciplinary teams envision the future of transportation. The event also introduced a mentoring program for automotive tech startups that attracted 175 submissions. The top 10 were invited to AutoMobility LA to showcase their companies and compete for prizes including funding, mentoring from Silicon Valley venture capitalist Bill Tai, and the opportunity to go to Richard Branson’s private island to pitch their startup to the businessman in person.

The evolution of the press and trade days for the LA Auto Show since 2013 proved so successful that the show was running out of space. Toennies says, “We’re landlocked, we can’t move the show because we are the LA Auto Show.” Although some events had been held off site in 2015, Toennies and her team wanted to keep the trade show elements in the same venue as the car exhibition.

To accomplish this, in 2016 they rented a 50,000-square-foot temporary Technology Pavilion that was built on the convention center’s Gilbert Lindsay Plaza. A simple tent would not have been able to handle heating and cooling for thousands of attendees, minimize traffic noise from the outside, maintain a secure environment for tech exhibitors, and have a sound system good enough for panel discussions and CEO keynotes.

Building the Technology Pavilion required the space to be rented four weeks before the start of the show and involved managing details Toennies had not anticipated.

She says, “I’ve never had to relocate a palm tree for a show before.” The cost of putting up the building was partially offset by using the structure for marketing and sponsorship billboards. At the end of AutoMobility LA last November, use of the Technology Pavilion was re-sold to Toyota and rebranded inside and out for the public days the LA Auto Show.

Following AutoMobility LA the registration area of the convention center transitioned to accommodate pay booths and the manufacturers switched out concept cars for models available for sale ready for the hundreds of thousands of car fans who came to the 10-day consumer show that followed.

Toennies and her team are planning more tech-centered panels, speakers, and exhibitors for AutoMobility LA next November. For the record, she says she’s not bored.