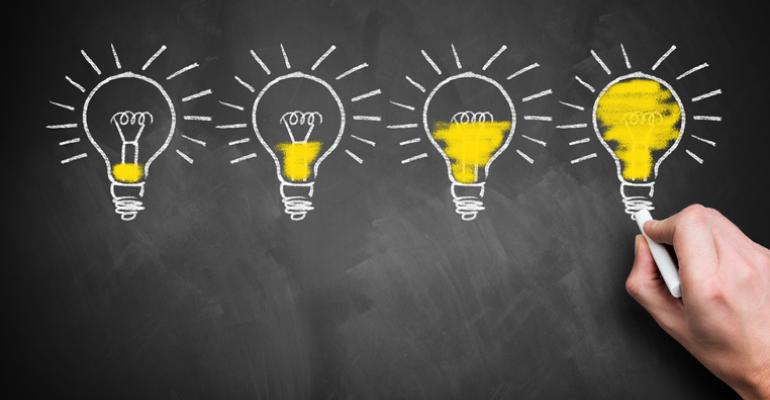 The Insured Retirement Institute used these strategies to boost attendance at its revamped annual meeting and create momentum for future events.

Two days ahead of the Insured Retirement Institute’s annual meeting in September 2019, things were not looking so good. A hurricane was spinning off the coast of South Carolina, and the IRI conference-planning team was in regular contact with the staff of the host hotel in Charleston to discuss whether to postpone the event. “At that point, it looked like the meeting wasn’t going to happen; our team was almost in mourning because we had put so much effort into it,” says Dan Zielinski, strategic communications chief for IRI. “But then the storm stalled at sea and everyone was able to get into town. This meeting was the first step in a big change for the association, so it was a huge morale boost for the team that things went as intended.”

That big change was IRI’s plan to hold one large annual meeting in 2020 rather than three smaller events. “We have about 20 people on staff, and coordinating meetings in March, June, and September was stretching us a bit thin,” he says. To make the single event work, though, members had to be persuaded that their specific learning and networking needs would be met just as well as they were at the smaller, more niche-focused events.

To prepare for 2020, IRI tested its revised marketing plan on the September 2019 event in Charleston, billing it as more of a “big-tent” meeting and a preview of what IRI wants to be: “the premier event in the retirement-income industry,” Zielinski says.

The good news is that the plan worked: Attendance rose 44 percent versus the September 2018 event, while sponsor revenue rose 23 percent. Here are the four pillars upon which IRI built its marketing approach for the annual meeting in 2020 and beyond.

1. Have a proactive CEO and committees.
Wayne Chopus came to IRI as CEO in January 2019 but has been in the industry for 25 years and was an IRI board member for four years as well. “He thought that we should have an event that attracts the broadest audience in our field because that aligns with our long-term member engagement plan, and he reinforced that by establishing a working group on conference strategy with our board,” Zielinski says. Chopus (pictured here) "made the case that he needed the board members as partners, encouraging the influential people they know to communicate throughout their companies that ours is the next-level industry event.” 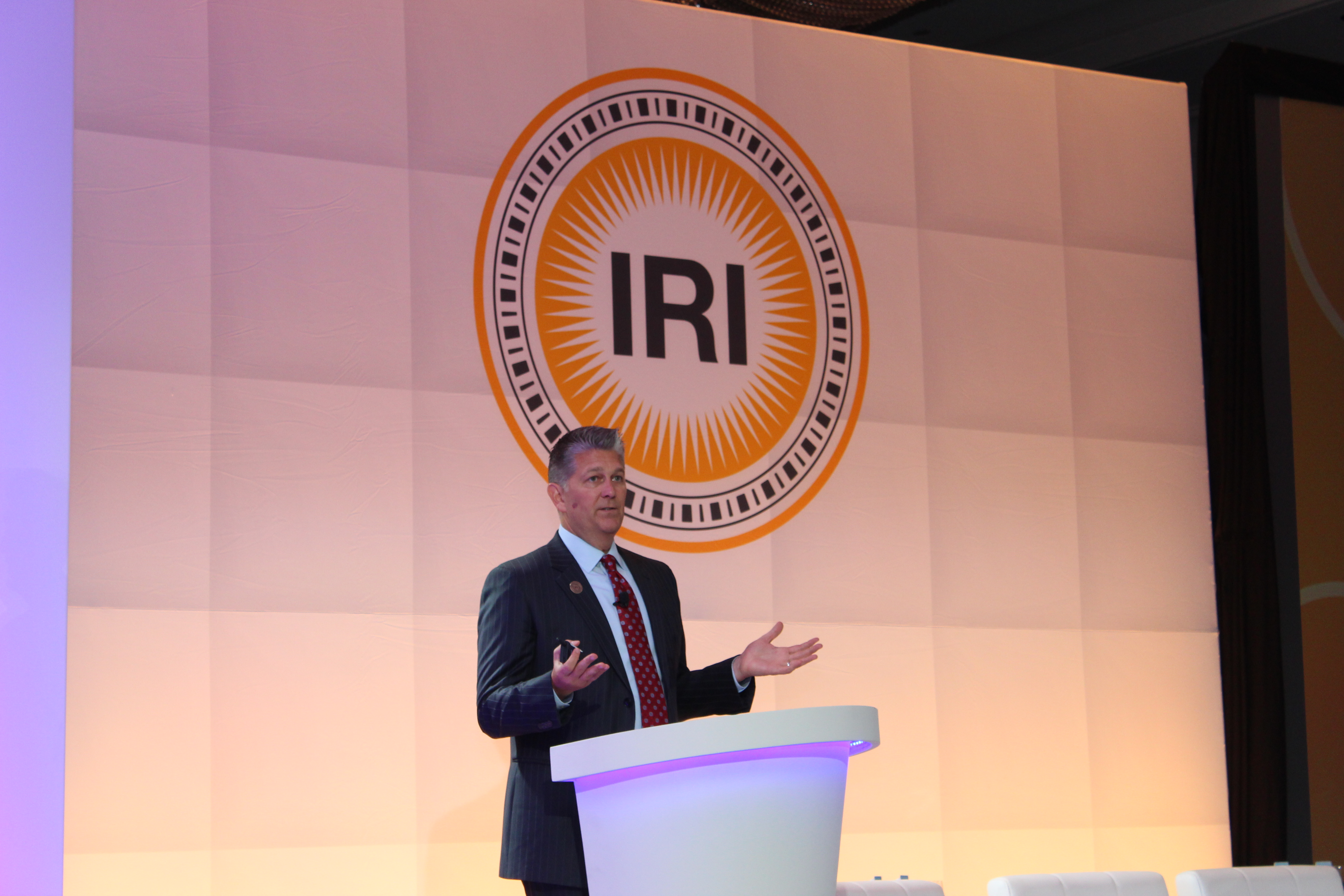 Another way to strengthen the event-marketing machine: “We push information through our committee structure,” Zielinski adds. “Some committees meet weekly, some meet monthly, some meet quarterly—but the annual event is part of every committee meeting’s agenda. Each time, we provide more details on the content and features of the meeting and ask each committee to spread the word to its audience.”

Lastly, “Wayne motivates the entire staff because he pays attention to details.” For instance, he conferred with the staff on approaches for landing more tabletop exhibitors plus sponsorships for different conference elements. IRI reached its sponsor-revenue goal two months ahead of the 2019 event.

2. Use attendee feedback from prior events to promote the next event.
“We learned so much from the post-conference surveys” of IRI’s three events in 2018 and 2019, Zielinski says. From those, “we know that a single annual meeting has to satisfy members’ business interests beyond networking—what specifically will they gain from it so they can go to their bosses and say, ‘I want to attend because this is what I can learn in addition to who I can meet.’”

One revelation that came to the IRI staff as it dug into attendee feedback: “Things might look great on the top line of attendee reviews, but a deeper dive shows signs of where you can improve,” Zielinski says. Armed with such information, IRI uses each monthly newsletter and each weekly promotional email (those begin three months out) “to give people a taste of how we’ll approach the topics that excite them the most, and to show them that we are doing some other things differently that matter to them.”

3. Create consistent design elements across all conference-related media.
For both the dedicated conference website and promotional materials, “we enlisted an outside graphic designer and that was a big help,” Zielinski says. “In the past we’ve put things together in house and they looked all right, but then the designer gave it a shot. The difference really hit us—and we are not the only ones who will notice that. Our stuff has to capture people’s attention, make them stop and look for a minute amidst a sea of emails.”

Interestingly, the outside designer no longer creates all of IRI’s promotional pieces. “Our in-house person is learning from the designer, upping her game, and taking on some of our communication products.” With the promotional materials pushing people to a website that uses the same look, feel, and language, “it gives our event branding the coherence and quality that we want.”

4. Release the event app early.
For the 2019 meeting, IRI made the event app live three weeks out rather than just one week out. “We thought if people could see the agenda in detail, they could start planning their experience and get excited rather than rush through it right before they came to town,” Zielinski says. “We became more deliberate in referring people to it, and we saw an increase in activity.” A messaging function that facilitated attendee engagement helped spur interest as well. On the flip side, “we hedged our bets and placed a printed agenda in each conference bag too. Full adoption of the app will take some time, so we don’t want to force people to use it just yet.” 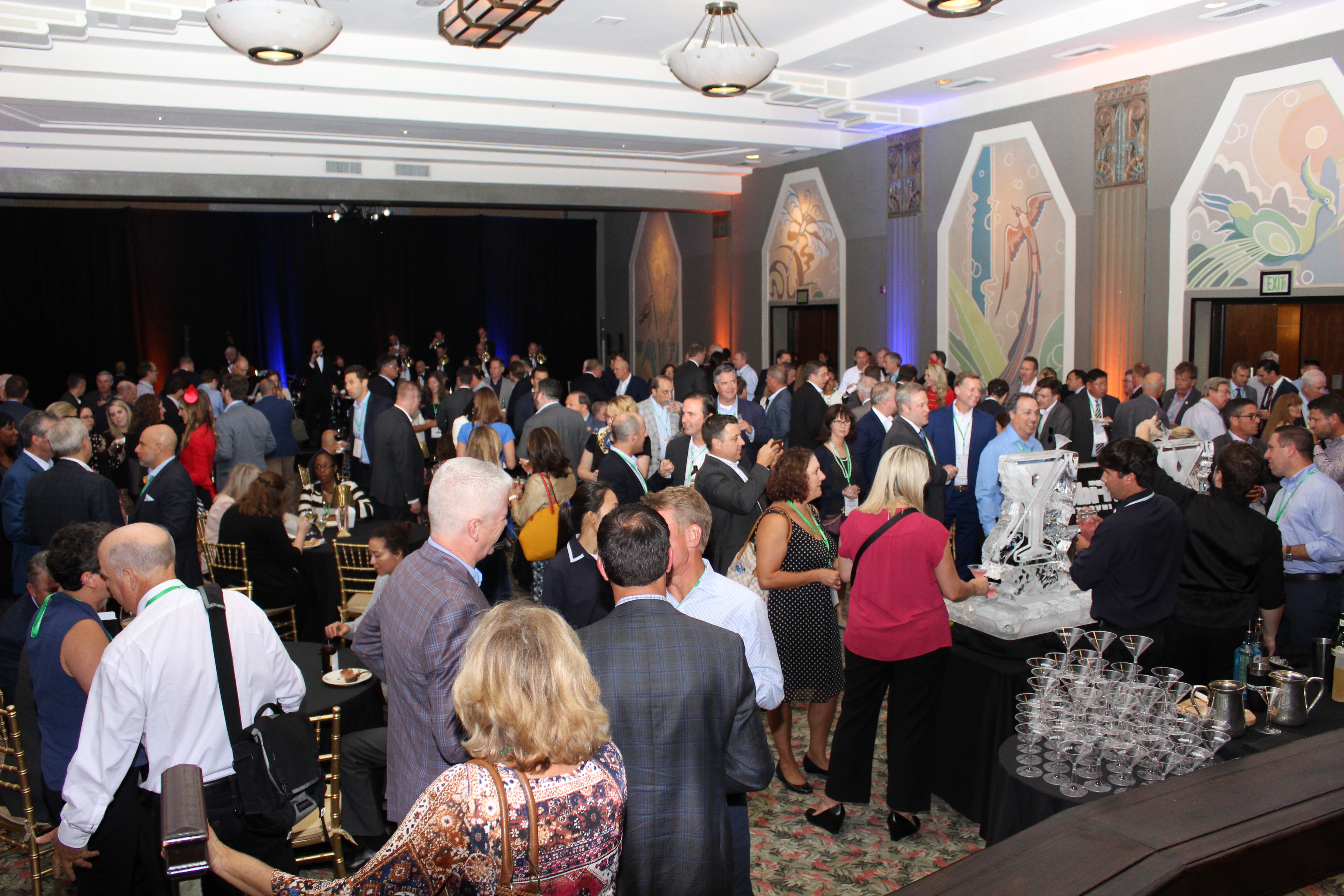 Given the COVID-19 pandemic, IRI’s singular annual meeting, set for September in Chicago, is up in the air as of early May. “We should be in steady promotional mode right now, but to promote when nobody knows what the travel situation is going be won’t work with our audience,” Zielinski says. “We are still preparing the content and the presenters, but other than that we have to wait.” As for adapting to a virtual meeting, “we’re examining our options in case people still aren’t traveling in time to attend in person, but we are not on the backup plan yet. We are still focused on the in-person event. It is an ongoing discussion.”

With 67 percent of attendees from last September’s event (pictured here) saying they would most likely attend again in 2020, plus 23 percent saying they are somewhat likely to attend again, IRI is confident its marketing plan can still deliver more attendees than it did in 2019 if travel resumes sufficiently by September. “There was a different energy and vibe at our last event,” Zielinski says. “I’m generally a worrier, but the positive feeling the meeting created was very telling—attendees were thanking the staff before they went home. If we had marketed the meeting as something it did not turn out to be, we definitely would have heard about that.”