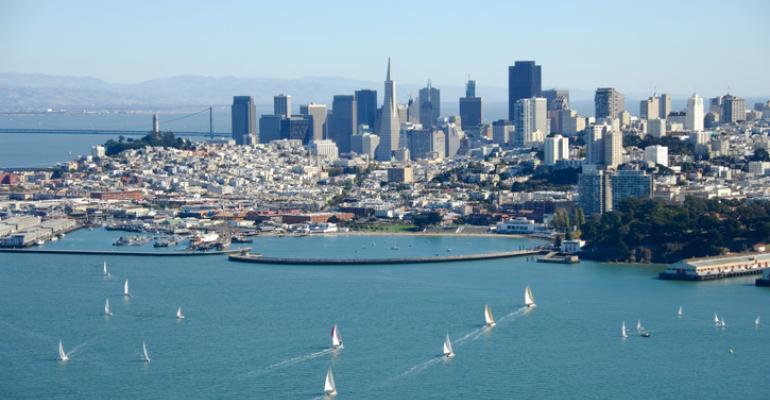 A Flurry of Convention News from San Francisco

The mayor seeks to subsidize space-rental costs at the Moscone Center, and one of the city’s signature mega-events is back—with vaccinations mandatory.

As part of San Francisco Mayor London Breed’s proposed budget for the next two fiscal years, a total of $4.6 million is being allocated to help reduce rental costs at the Moscone Center for incoming convention and trade-show groups. About $2.6 million would be available for hosts to use on space-rental costs for events taking place through mid-2002, while another $2 million would be available for groups coming in between mid-2022 and mid-2023. If the proposal makes it into the final budget, the first round of funding will become available to groups by August.

According to an article by the Bay City News Foundation, city officials hope the proposed subsidies will make the city more attractive to groups who are getting back to in-person events. The Dreamforce annual convention put on by San Francisco’s largest employer, Salesforce, is already confirmed for September 21-23 at The Moscone Center, though a potential subsidy did not factor into the decision.

In 2020, Dreamforce was pushed back to November and renamed to reflect its temporary virtual nature; it was called Dreamforce to You. Prior to that event, chief marketing officer Stephanie Buscemi told MarTech.org that the in-person component of Dreamforce—with its 60,000 room nights on peak—is indispensable to both the company and San Francisco but had to be abandoned for the 2020 edition. “We joke, but it’s true: Dreamforce is part tech conference, part rock concert, part a coming together of world leaders, and part a wellness retreat. There’s so much packed in there that [for 2020] we started to unbundle it and ask: What does the [audience] need right now, and what can be pushed to the side?”

With vaccination rates rising and Covid cases dropping nationwide, Salesforce chose to return to face-to-face this year during the show’s traditional September time frame. But because California presently requires attendees of events larger than 5,000 to provide recent negative Covid test results or proof of vaccination, Dreamforce will go the extra step and make vaccinations mandatory in order to attend.

“The in-person presence of Dreamforce will have a profound impact on future convention bookings in San Francisco for 2021 and beyond,” said Joe D’Alessandro, president and CEO of San Francisco Travel Association, in a statement. “This event will show the world that San Francisco is open and back on the road to recovery from the pandemic. It’s an amazing opportunity to present San Francisco as a premier destination for meetings and conventions in the post-Covid world.”

With the proposed space-rental subsidy at the Moscone Center, the city is trying to “make it easier for organizers to host their next event here,” said Mayor Breed. D’Alessandro added that “the convention market is highly competitive, and this Moscone funding is essential in helping us attract group business and remain relevant in the aggressive market."

That might be the case, but such a tactic is likely to be a tougher sell in other convention cities. Butch Spyridon, president and CEO of the Nashville Convention & Visitors Corporation and board chair of Destinations International, notes that “every city is looking for an advantage to restart their meetings business at a meaningful level. I think incentives will play a role in the short term, but we all must understand that while it appears to be a buyers’ market, the sellers still do not have a lot of resources. Never has it been more clear that we’re all in this together.”

The Art of Persuasion in the New Environment
May 18, 2021