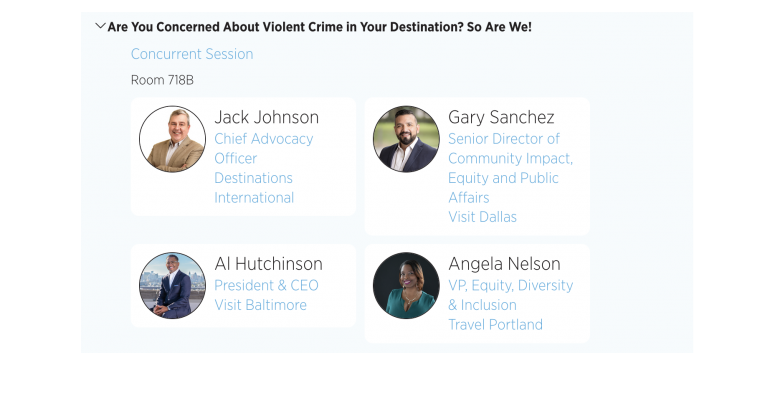 At its July convention, the association for destination marketing organizations will dedicate significant time to finding solutions for a problem that extends well beyond its industry: the rise in urban crime and its impact on public safety.

When Destinations International brings together about 1,400 of its members from July 19 to 21 at Metro Toronto Convention Centre, much of the discussion will be around how to promote the best of a destination’s offerings for tourists, business travelers, athletic tournaments, and meeting and convention groups.

This year, however, the association’s leadership and its members will tackle head-on a larger societal issue that affects a city’s residents as much as, and perhaps even more than, its visitors. In a June 22 post on the social-media channel LinkedIn, Don Welsh, president & CEO of Destinations International, publicly started the conversation that will fully blossom at DI’s annual convention. Here is how he laid out the issue:

“One of the biggest issues we currently see in destinations around the United States is violent crime. The increase in violence is apparent across many communities and, unfortunately, there hasn’t been a day in the past few months where we didn’t turn on the news and learn of a new shooting or other form of violence in our neighborhoods.

“The causes and solutions of violent crime are many and not always easy to deduce, and it is fair to say that [these things] fall outside of a destination organization’s wheelhouse. This is clearly not an area where destination organizations should be expected to play a leading role...but they most certainly have a supporting role in their community’s response and in the development of solutions.” 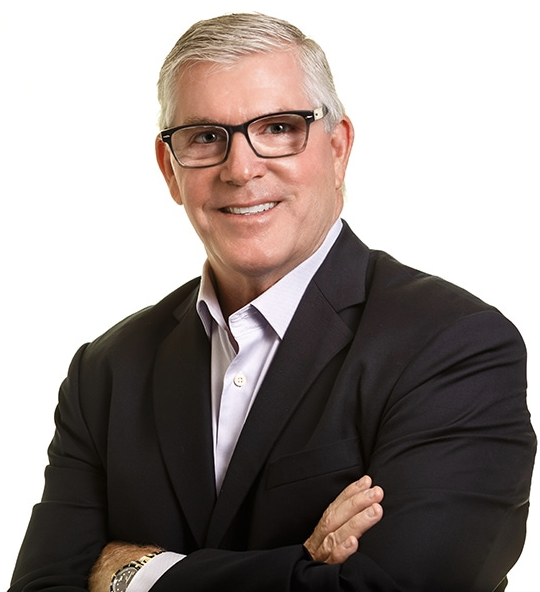 One week after that post and three weeks before DI’s annual convention, Welsh (in photo) gave MeetingsNet more details about how DI’s leadership and its members will approach the topic at their event.

MeetingsNet: What types of sessions will address crime and safety at your annual meeting?
Don Welsh: First, we will have an invitation-only deep-dive session sponsored by the Destinations International Foundation, where we have invited leaders from our industry—including many of the emerging leaders from our “30 Under 30” program—to come together a few times over the first two days of the event to explore the issue in detail. After that, there will be a breakout session on day three that’s open to all convention attendees. It will feature a panel of three leaders who participated in the sessions of the first two days: Al Hutchinson of Visit Baltimore, Gary Sanchez of Visit Dallas, and Angela Nelson of Travel Portland. This session will be facilitated by Jack Johnson, chief advocacy officer for Destinations International. That session will likely have a lot of interaction between the audience and the panel.

MeetingsNet: Are DMOs such as convention and visitor bureaus now seeing their incoming meeting groups voicing more concerns about attendee safety at host destinations compared to the past?
Don Welsh: I think questions about attendee of event safety have been rising for several years now. Certainly, recent occurrences have heightened this. But it is happening everywhere—small towns, big towns—that we think it is a topic that needs to be addressed by destination organizations in every city.

MeetingsNet: What kinds of solutions could destination management organizations contribute to keeping meeting groups safe, or to help the overall safety situation for citizens and visitors alike?
Don Welsh: Through our conversations on violent crime with destination organization leaders in different cities, we are finding a wide range of practices and strategies being used. They range from making sure that [planners] have timely and accurate data for their host destination, and that police and other first responders in the destination have information about the meetings and events taking place at a given time. Also, some destinations have programs aimed at making certain areas of the destination safer.

The purpose of our efforts is to bring destination representatives together in one place to hear ideas and solutions and understand how they might be able to replicate whichever ones that would be appropriate for their destinations. We understand that this is a complex problem that’s not in our wheelhouse, but we are finding solutions that nip at the edges and make impacts that can build momentum within the larger issue.

MeetingsNet: Are there any DMOs doing something right now that could serve as a model for other destinations looking to reassure meeting groups and other visitors?
Don Welsh: Yes, there have been several creative initiatives, and we will be highlighting as many as possible at our convention.

One example is from Visit Dallas, which is part of a collaborative effort known as “24-Hour Dallas” that aims to make the destination safer, more inclusive, and vibrant at night.

Another is in Calgary, where there is a nine-block program that has the goals of facilitating collaboration between the city and its community partners, and improving vibrancy and safety at all times of the day.

One other example is in Miami, where there is a campaign titled “Take Care of Our City” that showcases how to care for the destination by educating residents and visitors on some of the relevant laws and regulations, such as the items that are prohibited on the beach, which encourages people to explore Miami Beach responsibly.