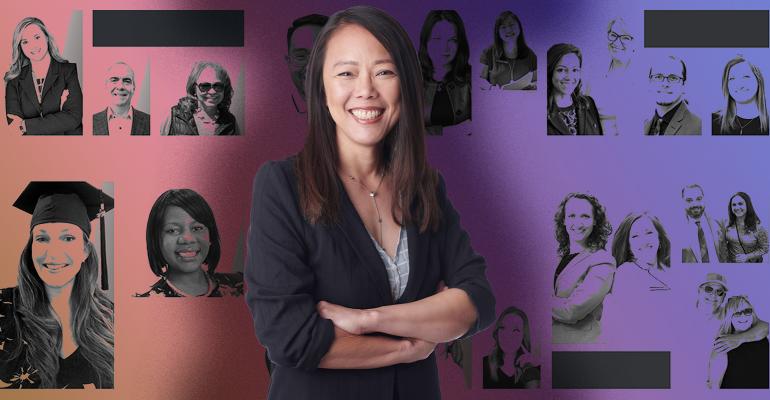 Building a Coalition to Rebuild the Events Industry

At the beginning of the pandemic, it became apparent that it would take a village to bring back the meetings industry. So, Sue Sung set about creating one called Go LIVE Together.

For her work in launching Go LIVE Together, a coalition working to speed the safe recovery of in-person meeting and events

Sue Sung has always thought a bit differently—“but not in the Elon Musk-crazy innovative way,” she says. “More in the Spock-crazy logical way.” Being able to approach situations objectively came in handy in March 2020 when, seeing the devastation being wrought by Covid-19, she wanted to be sure the meetings and events industry was included in the CARES Act then under discussion.

“We didn’t set out to create something new—we just needed a way to mobilize and communicate with Freeman’s network,” she says. But the goal of the Go LIVE Together coalition that resulted came out to be much broader: to spur the rapid and safe reopening of the meetings and events industry.

Because other groups were already focusing on relief, GLT took aim at recovery. “It became clear as the shutdown wore on that reopening was not only our best hope, but our only hope of getting our people back to work and ensuring our business’ survival,” Sung says. The coalition launched in April 2020 backed by 80 founding members from 113 countries; it now has more than 2,700 associations and companies as members, representing more than 150,000 businesses.

A key push of the coalition has been to influence legislators on the industry’s behalf. “We’ve met with almost four dozen federal legislative offices, as well as state and local officials in key states, including Florida, California, Nevada, Illinois, and New York, among others,” she says. GLT drafted and influenced bills in support of the industry, including the Hospitality and Commerce Job Recovery Act that currently has 80 co-sponsors (and counting) in the House of Representatives. GLT also engaged an epidemiological modeling firm to illustrate the risk of COVID-19 infection at large business gatherings (20,000+ people) and has used this data to successfully influence reopening plans and dates in several states.

While it began as a temporary coalition in pursuit of a singular goal, as the months wore on, it became clear that the industry did not have a critically needed voice on Capitol Hill, Sung says.

That’s why the GLT operating committee decided to form the Exhibitions and Conferences Alliance.  “This alliance of eight founding associations (CEIR, DI, EDPA, ESCA, IAEE, IAVM, SISO, UFI) is dedicated to advocacy—to ensure our industry maintains its voice and is heard by federal and local legislators,” she says. “ECA will carry on the legislative action that Go LIVE Together and others have started, to ensure our industry has a voice and is better prepared when the next crisis hits.”

Sung sees two keys to successful change management: You need a clear purpose, and you need to meet people where they are. “In any change situation, people have to know where they’re going or they’re only able to follow you for so long. (Envision being the back half of a two-person horse costume). And as a leader of change, it’s easy to lose focus and get distracted by events along the way. Clarity of outcome—where are we headed, what does beautiful look like—will help you say yes and no to the right things.”

The second part is equally important, she says. “I spent over 20 years as a consultant before joining Freeman. Most of the time when I see projects fail, it’s not that they were wrong, per se. But the best strategy is nothing more than an academic exercise if it can’t be implemented. The really good strategies make the most of what is already there, and usually, there’s a lot there if you know how to tap into it.”