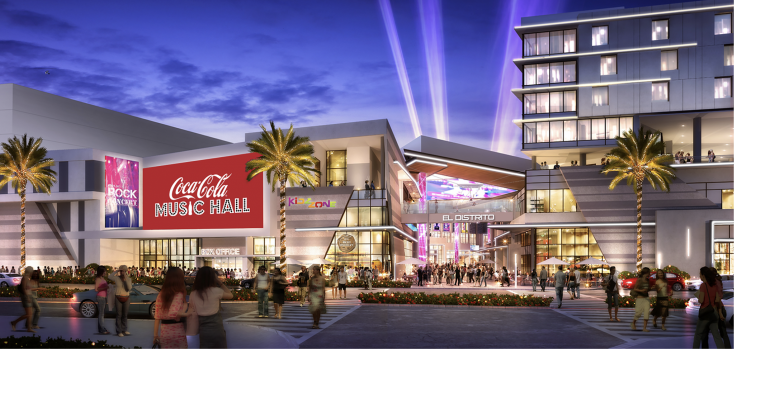 A victim of unfortunate timing with the Covid pandemic, San Juan’s Distrito T-Mobile entertainment area next to the convention center finally had its grand opening in September.

In early 2020, Puerto Rico’s major push to land more business from the convention and trade-show market was ready to roll out in the form of a five-acre, $185 million entertainment complex called Distrito T-Mobile. But the mid-March opening date was postponed as the Covid pandemic exploded right around the same time.

After 18 months of downtime, the dining, shopping, music, and art district was opened to the public in late September. Federico Stubbe, CEO of PRISA Group, the developer of the multisensory complex, was joined by Puerto Rico Governor Pedro Pierluisi to showcase the capabilities of the space, which features one of the world's largest horizontal 4K-resolution screens set high above the main plaza's stage. The grand opening also featured a surprise performance from Luis Fonsi, who sang his hit Despacito (the most downloaded song in history thus far), as well as bomba and salsa dancers and other varieties of authentic Puerto Rican entertainment.

In addition to its 12 restaurants, Distrito T-Mobile offers eight movie theaters, a day/night disco, several technology-based attractions, and a zipline that runs overhead throughout the district. For business-event groups, however, the various outdoor plazas ringed with art installations and a 4,000-seat presentation and music venue are the central features. 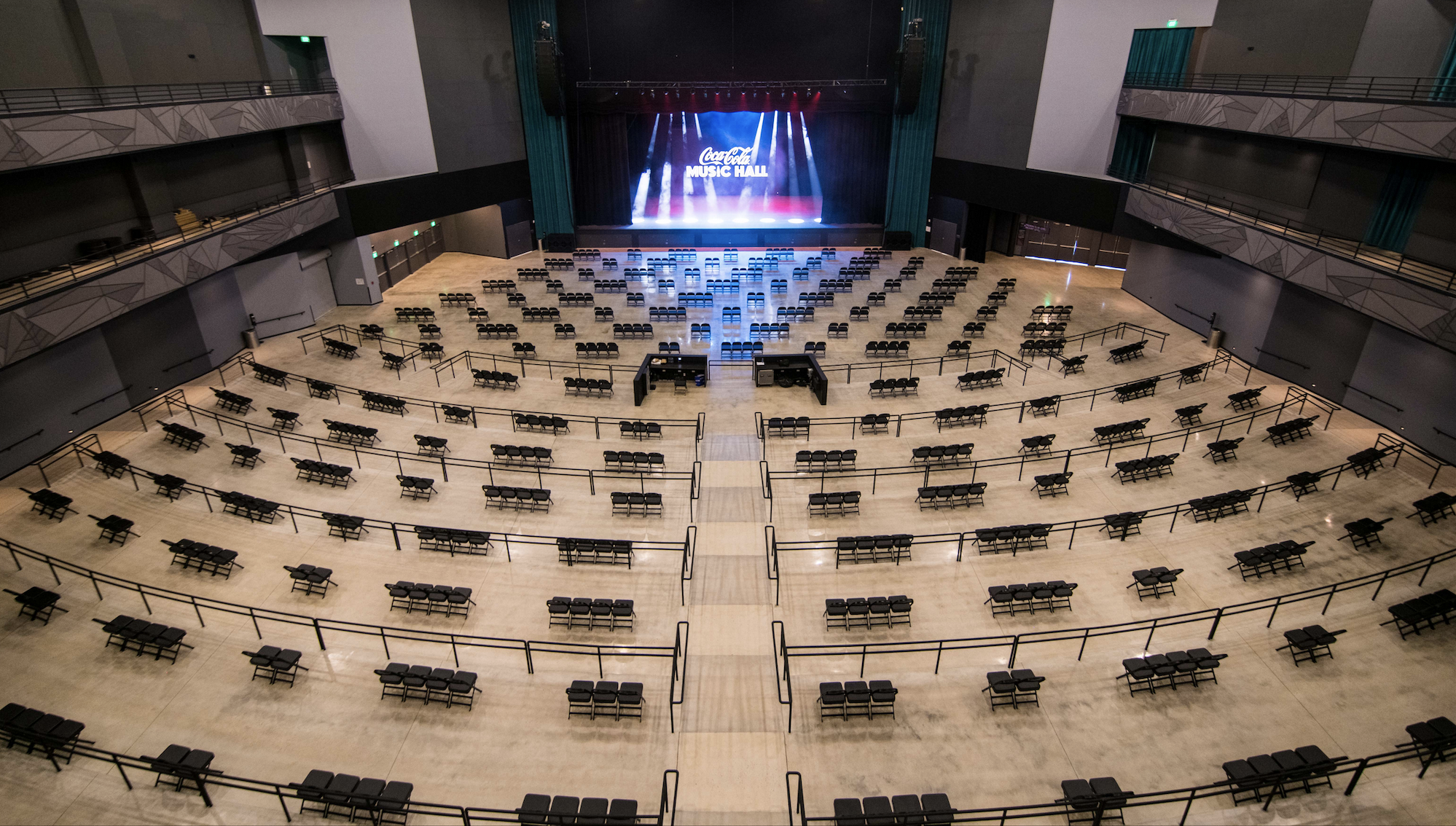 Named the Coca-Cola Music Hall, the three-level facility (pictured here) will host concerts but also be available to convention groups for special events. The main level of the hall has removable chairs to allow different setups of the floor space. Also, “we will have in-house specialists to help event producers with staging, audiovisual, and acoustic services, all of which are included in the rental fee,” says Jorge Perez, general manager of both the Puerto Rico Convention Center and the Coca-Cola Music Hall. 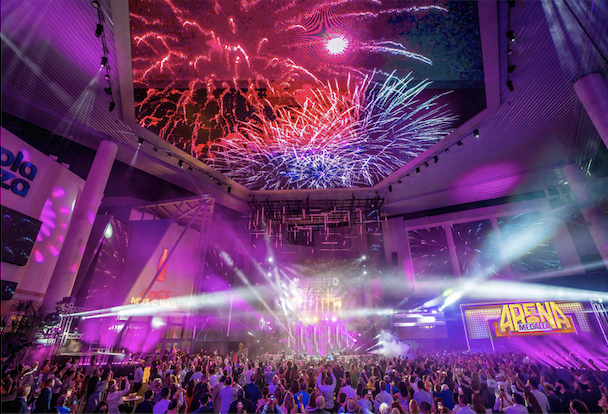 Along with the new hall, there’s an adjacent 50,000-square-foot outdoor plaza (pictured here and below) that groups can use for receptions prior to a performance, with huge LED screens permanently installed around the perimeter that can present customized visuals and content.