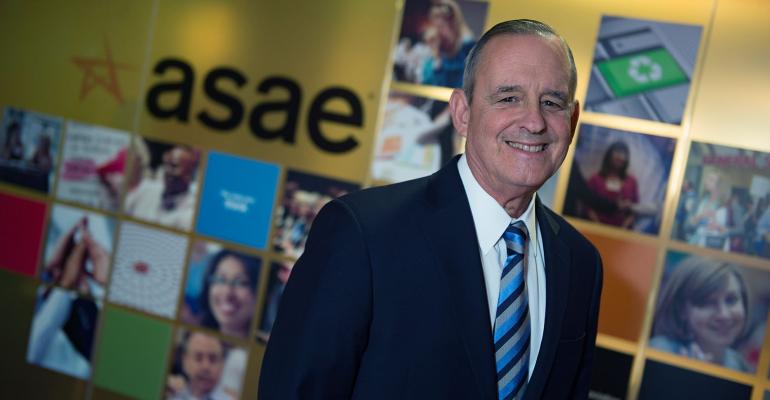 “We see innumerable examples every day of how associations effect positive change—not just for the industries or professions they serve, but for society at large. America is quite simply a better place to live and work because the association community is leading the way in areas like professional development and credentialing, standard setting, community assistance, research, and volunteerism.”

Those are the words of John H. Graham IV, FASAE, CAE, the long-time president and CEO of the American Society of Association Executives, who has passed away from cancer. Graham lived that message, working as an executive with ASAE for 16 years, the American Diabetes Association for 24 years, and Boy Scouts of America for nine years. He served on the U.S. Chamber of Commerce’s Association Committee of 100; as chairman of the Mobile Giving Foundation Board of Directors; on the Lambda Chi Alpha Foundation Board of Directors; and as president of the National Capital Area Council, Boy Scouts of America.

Graham, who stepped back from leading the association for associations last summer, joined ASAE in August 2003 following the departure of Michael S. Olson, CAE. During his tenure, Graham doubled the association’s members and earned the Association Executive of the Year Award from Association Trends, among other honors. In May 2015, he was recognized by the Boy Scouts of America as a Distinguished Eagle Scout.

"John was a visionary who guided and shaped the work of associations to the benefit of thousands of workers and organizations around the country," commented U.S. Travel President and CEO Roger Dow. "John was a close, trusted partner of U.S. Travel for many years, lending invaluable support to the American travel industry. While we will miss John's leadership, it is his friendship and inimitable compassion that will be missed most of all."

The leaders at the Meetings Mean Business Coalition, Trina Camacho-London and Fred Dixon, co-chairs, and Nan Marchand Beauvois, managing director, also expressed the industry's loss: "John’s leadership, counsel and dedication have left a lasting and transformative impact on our industry, to which we are eternally grateful. Our hope is to honor his legacy through our work for years to come."

Susan Robertson, ASAE’s executive vice president, was named interim president and CEO last summer and will continue to serve in that role.