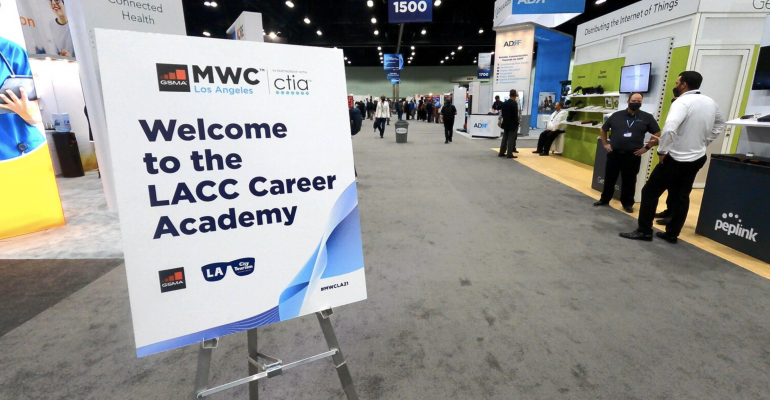 A sign welcomes students to the show floor of Mobile World Congress, held in October at the Los Angeles Convention Center
Association Conventions and Expos

Ahead of the Curve on Diversity, Inclusion, and Equity

At last October’s GSMA Mobile World Congress, a dozen high-school students put in a long day of work at the Los Angeles Convention Center. But they weren’t volunteer staffers; rather, they attended sessions, mingled with speakers, and even walked the show floor with Eric Garcetti, the mayor of Los Angeles at that time, to chat with exhibitors.

The students’ goal for that day: Understand the possibilities available to them in the telecommunications and mobile-technology industries, which each of them said they had interest in learning about.

In fact, one of the best ways for these students to imagine themselves working in those fields is to see and hear firsthand from industry people they can relate to. For instance, “imagine a girl meeting a doctor, architect, accountant, scientist, designer, sales executive, or CEO that looks like her and had a similar childhood, hearing her story, and being inspired to pursue the same path,” says Doane Liu, executive director of the Los Angeles Department of Convention and Tourism Development. “Citywide events offer a unique opportunity for our community’s youth to explore careers they might not have considered and allow them to envision how they could fit into those worlds.”

A little more than a year ago, Liu took Mayor Garcetti’s pledge to improve social and economic equity across the city’s population and applied it to the local convention and trade-show sector. The result was a partnership between Liu’s department, the Los Angeles Unified School District, and the Los Angeles Convention Center: the LACC Career Academy.

The academy reaches out to city schools in lower-income districts to pair up 10 to 12 students with an incoming convention group that agrees to facilitate a one-day VIP-attendee experience. This includes breakfast and lunch at the center alongside session presenters and attendees with identities or backgrounds similar to the students; access to main-stage sessions; and time on the show floor to talk with pre-selected exhibitors.

For Mobile World Congress, “we started talking to GSMA about five months out to sell them on the concept. It didn’t take much; they loved it,” Liu says. “Then we walked them through our vision for it. We said, ‘just help us connect with some of your speakers and attendees that these kids will relate to—do your best to find diverse people who could tell their stories about getting into and being part of that industry.” 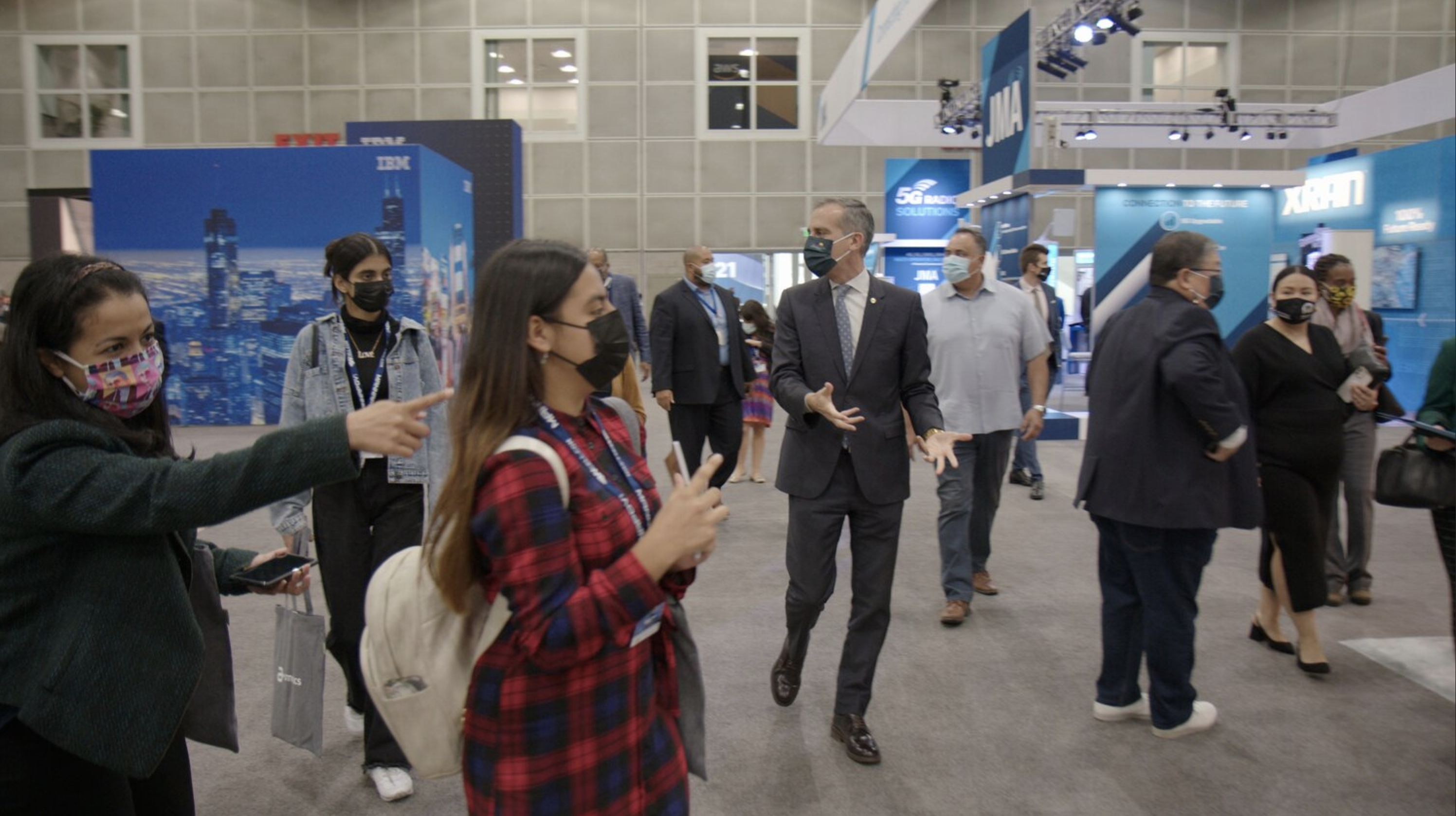 After the student group’s breakfast meeting with a Mobile World Congress staffer and a handful of event participants, they took a seat in the main hall for Garcetti’s keynote speech. After his presentation, Garcetti met with the kids backstage and then accompanied them (see photo) for much of their tour around the show floor to speak with exhibitors to understand their role within the company and their purpose at the event.

Though Liu’s goal for 2021 was to have 10 events host students for a day, the Covid pandemic kept that number at just two, with mid-November’s Los Angeles Auto Show joining Mobile World Congress as a participating event. However, Liu hopes that 2022 will see enough in-person events taking place at the convention center that LACC Career Academy can host student outings at 10 citywides.

“In mid-February, we have the United States and Canadian Academy of Pathology coming in,” he says. “It’s our first medical convention to participate, and they are very excited about providing medical professionals and researchers to talk with the kids. We've got a medical magnet school in South Los Angeles that’s next to a children's hospital, and we’ll get a dozen of its students into the conference.”

Darren Green, chief sales officer of Discover Los Angeles, says that “the LACC Career Academy is an innovative option for meeting planners looking to authentically make an impact in our city. It allows our event customers to address diversity, equity, and inclusion initiatives along with executing corporate social responsibility.”

“For kids who have probably driven by the convention center many times and wondered what goes on in there, this type of experience makes such a deep impression,” says Liu. 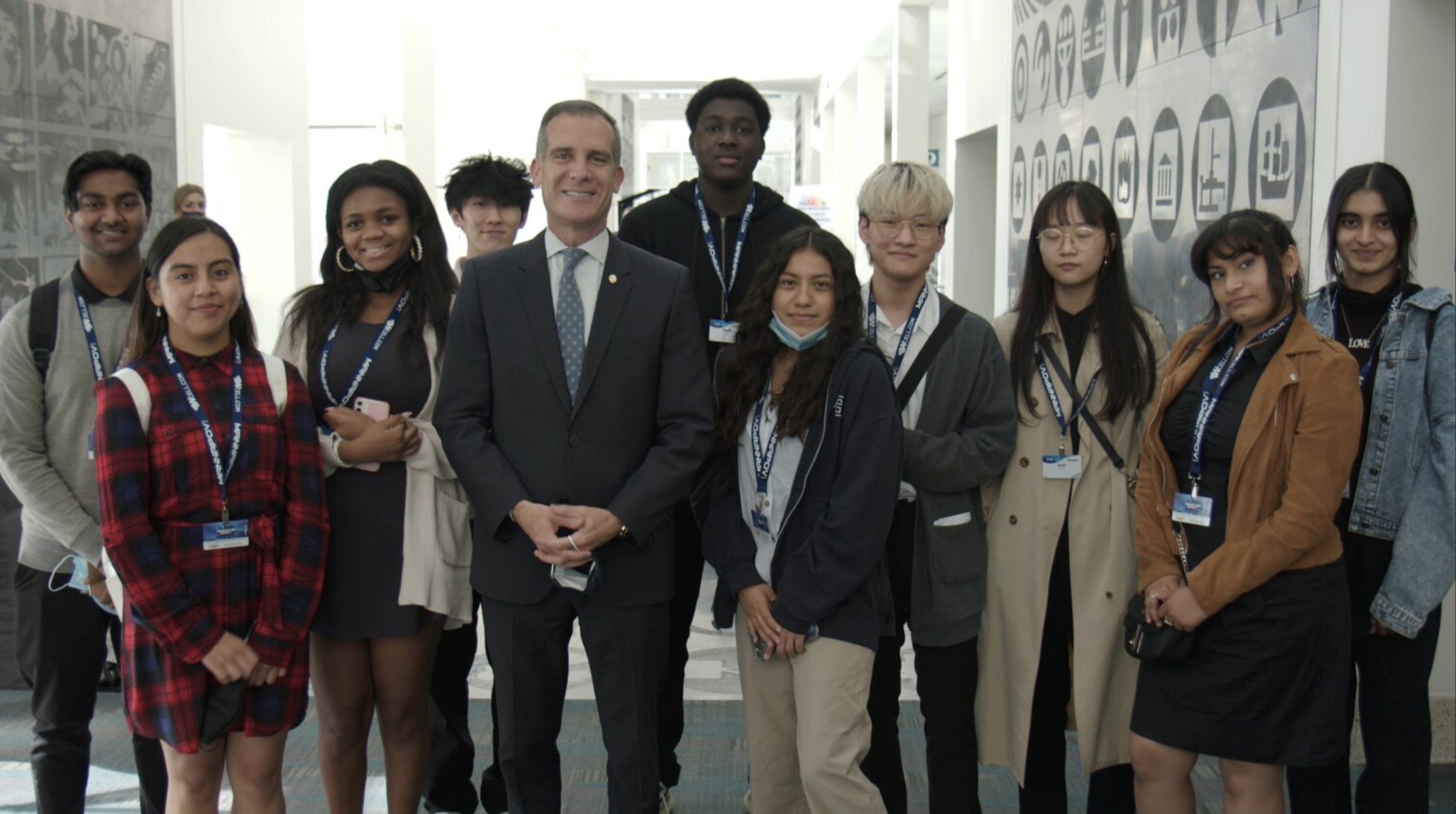