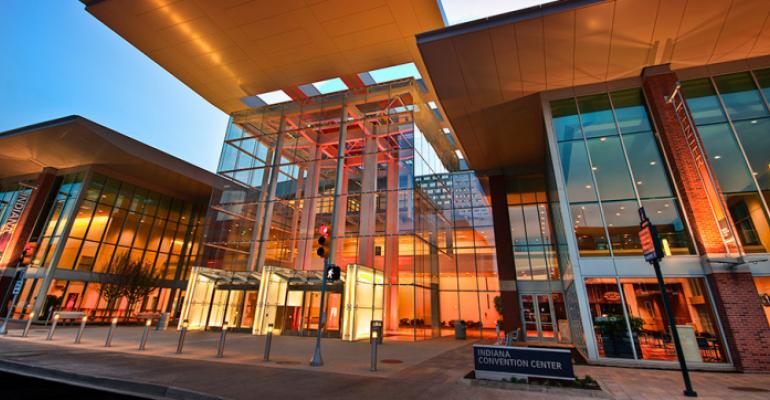 Indiana Convention Center in Indianapolis is one of the new homes for the National Confectioners Association Sweets & Snacks Expo.
Association Conventions and Expos

The National Confectioners Association has decided on a two-city rotation for its signature event.

The Sweets & Snacks Expo has been held in Chicago for more than 20 years, and will continue that tradition this year and next, but the National Confectioners Association has decided to move its show out of the Windy City. NCA announced Tuesday that it had committed to a two-city rotation between Indianapolis and Las Vegas between 2024 and 2032.

Pre-pandemic, the Sweets & Snacks Expo was a fast-growing event, attracting “about 18,000 attendees from 90 countries and around 800 exhibitors,” said NCA President and CEO John Downs. “Las Vegas and Indianapolis presented the best options to us for the future that were available to meet growing [space] demands for our show.”

In part, Las Vegas and Indianapolis have Covid-19 to thank for the new business. While NCA cancelled the Sweets & Snacks Expo in May 2020 because of the pandemic, it was ready to meet in person in 2021. Unfortunately, Chicago wasn’t ready. “We weren’t allowed to have a show in Chicago [in 2021 because of pandemic regulations]. So, we had to find an alternative city,” Downs said. Attracted by the work done to safely host the NCAA basketball tournament, NCA looked at Indianapolis as an alternative and was won over. The association brought its 2021 expo to the Indiana Convention Center and, though smaller than usual, the event was a success, Downs said. “It opened our eyes in terms of Indianapolis attractions and the ease of getting from the airport to the city. … It was an experience that everyone really enjoyed.”

The 2021 event launched talks about the possibility of meeting in cities other than Chicago, and eventually NCA’s Sweets & Snacks Committee landed on the idea of a rotation between Indianapolis and a city in the western U.S.  Las Vegas got the nod, Downs said, both for its infrastructure, which can accommodate growth, and because of positive feedback from exhibitors who had previous experience meeting there.