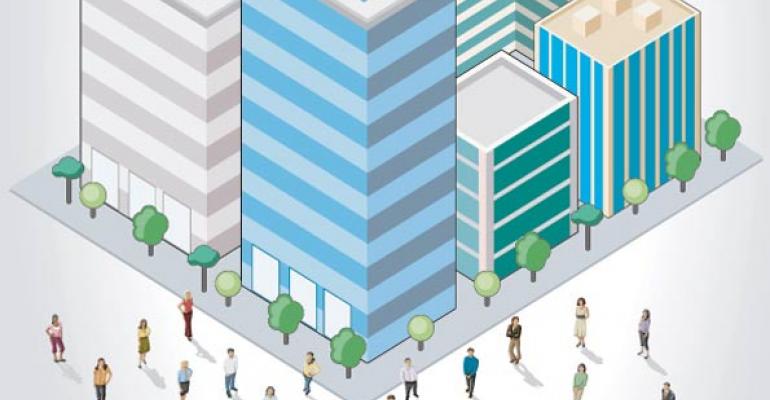 With attendees waiting longer to book their convention hotel stays, association and convention meeting managers need creative ways to ensure room blocks get filled. Making those blocks smaller has been the cautious planner’s option since the recession.

But why not try a new incentive for keeping attendees in the block? We collected a couple dozen ideas in our recent MeetingsNet/association trends survey, which also reveals what factors planners consider most important when choosing room-block hotels, how many have been hit with attrition fees, and whether you should expect to pay for meeting space in hotels in 2014. 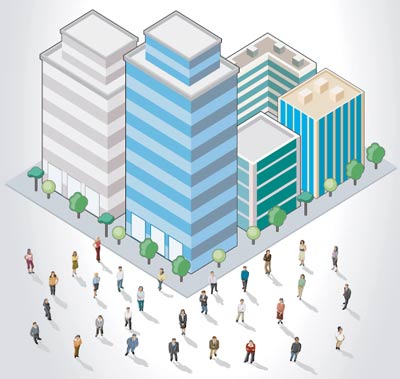 What About the Blocks? 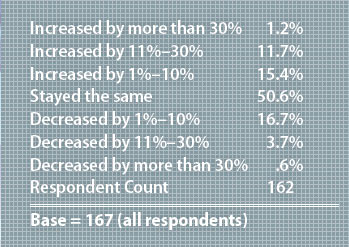 TABLE 1: How did the size of your hotel block change for your 2012 convention compared to your 2011 convention?

For 2013, the numbers are roughly the same with 27 percent projecting an increase, 62 percent saying their blocks will stay the same, and 11 percent anticipating smaller blocks. (See table 2.)  Readers are more optimistic for 2014, with 34 percent expecting blocks to increase, 53 percent staying the same, and 13 percent decreasing in size.

For some, it’s a “once bitten, twice shy” scenario. “Many were hurt financially during the downturn and hit with high attrition,” says Susie Townsend, senior vice president of visitor experience at Visit Indy, citing feedback from a recent customer advisory board meeting. And many are still wary of an unstable economy. She’s seen blocks that are 10 to 25 percent smaller even with the same or higher attendance. Lisa Nguyen, director of event management and registration at onPeak, a housing service, says her clients are beginning to increase their blocks, but in more strategic ways, paying more attention to what attendees want and where they want to stay.

During a city’s high-demand periods, some hotels want to offer smaller blocks because they know they can get higher rates from transient business and other guests. In other words, the hotels can take advantage of “compression,” according to Shimasaki.

Booking Outside the Block

“As much as things have changed, some things have not. There is still a lot of activity that goes on outside of the contracted room block, especially when you are contracting with multiple hotels,” said Shimasaki. It often depends on the city you have selected and the time period, she added.

The use of third-party online sites like Expedia took off during the recession, and the trend hasn’t gone away, despite the return to a more robust economy and stronger attendance. “As people become more tech-savvy and are carrying computers around in their pockets, they are booking online and looking for the best dollar value,” said Brian Rubin, client services director of exhibitions and conferences at Penton, and a panelist for the MeetingsNet housing webinar. A post-show survey for one Penton show, WasteExpo, held in New Orleans, revealed that 16 percent of attendees booked through online sites; for Penton’s International Wireless Communication Expo, held in Las Vegas, it was 17 percent.

“People tend to do a search of all the third-party sites before they make a commitment,” says Nguyen. Her company includes a “lowest rate” clause in its hotel contracts to say that the hotels within the block can’t offer lower rates over the contracted block dates.

Planners responding to the MeetingsNet/association survey listed the top three reasons they see delegates booking outside the block: 1) better rates found elsewhere; 2) booking at the last minute or too late for the block; 3) the delegate’s desired room-block hotel is sold out. The first two were also among the top three responses planners gave when asked why exhibitors book outside the block. (“Mandated by corporate travel policy” was the third reason.)

The survey supports a trend Nguyen has seen emerge in the past five years—many attendees are waiting until the last minute to book their rooms. She notes a variety of reasons for the shift: They could be facing a longer budget-approval process, tighter schedules, or they could be holding out for a lower rate, knowing that in the final days before a conference, hotels often release available rooms to online companies at a discount. For example, about 7 percent of WasteExpo attendees said they booked outside the block because they came in at the last minute.

Going forward, however, it could be difficult to find better rates without staying farther out than anticipated, as occupancy rises and demand increases. “It’s supply and demand,” says Townsend. “If the city is open, great. If it’s not and demand is higher, it’s more difficult.”

Anecdotally, it seems hotels were more lax during the recession about charging attrition fees—penalties were almost non-existent. But that has changed. “Hotels have really strengthened their positions on attrition and on cancellation,” says Bill Bohde, senior vice president, sales and marketing, at Meet Detroit.  “It has made meeting planners a little bit more cautious in blocking rooms.”

Our survey found that 14 percent of planners paid attrition fees for either their 2012 or 2013 conventions. 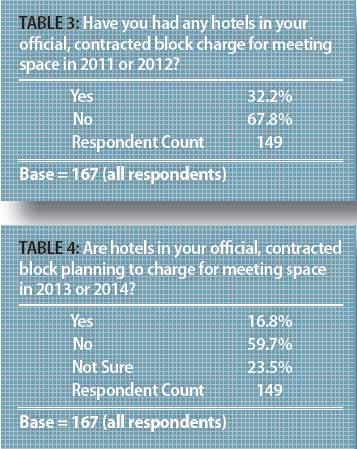 Attrition is not the only area where planners have been paying fees. In 2011 and 2012, 32 percent of meeting organizers were charged for the use of meeting space at hotels within their official, contracted block.

Typically, especially during the recession, hotels would offer free meeting space rental, particularly when the group met a certain F&B minimum, explains Mark Dallman, regional vice president of sales, HPN Global, a site selection and contract negotiation company. But in recent years, as illustrated by the survey, more hotels have been charging for meeting space on top of F&B minimums as demand has increased.

About one in four planners are uncertain about whether or not hotels will charge for meeting space rental in 2013 and 2014, our survey found. Some 60 percent reported they are not paying for meeting space this year or next, while 17 percent are paying rental fees. (See tables 3 and 4.)

Room Rates on the Rise

Hotel industry experts predicted room rates would rise about 4 percent in 2013, but what planners are seeing is a mixed bag when it comes to changes in rates and overall hotel costs. Just over one-third of respondents said room rates/hotel costs went up less than 5 percent in 2013 compared to 2012, while 23 percent said they went up 6–10 percent. About 7 percent said rates went up 11–20 percent, while a (rather unfortunate!) 1 percent experienced an increase of 21–30 percent. 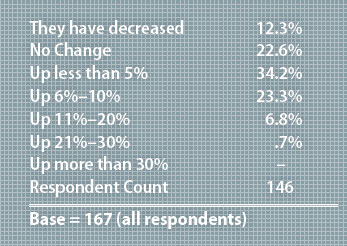 TABLE 5: On average, how much have room rates/hotel costs changed for your 2013 convention compared to your 2012 (or last) convention?

When it comes to choosing hotels for the official room block, meeting organizers say room rate/overall cost is the most important factor. (See table 6 for how they weighted individual factors, from “not at all important” to “extremely important.”) About 71 percent listed rate/cost as extremely important and 26 percent called it important. 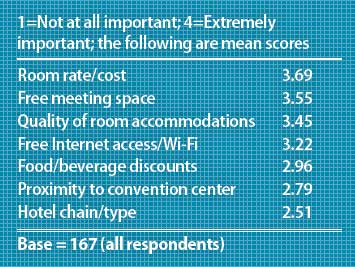 TABLE 6: How important are the following considerations when choosing hotels for your official block?The Impact of Free Internet

About 44 percent of planners cited free Internet access/Wi-Fi as extremely important to their site selection and 36 percent called it very important. This factor ranked higher on the wish list than food-and-beverage discounts, hotel chain/type, and proximity to the convention center.

Value of Booking Inside the Block

“If clients educate their people on why they should book inside the block, we find those events to be more successful,” says Nguyen. Our survey found that 63 percent educate their attendees via information on their registration or hotel-booking Web sites, while 37 percent do not.

A review of the benefits of booking inside the block and using the official housing bureau—getting the lowest guaranteed rate, protection from being walked, being able to cancel, not having to make a deposit—always carries the most weight with attendees when it comes from the association, says Nguyen.

The bottom line is that when attendees book inside the block, they are supporting the association by giving it more leverage in negotiations, she says. The larger the block, the more revenue for the destination, the better the history, and the easier it is to negotiate concessions with individual hotels or the CVB, potentially including free Internet, free parking, free meeting space, discounted F&B, cheaper rooms, tours, receptions, off-site events, shuttle service, complimentary rooms, room upgrades, or free breakfast.

One-third of respondents said their room blocks were attacked by unauthorized third-party housing companies (often called poachers) in 2012 or 2013.  Nguyen says she’s come across more poachers in recent years and they typically go after exhibitors and promise lower rates, tricking some into thinking they are official housing bureaus. “We’ve run into issues where [exhibitors] will book through a poacher and pay upfront and when they show up, the poacher has disappeared and they don’t have the reservation,” she says. That’s why it’s important for associations to clearly communicate the name of the association’s official housing bureau.

21 Ways to Keep Them Inside the Block

We asked planners for their most successful incentives for enticing attendees to book inside the block and got some great responses:

Download the full survey, complete with 22 data tables and dozens of write-in suggestions from planners for successful incentives they use to entice attendees to book within the block.

Perception vs. Reality: How Realistic are Your Room Blocks?
Jun 26, 2013