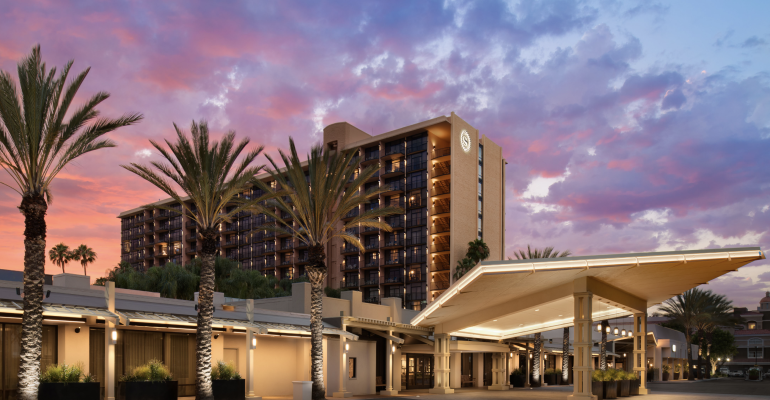 The Sheraton Park Anaheim Hotel has undergone a big renovation that focuses on more communal gathering spaces, an element of the brand’s new philosophy.

Among the 15 Sheraton hotels now featuring the brand’s new concept that debuted at the Sheraton Grand Phoenix more than two years ago but wasn’t widely rolled out due to the Covid pandemic, the 490-room Sheraton Park Anaheim Hotel is the first in California to show off the concept after a $33 million renovation.

There’s 30,275 square feet of meeting space on property, including small glass-walled gathering spaces in a lobby that was redesigned with long tables, living-room-style seating pods, and a central F&B/bar outlet named &More that changes its focus as the day goes on, all for a more communal experience. 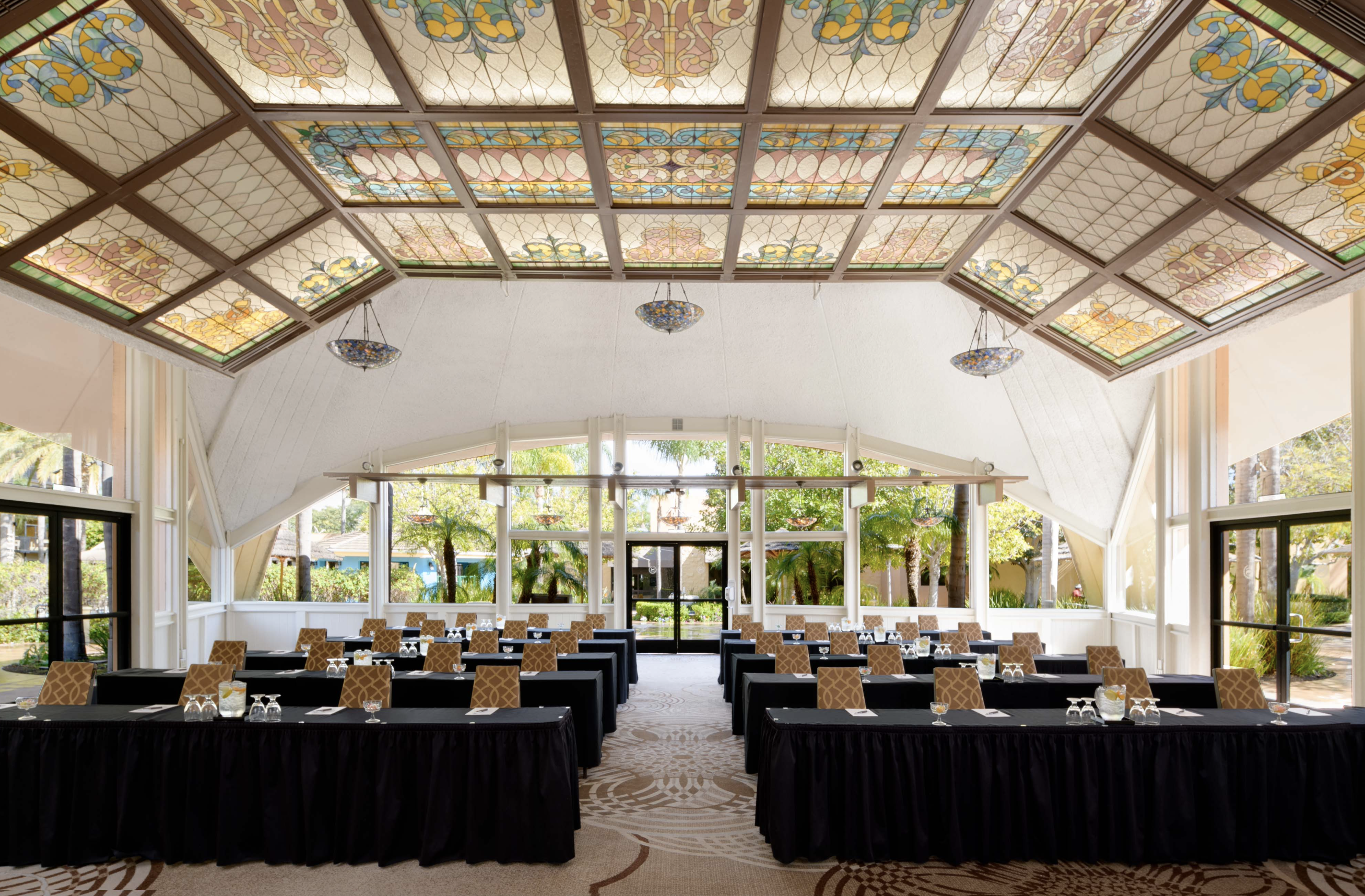 The largest meeting space is the 11,000-square-foot Park Ballroom that’s divisible by eight. There are also two 1,800-square-foot rooms that are divisible, along with the 2,140-square-foot Tiffany Room (in photo) that opens to a 5,120-square-foot outdoor patio.

Other renovations at the property include fully refurbished guest rooms and a reimagined restaurant. Named Savor, the eatery specializes in hand-crafted pizzas baked in a stone hearth that patrons can see. For more formal dining, there’s also a Morton’s Steakhouse on property.