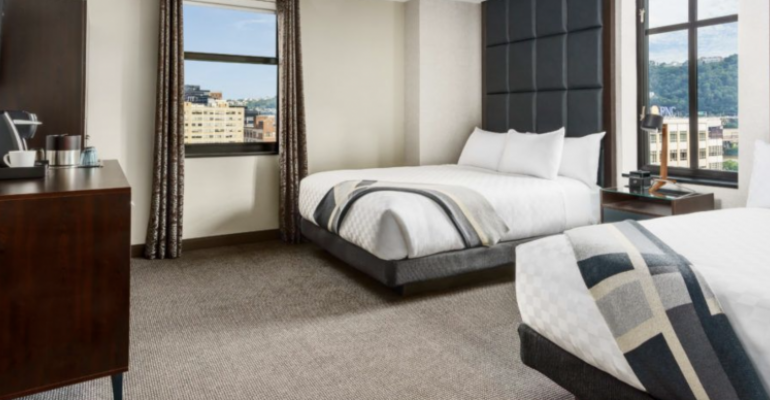 Distrikt Hotel is closing after just four years, but the property will re-emerge as Joinery Hotel in June.

In Pittsburgh, a Gothic Revival-style building built in 1924 for the Salvation Army of Western Pennsylvania sat empty for many years until a major renovation transformed it into Distrikt Hotel Pittsburgh. That property, opened in 2017, is now bowing out, but a new brand will take its place in June.

The 185-room boutique property will reflag as Joinery Hotel Pittsburgh, part of the Curio Collection by Hilton. Strictly for small meetings or as a convention room-block possibility, the property has 800 square feet of meeting space plus a 10th-floor outdoor terrace with views of the city.  While not on the doorstep of the city’s David L. Lawrence Convention Center, like the Westin Pittsburgh or the Courtyard Pittsburgh Downtown, Joinery is less than a mile away and also located in the “golden triangle” business district between the Allegheny and Monongahela rivers. 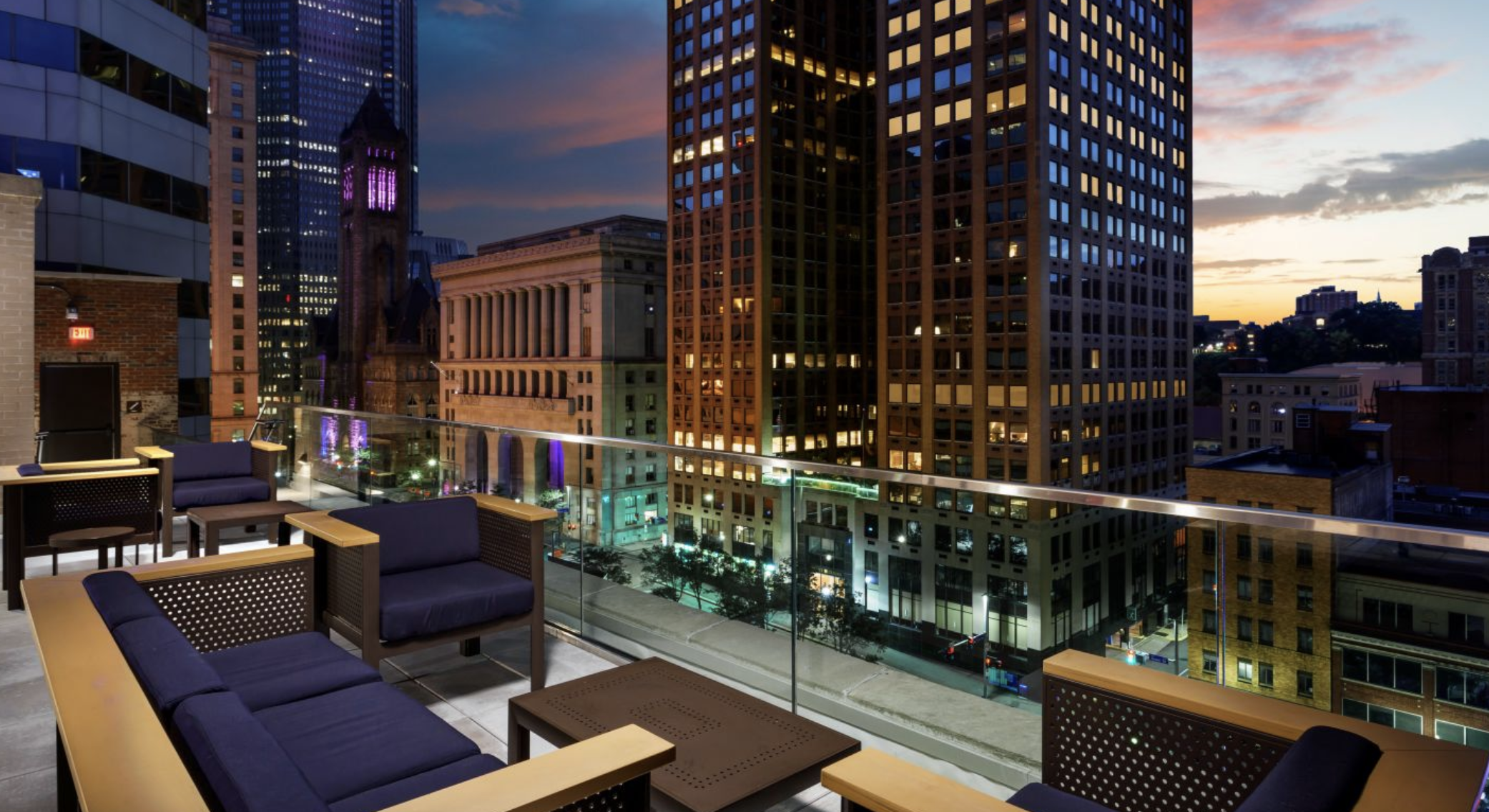 The design of the new lobby, presently under construction, intends to create a “neighborhood hub” with refreshments, a library, board games, and rental bikes, all aligned with local businesses such as Voodoo Brewery, Nicholas Coffee, and Thick Bikes.

The Distrikt’s restaurant is being replaced with the T&E Diner, featuring a menu of American classics such as burgers and ribs.

Joinery will be the second boutique property in the central business district to open this year. The Industrialist opened a month ago with 124 rooms. The Joinery is a 30-minute drive from Pittsburgh International Airport.