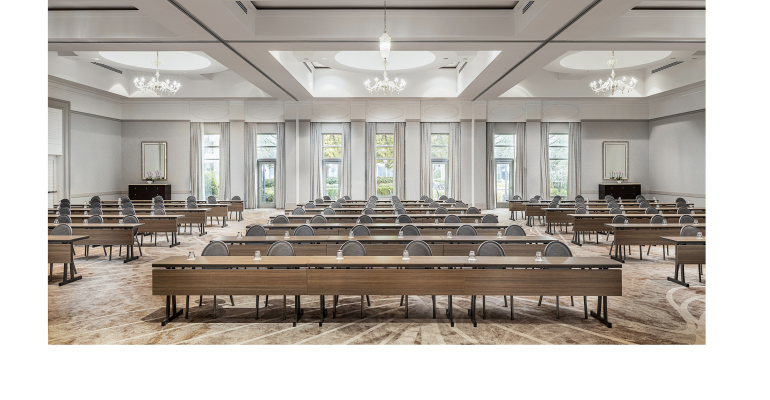 Intercontinental Buckhead Atlanta debuts a new restaurant and lobby to go along with upgraded meeting space; guest rooms and the spa are soon to be complete.

The 425-unit Intercontinental Buckhead Atlanta has unveiled phase one of its comprehensive renovation, with phase two set for completion by end of summer.

Late May saw the opening of The Americano, an upscale Italian restaurant helmed by two-time James Beard Award–winning chef Scott Conant. Offerings range from steaks and house-made pasta to organic salads, Italian antipasti, and Mediterranean seafood. The restaurant serves lunch and dinner as well as breakfast at its more-casual café. 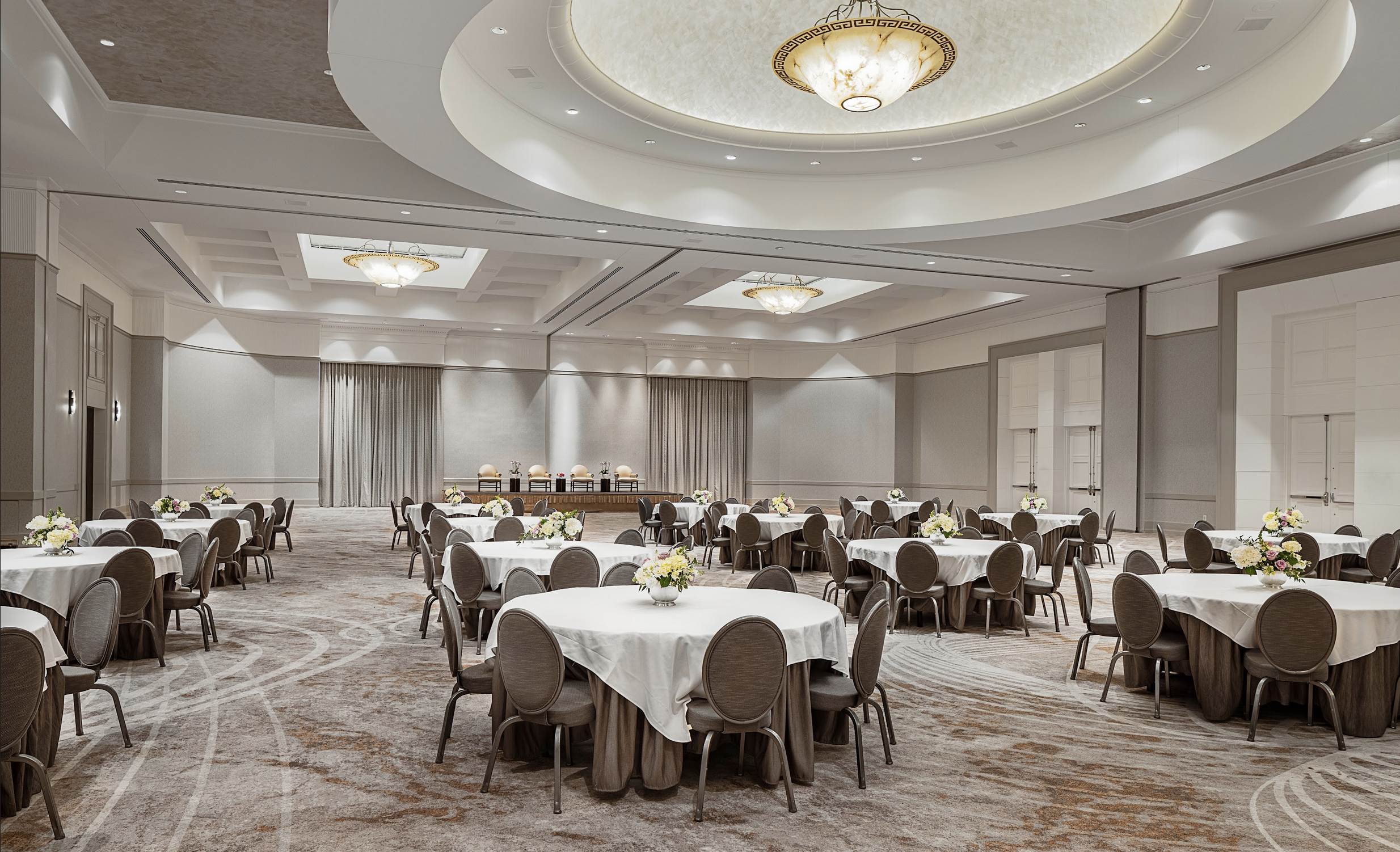 In addition, the hotel received design and décor overhauls in its marble-trimmed lobby (photo below), plus new lighting, wall coverings, carpeting, and furniture across its 31,000 square feet of meeting and event space. The larger of the property’s two ballrooms is the Windsor (photo here), a 12,000-square-foot space that’s divisible by five, while the Venetian is a 6,100-square-foot ballroom divisible by six. Two other rooms of 2,600 square feet are each divisible by two, and there are three smaller dedicated breakout rooms as well. And just outside the ballrooms lies Windsor Garden, a lush 25,000-square-foot outdoor event space. 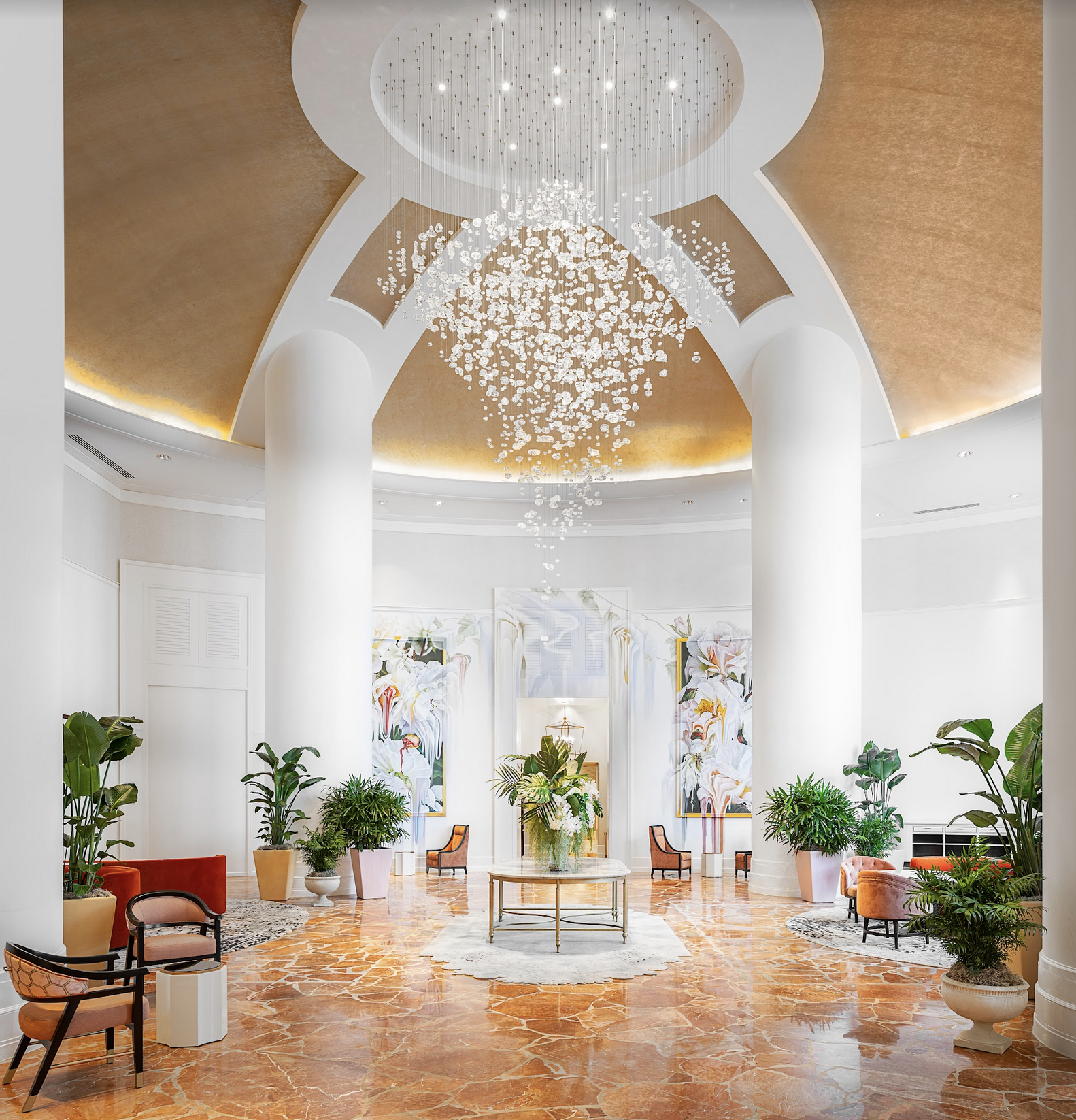 Lisa Simeone, principal of KTGY Simeone Deary Design Group, summarizes the new design of the hotel’s public spaces and meeting rooms as being “traditional [Southern] with a twist: large-scale custom artwork by Niki Zarrabi throughout.”

The second phase of renovations will bring stylish updates to the 422 guest rooms and suites (photo below) plus the three Presidential Suites, along with the opening of a reimagined spa concept.

The Intercontinental Buckhead Atlanta is adjacent to the 326-room Embassy Suites by Hilton Atlanta Buckhead, and within six blocks of eight other business hotels. The hotel is 20 miles from Atlanta Hartsfield International Airport, a 30-minute drive. 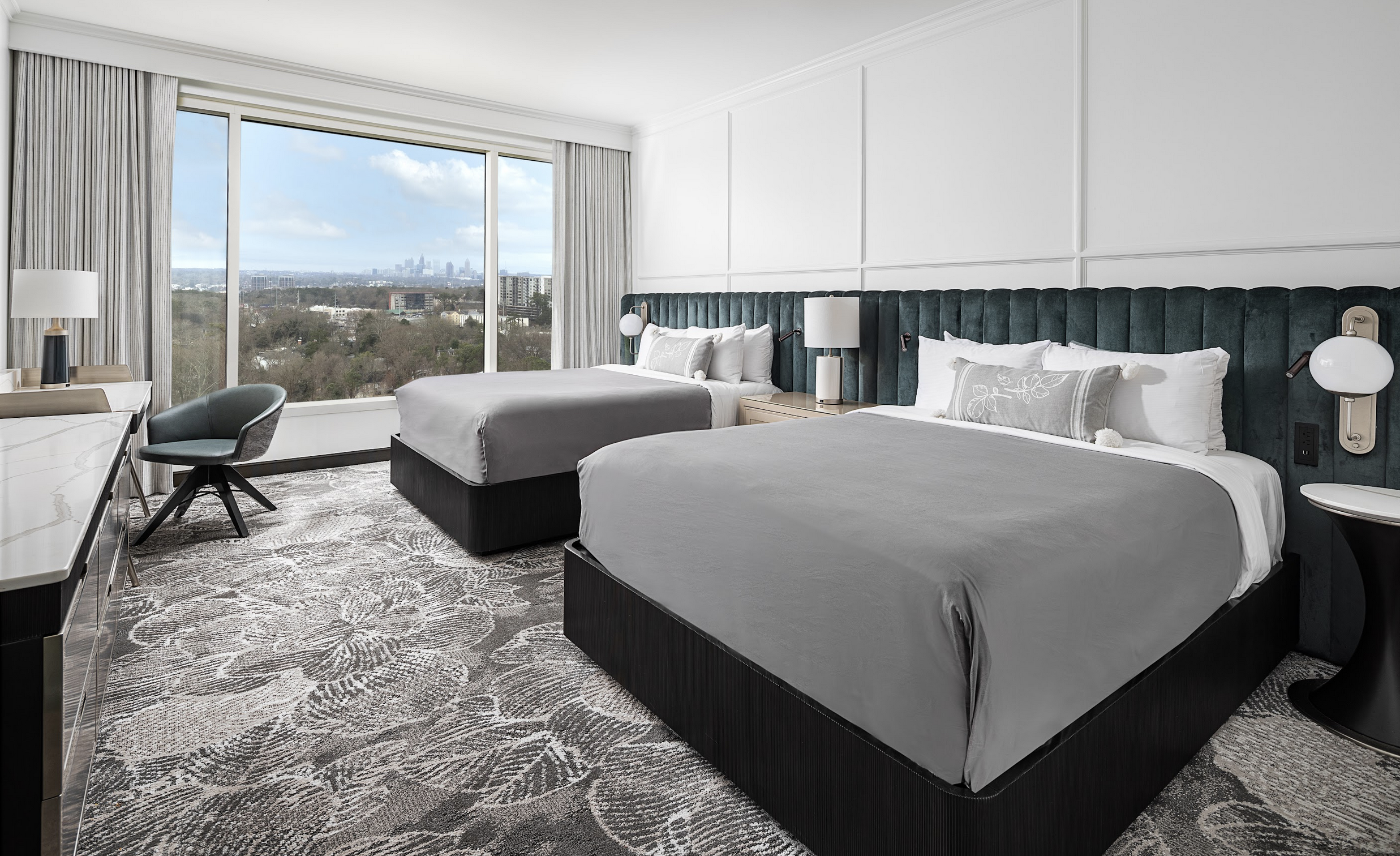