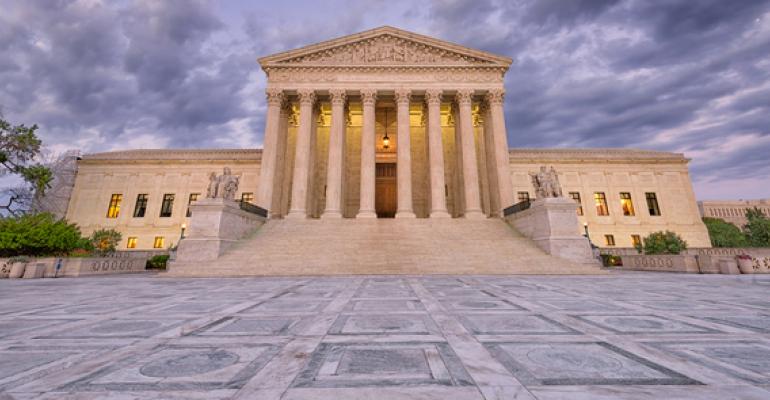 Site-Selection Can Be Political: Protect Your Organization

Two ideas for stronger contract clauses for groups concerned that social or political issues might upend their meeting destination.

You can look back to the early 1990s, when conventions and events—including the Super Bowl—left Arizona in droves when the state refused to recognize Martin Luther King Day as a holiday. Or for a recent example, there’s the National Education Association’s decision late last year to move its July 2022 convention from Dallas to Chicago in reaction to the Texas state legislature’s moves on voting rights, abortion, and other issues.

The politics of site selection is likely heat up in June when the Supreme Court rules on Dobbs v. Jackson Women’s Health Organization, which could overturn Roe vs. Wade and end federal constitutional protections for abortion rights.

Groups concerned that they may need to cancel an event in reaction to a social or political issue can try to limit their risk by using a contract clause. But there are right ways and wrong ways to go about it, says Joshua Grimes, Esq. of Grimes Law Offices, LLC.

To start, says Grimes, “there is generally no right to terminate a contract because a state or local government passes an objectionable law, so if your contract is silent on the issue and you want to cancel, you're probably going to pay cancellation damages.” The key, he says, is to develop a clause that gives the meeting group the right to cancel under specific and objective circumstances, and not ask for conditions so broad that the contract becomes overly risky for your venue partner

“I suggest that groups develop a contract clause that has a few steps in it,” Grimes says. One approach is to identify specific impact areas of concern. He cites, for example, state or local governments passing laws that restrict voting rights, impact reproductive issues, or discriminate against a certain group of people. Those issues would be specified in the contract clause and allow the group to terminate the contract without paying damages.

Another approach to consider “because we don’t know what laws are coming down the pike,” says Grimes, is to have potential attendee cancellations trigger the clause. That is, in the contract, establish a certain threshold number of participants who communicate via email, letter, or phone that they are not planning to attend the upcoming meeting because of a new law passed by a state or local government. If group can show that the threshold, say 20 percent of anticipated attendees, had expressed an unwillingness to attend, that would trigger the provision. What the group would do next—and this needs to be written in the contract, notes Grimes—is bring the issue to the attention of the venue, who would then have an opportunity to issue a communication to attendees. “After that, if the group can demonstrate that a certain threshold number of attendees still will not attend, then it could cancel or postpone without liability.

“Some of my clients have used this clause and gotten it incorporated into their contracts,” says Grimes. “Some have been unsuccessful and needed to decide if they wanted to move forward in the destination anyway.”

The best approach to avoiding site-selection controversies, however, may be the simplest. “History has shown us that most of the laws that groups tend to find objectionable happen in a certain limited number of states,” Grimes says. “If groups determine that they don't want to accept a certain amount of risk, they just shouldn't meet in those places. That’s the easiest way to deal with it.”