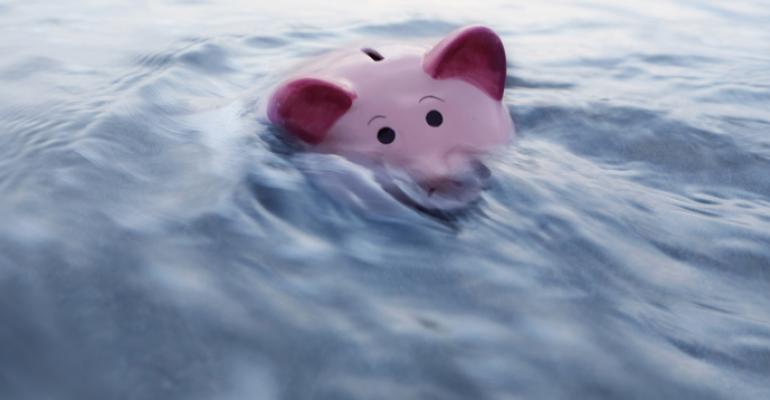 Can You Protect a Meeting if the Venue Goes Bankrupt?

Fairmont San Jose abruptly shut down last week, relocating all guests. With many hotels suffering, here’s some advice on how to avoid a similar disruption, or at least be prepared for it.

The Vegas Golden Knights NHL hockey team was in San Jose, Calif., last Friday to play a series against the Sharks. At the downtown Fairmont Hotel where they were staying, players had just finished a pregame meal when they learned they needed to pack up and check out. The 805-room hotel had filed for bankruptcy and was abruptly closing its doors.

Could this happen to your group?

Across the globe, the hotel industry has struggled financially through the Covid-19 pandemic. Business and convention travel has been especially hard hit, and for some hotels, creditors can’t wait. In a March 7 San Jose Mercury News article about the Fairmont’s closing, Alan Reay, president of Atlas Hospitality Group, noted that just 14 notices of default for delinquent loans were filed against hotels in California in all of 2020—but in January 2021 alone there were at least 20 notices of default against hotels in the state.

The Fairmont is expected to reopen in a few months and affected guests were relocated to other San Jose properties, but that’s cold comfort for meeting organizers who are planning to re-boot their in-person meeting programs later this year and face concerns about their venues’ financial stability. What can a planner do?

“This is a significant issue,” says Grimes. “You can put something in the contract that requires the venue to notify you if it declares bankruptcy, if it’s foreclosed upon, or if it’s unable to pay creditors. In fact, I recommend it. But the fact is, it's really not going to help much. If you don't find out about the hotel’s financial situation until it declares bankruptcy or until it stops operating, it’s probably too late. At that point, the group may be able to cancel, but it may not get a refund of any deposits if they’ve all been spent.”

However, a group can put a provision in its contract requiring the venue to respond to questions about its ability to perform. “If, for instance, three months before the meeting you hear that the property might shut down for financial problems,” says Grimes, “with a good contractual clause a group has the right to ask questions of the property, and the property must provide evidence that they will be able to perform.”

Dunn suggests that planners “should really look at putting together a ‘punch list’ of reasonable assurances” that the hotel can perform, for both existing and new contracts. This could cover everything from financial issues to staffing to quality of the facilities (including ventilation). “If there’s reason to believe that a party can’t perform a contract, the other party has a right to get reasonable assurances.”

For groups that already have a contract clause that allows them to seek assurances that the venue can perform from a financial standpoint, Dunn suggests making sure the language is broad enough. “It may be specific to bankruptcy; maybe it should be opened up a little bit to include operating under a protected status, or financial difficulty, things like that.”

Grimes and Dunn both emphasized that one of planners’ most important tools is controlling the purse strings. “Planners need to be very careful about when they pay deposits,” Grimes says. “They should try to push them as close to the meeting dates as possible. If a property declares bankruptcy, the group will be in the same place as all the other creditors in terms of trying to get deposit money back. And the property will probably have very little money left for refunds.”

“From a practical standpoint, best thing to do is to not turn over the money,” agrees Dunn. “Rather than front-loading the deposit schedule, break it up over time into smaller chunks. Hotels have been willing to do that. It’s easier to argue about money when you're holding it than when they’re holding it.”

Grimes says a cancellation clause can also protect planners when it covers a situation where “the hotel changes management companies, brands, and possibly ownership,” Grimes notes. “That doesn’t mean you have to cancel, but it gives you the right if a property is no longer going to operate the same way as before. The group has a right to ask questions about how the hotel will be operated going forward, and then cancel without liability if they’re not pleased with the answer. So, if a hotel downgrades from full-service to a limited-service property, the group would have the option to cancel without liability.”

However, it’s important to note that just because a property declares bankruptcy, it doesn't mean it is shutting down. “Many businesses that declare bankruptcy keep operating. And, in fact, absent a contract clause that allows a group to cancel if the property declares bankruptcy, a group very likely will not be able to cancel its contract if the hotel is still performing,” says Grimes.

How do you know if your hotel in a tough financial position? Dunn recommends periodic check-ins with the property. “These are conversations, they're not confrontations. But checking in can help you get an idea if there is going to be an issue,” she says. Grimes suggests regularly researching the property online and networking with other planners.

“The bottom line is that planners need to be proactive and seek out information to confirm that their meeting properties will be ready, willing, and able to perform,” says Grimes. “If you see any indication that the property is in trouble, ask questions and then take action to protect your groups.”