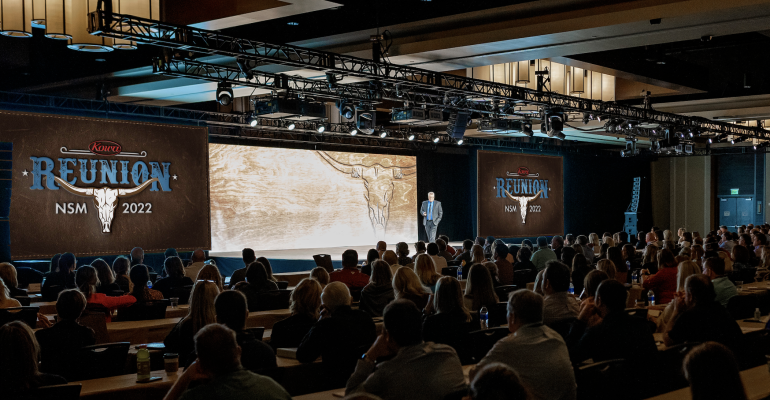 After two years without reps seeing each other, Kowa Pharmaceuticals America’s planning team had to find ways to balance attendees’ social and educational priorities. Some of the event's revisions will be permanent.

As nearly 400 Kowa Pharmaceuticals America employees prepared to come to San Antonio in late March for their first in-person meeting in two years, planner Inga Hunter had her hands full. In addition to trying to build an event that would educate sales reps on a new Kowa drug that had just received FDA approval, she had to account for her colleagues’ desire to catch up with one another and celebrate their business success after two years of mostly working from home. In short, the event’s logistics and agenda would have to change from previous years to reach the objectives of both management and attendees.

“It has taken me a few years to move us out of the same basic framework for the event and to get some new things in there,” Hunter says. “But this was really the first time [management] gave me more leeway because this year was different, and everybody was so ready to see each other again. That made it fun.”

Over the past decade, the event had become a “space hog,” requiring considerably more meeting space—at least 30 breakout rooms—than most hotels will set aside for a group that typically uses about 160 guest rooms per night with double occupancy. “Even though we had more people from the home office at the event this year plus employees from a Spanish company we partnered with on the new drug, we were still at about 380 people,” Hunter says. “We’ve had trouble getting into some cool properties because of our space-to-rooms ratio.” As a result, Kowa has often used guest suites as breakout spaces to get a property to host the meeting.

It turns out that having the awards program the first night was a big momentum boost for the remainder of the meeting. “We incorporated the 2021 award winners into this year’s production because they didn't get to walk across the stage last year,” says Hunter. And rather than have winners stand on stage to be introduced and accept their award, “we made it more like the Grammy or Emmy ceremonies: People were announced and got to walk up and get their photo taken, which we mailed to their home with a certificate.” With a quicker pace required to recognize a greater number of people, the proceedings were more energetic and “everybody said they really enjoyed it,” Hunter notes.

A Twist in the Tale
One complication that arose from switching nights for the recognition and social events was that it could potentially affect the educational aspect of the meeting. How? “We had a different approach [to training] this year because the new product is perhaps the most intense one we’ve ever had, and our people needed to be certified for it on the last day of the meeting,” Hunter says. 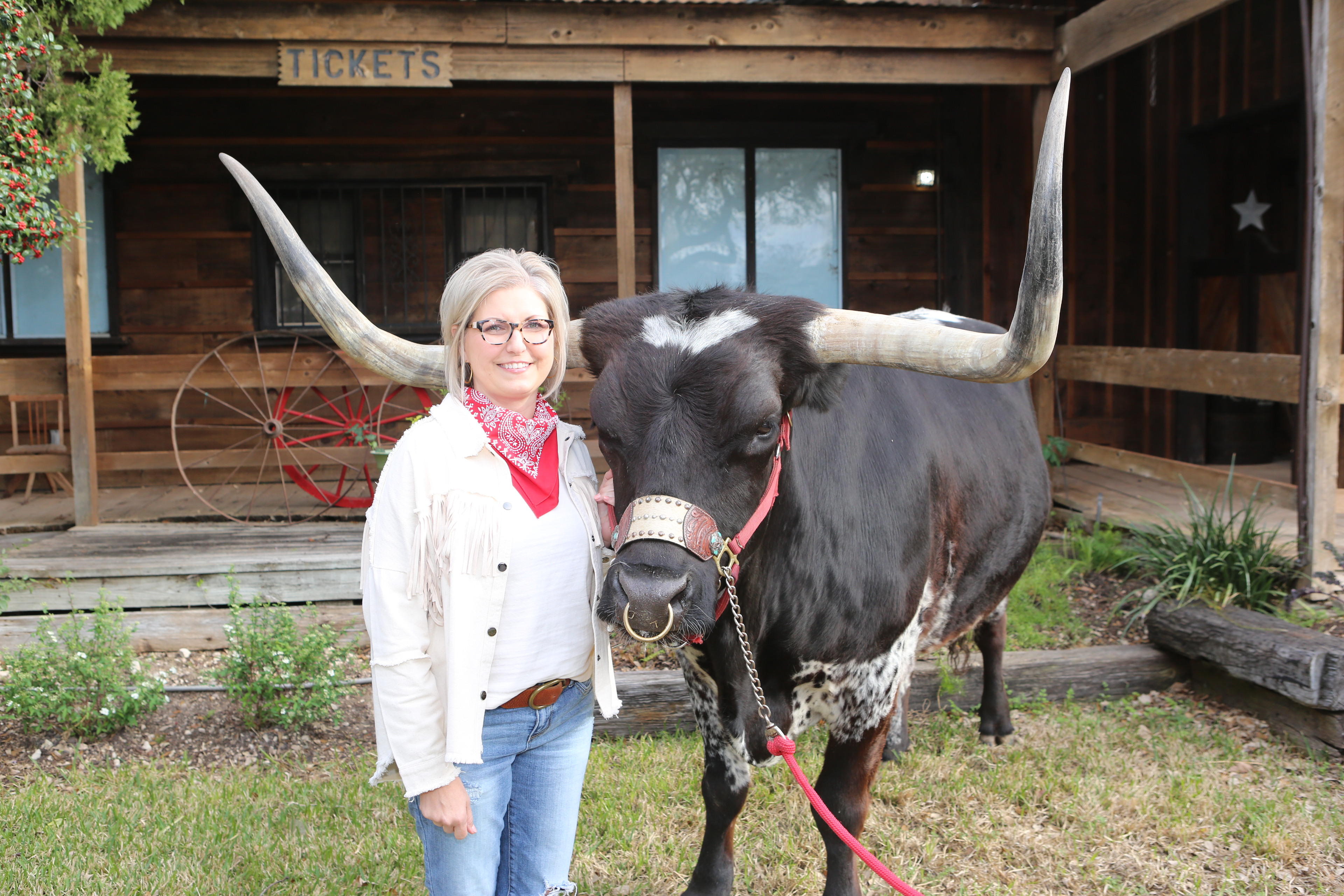 With the rodeo event happening the night before the verbal certification exams, she was worried that many reps would simply skip the social outing. But with a 6 p.m. arrival at the arena, a quick informal dinner, and a one-hour rodeo performance, Hunter (in photo) made sure that people could get back to the hotel by either 8:30 or 9:30 for additional study or sleep ahead of the morning exam.

“Almost everybody came for the food and the rodeo,” she says. “The fact that they all participated in an off-site event when they were concerned with certification meant a lot to me—it was clear that they really wanted to spend time with each other and network, and we gave them that opportunity” rather than simply scheduling a free night.

In the week after the meeting, Hunter found that her executives were “highly satisfied with the meeting. Everybody loved the property, the ‘Reunion’ theme, the staging. It just felt like a different type of Kowa meeting to me, in a really good way.”