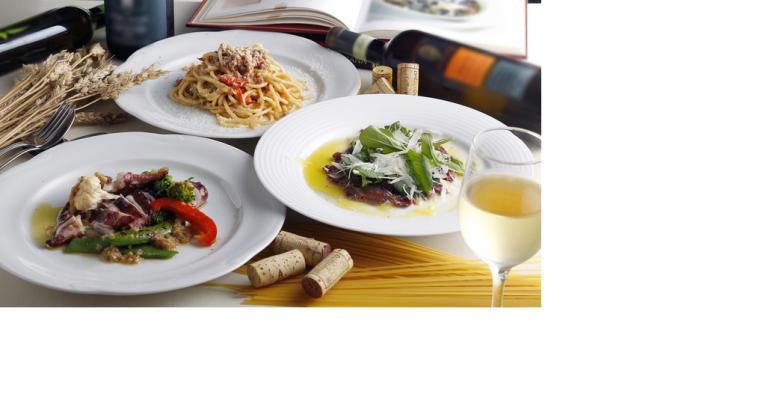 A Virtual Annual Meeting as a Three-Course Meal

How to lure online attendees with free “content appetizers” in order to get full price for the rest of your virtual annual meeting.

In early April, when conventions and trade shows across most industries began to tumble like dominoes, Clar Rosso flipped her perspective about AICPA & CIMA’s 3,500-attendee annual meeting, called Engage 2020, that was scheduled for Las Vegas in mid-June. 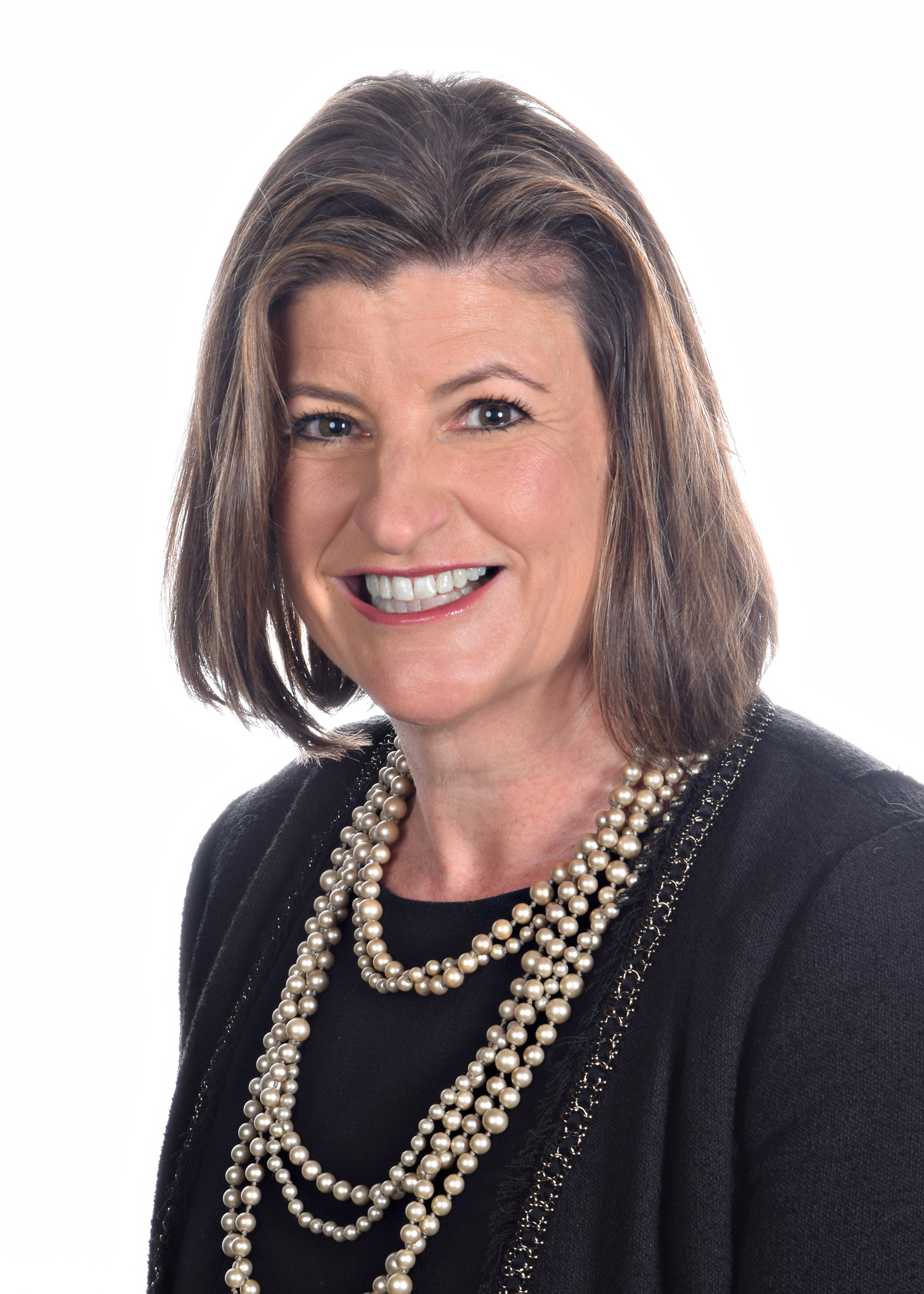 Rosso (in photo), executive vice president of engagement and learning innovation for the Association of International Certified Professional Accountants and the Chartered Institute of Management Accountants, “assumed at that point that we were going to have to go virtual and immediately start reimagining the meeting’s elements—but also be ready to do the event in person if things settled down,” she says. “We just didn’t want to sit on the fence for many weeks like some organizations did before scrapping the in-person event and starting on the virtual conversion.” She and her team needed every one of those 12 weeks to make the online experience something for which members would be willing to pay full price.

To give the education and planning teams as much time as possible to create effective and glitch-free virtual sessions, Rosso and her executive team decided to break up the annual meeting into three parts. The first part would take place over the original dates of the June in-person event; the second part would take place during the fourth week in July; and the third part would be scattered across the remaining five months of the year to minimize the need for attendees to block out large chunks of time.

There was, though, another change in the event that was a bit more risky: The first part would be free to members and nonmembers. “We knew we had to draw people into attending virtually, so we shortened the length of each day versus the in-person agenda to about five hours a day,” Rosso notes. “This ‘part one’ was a great testing ground for us. We worked with the technology provider we used for our individual virtual sessions in the past, but this gave us a chance to test our system and make sure it could handle a higher capacity than we had ever done before.” 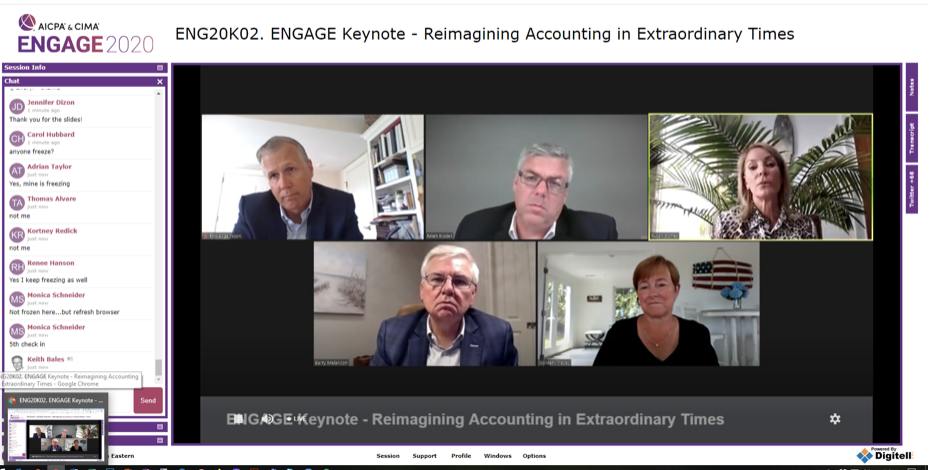 To ensure an engaging experience, each online session had a producer to monitor the speaker and the slide presentation and what appears on participants’ screens, plus a moderator for the chat forum. In total, “it makes things a little more dynamic for participants,” Rosso says. Larger sessions also employed a “social Q&A” feature, whereby the audience votes on which attendee questions they want answered first “so that the speaker prioritizes and we make sure we’re satisfying people’s needs.” Real-time polling is also done during most sessions “to increase the relevancy of the presentation and guide speakers to directly address the audience’s needs.”

One feature that also resonated with attendees was a “notes” tab that allows attendees to type notes in a box in a corner of their screens; that file is then sent to the attendee when the session ends. Another useful feature is real-time transcription. “If you miss something, you just click the tab and see the recent segments of the discussion in text form,” Rosso notes.

On to the Main Course
With more than 2,500 people attending the June “appetizer” segment of Engage 2020, Rosso was hopeful that the audience would be close to that number for part two in July—even though pricing for the remainder of the conference was just about the same as it would have been for the in-person event.

“The content of our conferences is very valuable to our members’ work, so we want to price the in-person and the virtual similarly in order to reflect that,” Rosso says. “We scaled back the price a bit only because we scaled back the total number of content hours versus being on site. And people have been fine with the price, because we emphasize their access to experts plus the convenience and cost savings of not having to travel.”

In fact, 2,500 people—70 percent of them June attendees and 30 percent new attendees—paid to participate in the continuation of the annual meeting. There were a few pricing options. First was the “all-access pass” that gave registrants entry not only to July’s five consecutive days of educational, networking, and entertainment sessions, but also to the two or three individual virtual sessions taking place in each subsequent month in 2020. Alternatively, attendees could purchase all the sessions in a given conference track or purchase an “eight-pack” allowing them to attend eight sessions across all tracks.

Part two of Engage 2020 offered six hours of educational content each day, but “we also had some breaks and evening events geared towards networking and being social, and in some of them we used Zoom for small-group videoconferencing.” 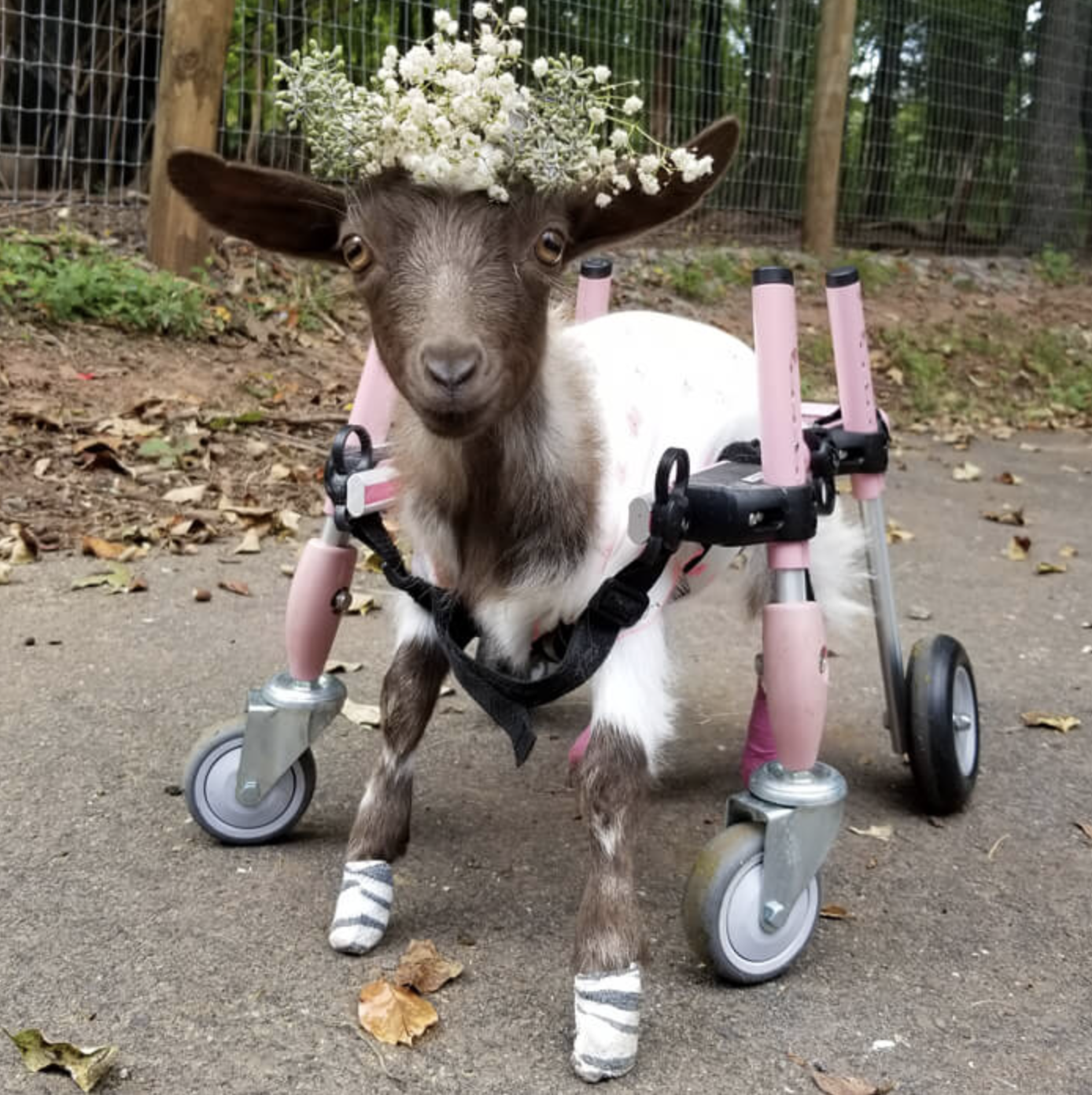 For breaks between educational sessions, “we did 10-minute guided stretching routines that were very popular,” Rosso says. “We also had virtual tours of the ‘Goats of Anarchy’ sanctuary (photo here) that takes in animals with disabilities. The farm actually brings some of the animals into your Zoom session. Attendees were so excited by it that they brought family members into the session. That is an experience you can’t replicate at an in-person meeting.”

For evening sessions, “we coordinated happy-hour gatherings where the estate-planning specialists and other focused communities could meet via video among themselves.” To do that, Rosso used NERO (photo below), an application that allows people to navigate a virtual seating chart with roundtables and reserve a seat at a particular table based on discussion topic or titles of others at a table. Lastly, “we had two different musical events, plus a series of mixology classes where attendees could go into a room for vodka, for scotch, or for tequila and learn how to make cocktails. People really liked seeing one another and talking during those events; we got several hundred people to attend each evening.” 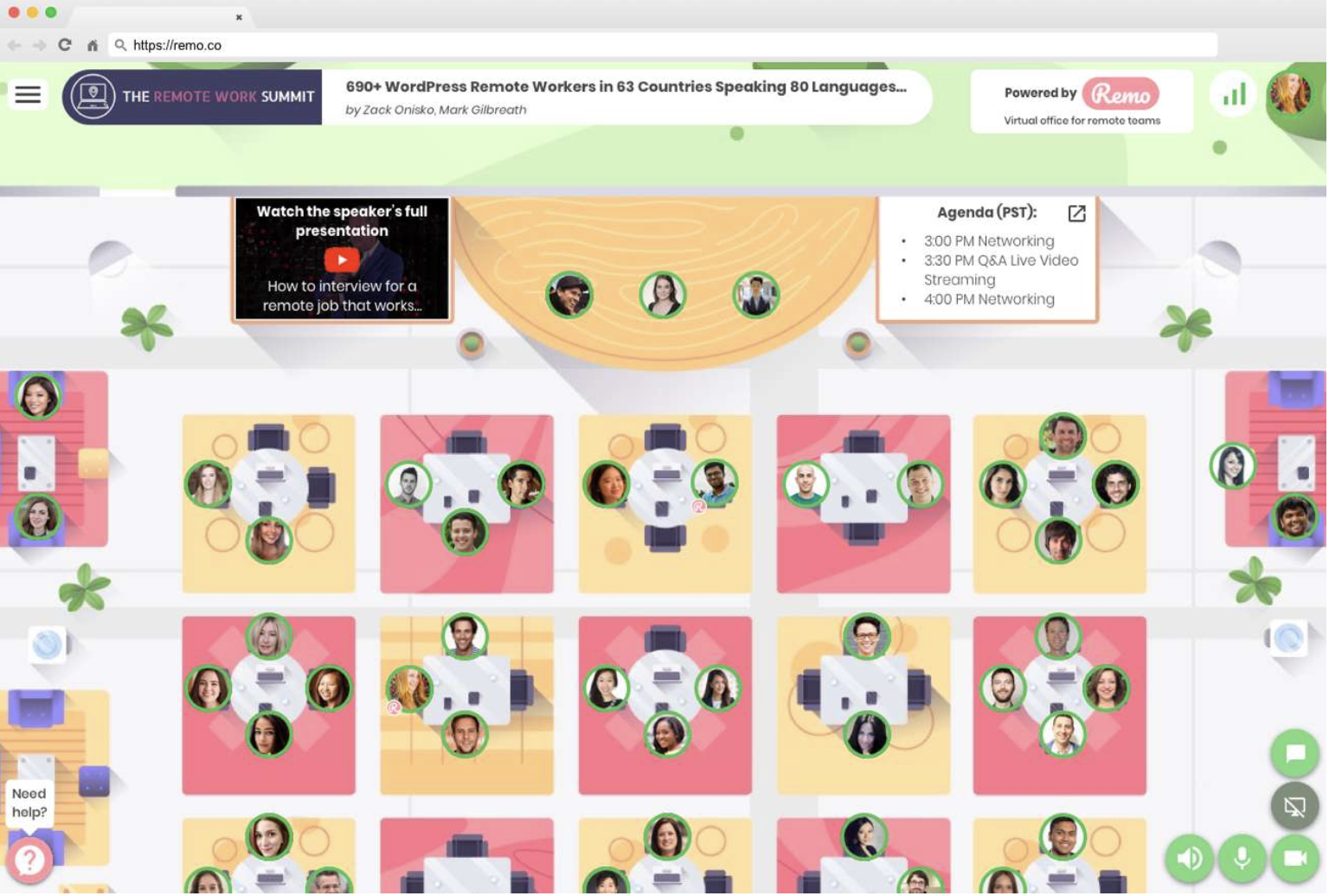 To recreate an exhibit hall that was more than simply appointments for attendees to speak with vendors, both the June and July events offered a lounge environment where any participant—attendee or supplier—could see who was there and start a conversation.

Making Changes on the Fly
One thing Rosso finds particularly valuable with a multi-part annual meeting is that “we are able to take what we learn from the previous part and make it better for the next part. Testing different elements and learning from them is easy to do in this environment. These aren’t just on-demand courses that you keep out in the market for a year; they are sessions that you recreate for every subsequent conference, so your continuous improvement gets noticed by attendees.”

As for Engage 2021 scheduled for next June, “right now I think it’s a 50-50 proposition as to whether we do it in person,” Rosso says. “We have to plan to go in person, but it seems that at least the first half of 2021 is going to be virtual for most business events. Our event falls right on the cusp of that time frame, so we have some decisions to make. We will be prepared to go fully virtual again, and because this situation has forever changed how we think about delivering education, we know we’ll be even better at it.”