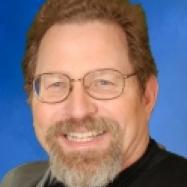 Dr. Bob, as he’s called, is considered one of the world’s leading experts on employee motivation, performance, engagement, recognition, and rewards. He is president of Nelson Motivation Inc., a management training and consulting company. He has worked with many Fortune 500 companies, is a co-founder of Recognition Professionals International, and was chief of staff for Dr. Ken Blanchard (The One Minute Manager) for 10 years. Dr. Nelson has sold four million books on management and motivation, including 1001 Ways to Reward Employees (now in a new edition entitled 1501 Ways to Reward Employees); appeared extensively in the national media, including CBS 60 Minutes; and been featured in The New York Times, The Wall Street Journal, and other media discussing how to best motivate today’s employees.

Bob Nelson’s Motivation Matters: Keeping Up in a Down Economy
Jan 25, 2010
...
Motivation Matters: Give Meetings and Incentives a Break!
Sep 01, 2009
Getting together, face to face, is more important than ever for businesses right now.

Pfizer Runs With Employee Idea to Help the Unemployed
Aug 01, 2009
When its staff suggested that Pfizer provide free medicine to people who were laid off, the pharma giant listened.
Motivation Matters: 7 No-Fail, Get-Them-Talking Ideas
May 01, 2009
If attendee dialogue is the heart of your face-to-face meetings, read on.
An Interview With Bill Marriott
Mar 01, 2009
This industry leader has fostered a culture of recognition and opportunity.
More From Bill Marriott: Weathering Tough Times
Feb 10, 2009
It’s easier to take care of people in good times, but what about the bad times? Is it still possible (or practical) to take care of people in tough times? As Bill Marriott, chairman and CEO of Marriott International...